Xander Bogaerts received praise from a National League counterpart: Though he’s in the top-10 of several statistical categories for hitting and was the starting shortstop for the American League in Tuesday’s All-Star Game, Xander Bogaerts is apparently underrated.

That’s the claim made recently by Rockies shortstop Trevor Story.

“The A.L./N.L. kind of keeps us apart, but man, he’s so underrated it’s unbelievable,” Story told MassLive’s Christopher Smith prior to the Home Run Derby on Monday. “He’s such a good player on both sides of the ball. I appreciate just the way he goes out there every day and posts every day. It feels like he’s getting an extra-base hit every day. He’s just a really productive player. And he’s good for the game.”

Bogaerts, 28, went 2-3 with an RBI in the All-Star Game. Yet Story thinks he doesn’t get talked about as much as other MLB stars at the same position.

“I’m not sure why that is,” Story told Smith. “I think from a player’s standpoint, he’s earned that respect. He in my eyes is one of the top shortstops, for sure.”

Trivia: Shohei Ohtani became the second Japanese pitcher to ever start an MLB All-Star Game. Who was the first?

Tuesday was tough for goalkeepers: During a preseason friendly, Arsenal goalie Arthur Okonkwo misplayed a back-pass in a 2-1 loss to Hibernian.

And in a Tuesday night Gold Cup match, Grenada goalkeeper Reice Charles-Cook made one too many cut-backs, and former Revolution striker Jerry Bengtson pounced. Honduras went on to win, 4-0.

Daily highlight: Angels first baseman Jared Walsh was put into left field during the All-Star Game despite having no Major League experience at the position. But in a clutch moment, he made a sliding catch to save Red Sox reliever Matt Barnes in a tough moment following Kris Bryant’s line drive. 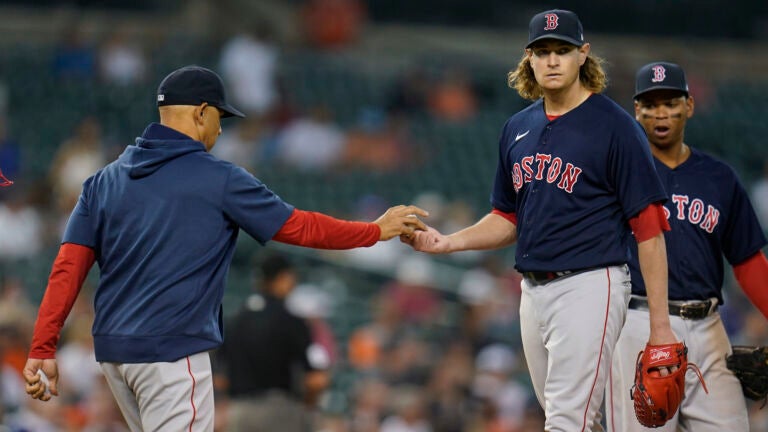