The Revolution defeated the Union at Gillette Stadium on Sunday evening, 2-1. Goals from Matt Polster and Gustavo Bou (along with several timely saves from Matt Turner) helped stretch New England’s lead atop the Eastern Conference to 10 points.

Elsewhere on Sunday, the Red Sox blew a five-run lead and lost to the Blue Jays, 9-8. Boston now trails Tampa Bay in the American League East by four games.

And the Celtics defeated the Hawks 85-83 in the NBA Summer League. Payton Pritchard led Boston with 23 points.

Peyton Manning and Tom Brady: On Sunday, the Pro Football Hall of Fame held the ceremony for its 2021 inductees. Among those included in the group was retired quarterback Peyton Manning.

After spending most of his illustrious career locked in a rivalry with Tom Brady, Manning fittingly mentioned Brady in his speech. It helped that the 44-year-old Brady was present in the Canton, Ohio crowd.

Manning’s mention of Brady elicited a chorus of boos from the crowd, which was dominated by Colts fans.

“By the time Tom Brady is inducted in his first year of eligibility in the year 2035, he’ll only have time to post his acceptance speech on his Instagram account,” joked Manning.

Brady wasn’t the only former Manning opponent to mark the Hall of Fame moment. Asked about Manning’s career, Bill Belichick called him “definitely the best quarterback I’ve coached against” in comments made to Ben Volin of the Boston Globe.

“There have been quarterbacks who called their own plays, but it was nowhere near the same as what he did,” Belichick explained. “He basically called every play by adjusting and/or changing the play once he saw what the defense was doing. He excelled at using the cadence and recognizing blitzes, and more than any one single offensive player, he forced us to change and adapt defensive game plans.”

Trivia: Delino DeSheilds Jr. was recently traded to the Red Sox in a deal with the Rangers. His father, Delino Sr., was also a Major League player (putting together a 13-year career). Delino Sr. was traded only once in his career in a one-for-one swap in which what future Red Sox Hall of Famer went the other way?

Hint: The Red Sox were not involved in the trade, but it involved a Canadian MLB team.

Draymond Green got a FaceTime from Tom Brady after winning the gold medal with Team USA:

On this day: In 1988, the Edmonton Oilers and Los Angeles Kings shocked the world by agreeing to a trade involving superstar Wayne Gretzky.

Daily highlight: N’Keal Harry made a diving catch to haul in a touchdown pass from Cam Newton at Patriots training camp on Sunday. 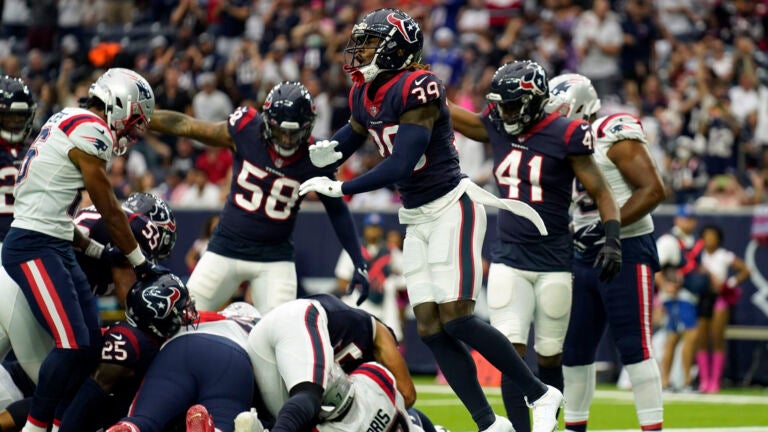 Patriots struggling more than usual with miscues early in 2021