The Red Sox lost to the Rays on Tuesday night, 8-4. Since July 29, Boston is 2-10, and now trails Tampa Bay by five games in the American League East. The two teams match up again tonight at 7:10 p.m.

Also on Tuesday, the Celtics moved to 2-0 in the NBA Summer League with a 107-82 win over the Nuggets. Aaron Nesmith erupted for 33 points, shooting 7-9 from 3-point range.

Dylan Cozens on his Patriots tryout: After playing parts of nine seasons in professional baseball — including 27 games at the Major League level for the Phillies in 2018 and 2019 — Dylan Cozens decided to switch it up.

The 27-year-old decided earlier in June that he wanted to pursue playing professional football instead. After playing 31 games in the Brewers’ organization in the 2021 season, the 6-foot-6, 245-pound Cozens announced he was stepping away from baseball.

The Patriots were apparently watching this development, as Cozens recently told ESPN reporter Mike Reiss that he believes New England saw his tweet, and reached out.

New England recently had Cozens in for a tryout.

“I really appreciate the opportunity the Patriots gave me,” Cozens told Reiss. “That’s all anyone could hope for — a chance. For them to take a chance, and even work me out, was pretty cool I thought.”

Cozens signed with the Phillies as a second-round pick in 2012 out of high school. In 2016, at the Double-A level, he hit 40 home runs and stole 21 bases. He collected six hits in 39 at-bats at the Major League level (including one home run).

Since he hadn’t played organized football since his days as a multi-sport star at Chaparral High School in Scottsdale, Arizona, Cozens understands that he still has a ways to go before he could potentially make an NFL roster.

Hint: He was a Patriot for Super Bowls XXXVI, XXXVIII, and XXXIX.

The No. 1 and No. 2 picks from the 2021 NBA Draft: Cade Cunningham (the first overall pick) scored 20 points while Jalen Green (the second overall pick) totaled 25 points as the Rockets beat the Pistons in the Summer League matchup.

On this day: In 2008, Jason Lezak staged an incredible comeback to help the U.S. men’s 4×100 freestyle relay team win gold. It was Michael Phelps’s second of what would eventually become a record eight gold medals in one Olympics. 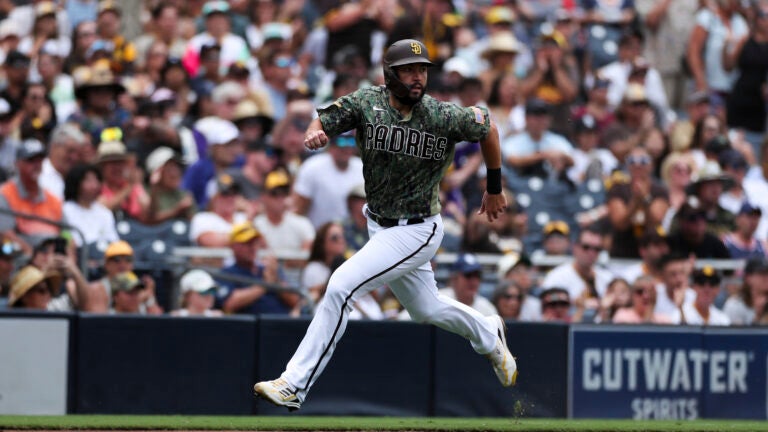