The Red Sox defeated the Mariners 9-4 on Wednesday after scoring six runs in the 10th inning. Boston still trails the final American League wild card spot (currently held by the Blue Jays) by a fraction of a win percentage point.

Also on Wednesday, the WNBA-leading Connecticut Sun defeated the New York Liberty, 98-69. It’s Connecticut’s 13th win in a row, taking the team’s record to 25-6 with only one regular season game remaining before the playoffs begin.

While Harrison noted “uncharacteristic mistakes” on offense — penalties and fumbles — he reserved his strongest criticism for the defense. Specifically, the defensive line and linebacker units.

“This is supposed to be a faster, more athletic defense,” Harrison explained. “I was just really stunned by the Patriots’ front seven.”

The Patriots (and the team’s front seven) will get another chance to prove themselves in Week 2’s Sunday matchup against the Jets at 1 p.m.

The Red Sox made this double play look easy: José Iglesias flipped to Xander Bogaerts who zipped it to Bobby Dalbec to turn two in style.

Daily highlight: Javier Eduardo “Chofis” López scored a hat-trick despite the San Jose Earthquakes’ 4-3 defeat to Real Salt Lake on Wednesday. Each of Chofis’s three goals was exceptional. While the first was a perfectly placed volley into the far corner, the second was somehow even better:

And to top it off, Chofis somehow hit an Olmpico (scoring directly off a corner kick) to clinch the hat-trick: 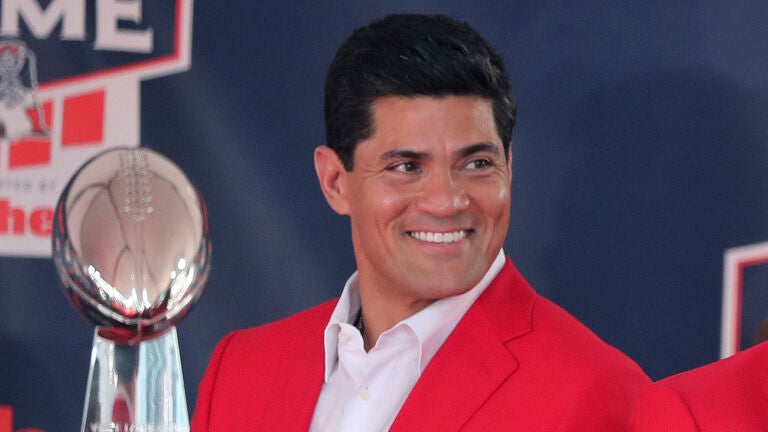