Tonight at 7:10 p.m., the Red Sox begin a three-game series against the Yankees at Fenway Park. Boston enters the pivotal matchup two games up on New York for the top spot in the American League wild card standings (with the Yankees leading the Blue Jays by a game for the second spot).

On Saturday, the Revolution host Orlando City at 7 p.m. New England clinched a playoff spot with Wednesday’s win in Chicago, and is looking to move closer to a top playoff seed and the potential of winning the Supporter’s Shield.

And on Sunday at 1 p.m., the Patriots face the Saints at Gillette Stadium.

Bruce Cassidy on Tuukka Rask: With the start of Bruins’ training camp, one of the major questions looming over the team is the future of goaltender Tuukka Rask.

The 34-year-old is currently an unsigned free agent, and has been in and out of the team’s Warrior Ice Arena facility as he rehabs his surgically repaired hip following a torn labrum.

As the Bruins’ all-time leader in wins in goal, Rask said in August that he remains hopeful of a return in the upcoming season.

The issue for the team is that Boston already has two options at goalie, with promising 22-year-old Jeremy Swayman and 28-year-old Linus Ullmark (who signed in the offseason on a four-year contract worth $20 million).

Asked if the situation could get “sticky” if Rask reenters the picture, Bruins head coach Bruce Cassidy admitted the possibility that it could.

“We’ve talked to both our goalies about our entire goaltending situation and where Tuukka’s at,” Cassidy told reporters. “I can only go with what Tuukka’s told everyone else, that he’d like to stay and return to Boston.

The Bruins begin the season Oct. 16 at TD Garden against the Dallas Stars.

On this day: In 1919, Red Sox pitcher and outfielder Babe Ruth set the Major League home run record with his 28th (and final) of the season.

It was, as the Boston Globe account noted at the time, a record which seemed so daunting it “may never be equalled.”

But events quickly precipitated a famous (or infamous, depending on the city viewpoint) transaction. Ruth was sold to the Yankees during the offseason, and got his wish to play in the outfield almost exclusively, pitching only five more times through the rest of his career.

Allowed to focus on hitting, he shattered his own record the very next season, swatting a staggering 54 home runs in 1920. Ruth would go on to break that record two more times, culminating in his iconic 1927 season, in which he hit 60 home runs.

Daily highlight: Marshall faked out everyone — including ESPN’s cameraman — for a kickoff return touchdown during a 31-30 loss to Appalachian State on Thursday night. 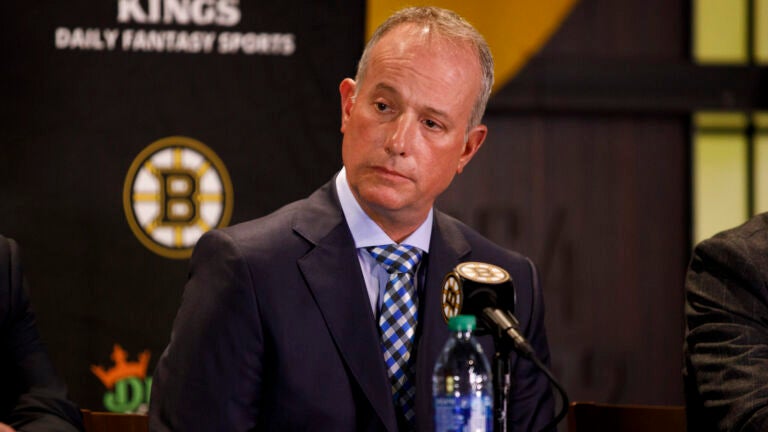