The Revolution set a new Major League Soccer record for points in a season with 73 following Wednesday’s 1-0 win over the Colorado Rapids.

New England has one regular season game remaining (on Nov. 7) before the playoffs, in which Bruce Arena’s team will be the No. 1 seed and have home-field advantage throughout.

Elsewhere, the Celtics and Bruins both lost.

The Patriots make the trip to play the Chargers in Los Angeles this Sunday at 4:05 p.m.

The pre-draft Jimmy Garoppolo trade rumor: In his recent book, “It’s Better to Be Feared,” Seth Wickersham details an insider history of the Patriots’ dynasty going back multiple decades.

But in one particular passage, Wickersham also touched on a subject that remains relevant in discussing the current team.

Specifically, Wickersham noted that the Patriots reached out to the 49ers about Jimmy Garoppolo prior to the 2021 NFL Draft.

“There was an informal call between a high-level representative of the Patriots and a high-level 49ers official,” Wickersham wrote. “What was Garoppolo’s price? New England wondered if a second-rounder would suffice—calling it even from 2017. But the 49ers wouldn’t take less than a first.”

Asked about it on Wednesday, 49ers head coach Kyle Shanahan denied that New England had reached out.

“No. None,” Shanahan said when asked if there was truth to the report. “I’d also like to not keep answering questions about a book. I promise, if that was the case, I would have talked to their head coach.”

San Francisco traded three first-round picks to the Dolphins in order to move up from the 12th overall pick to select quarterback Trey Lance.

Trivia: If the Astros win the World Series, Houston will join a group of four other Major League teams to have won multiple championships in the 21st century. Name those four MLB teams.

A closer look at the Revolution’s record-setting season (so far):

On this day: In 2007, the Red Sox defeated the Rockies 4-3 to win the World Series in a four-game sweep. Bobby Kielty’s pinch-hit home run in the eighth inning proved to be the difference, as Jonathan Papelbon recorded the final out via strikeout.

Daily highlight: Dairon Asprilla of the Portland Timbers scored an absolutely preposterous bicycle kick goal to help give his a team a 2-0 win. 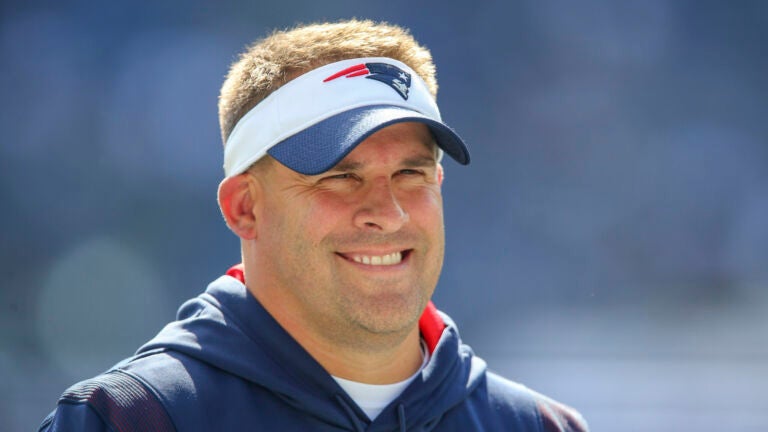