Tonight at 8:15 p.m., the Patriots face the Bills in Buffalo in a highly anticipated AFC East matchup.

New England is currently the top seed in the AFC after the Ravens’ loss on Sunday.

Elsewhere, the Boston Pride completed a two-day sweep of the Toronto Six on Sunday with an 8-2 win.

Asked by WEEI’s Rob Bradford about the possibility of Suzuki, a 27-year-old outfielder, coming to Boston, Brasier sounded ecstatic.

“When I saw they were in talks involving Seiya, I was like, ‘Oh man!’ He’s a good, good player,” Brasier told Bradford. “I would have zero problems with him being with Red Sox, I will tell you that.”

Brasier added that he thinks Suzuki is a “stud,” and that “he was by far our best hitter” when the two were teammates in Hiroshima.

Suzuki is coming off a season in which he hit 38 home runs with a .317 average and an OPS of 1.072. He was also a member of Japan’s gold medal-winning baseball team at the Tokyo Olympics. The Carp posted him for MLB teams to bid for on Nov. 22, giving Suzuki a path to leave Japan (where he’s played his entire career).

In comparing him to a member of the 2021 Red Sox, Brasier chose a player who Boston recently traded.

The obvious obstacle to Suzuki joining the Red Sox in the short term is the MLB lockout, which began earlier in December. Suzuki will have 20 days to negotiate with MLB teams when the lockout ends.

Matthew Judon’s message to Marlon Humphrey: Judon, a former Raven, tweeted support to his former teammate after Humphrey suffered what is potentially a season-ending shoulder injury on Sunday.

The reaction inside the Lions’ locker room after winning for the first time in the 2021 season on Sunday:

On this day: In 1974, the Celtics defeated the Rockets 120-114 behind 38 points and 11 rebounds from Dave Cowens and despite 41 points from Houston forward Rudy Tomjanovich.

Daily highlight: Destinee Wells hit a halftime buzzer-beater from behind the logo in a Belmont loss to Louisville on Sunday. 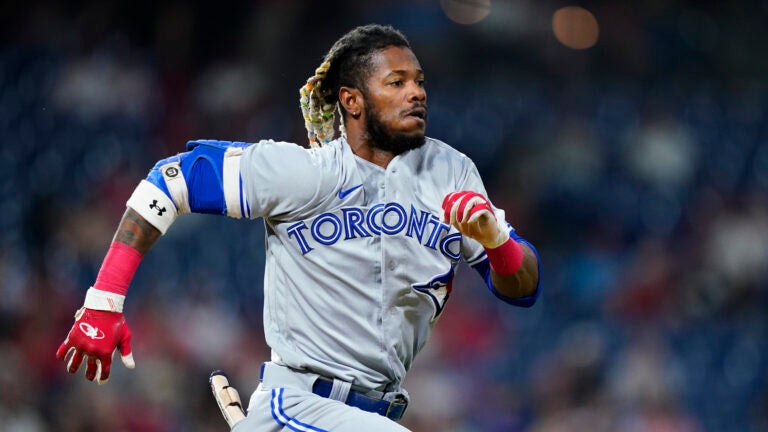