Boston plays again on Wednesday, hosting the Cavaliers at 7:30 p.m.

Bills fans are at it again: In 2020, Bills fans—commonly known as “Bills Mafia”—amassed enough votes in a Fox bracket to be crowned as the “best fans in football.”

As reward, Fox paid for a billboard posted near another team’s stadium. In a nod to the rivalry with the Patriots, Buffalo fans chose the billboard to be placed right down the road from Gillette Stadium.

Flashing forward to 2021, Buffalo fans have done it again. After repeating as champions in the Fox bracket, Bills fans once again chose to have a billboard touting their win placed on Route 1 right near the Patriots’ home stadium.

New England (9-5) and Buffalo (8-6) will face each other for the second time this season on Sunday at 1 p.m., not far from Bills Mafia’s billboard.

Trivia: The last time the Bills won back-to-back AFC East titles was in 1990-1991 (a period in which Buffalo actually won four in a row dating back to 1988). Who was the Patriots quarterback in the final year (1991) of the Bills’ reign?

Hint: He started 13 games for New England that season, most in any season of his career. He was picked by the Rams out of the University of Washington in the third round of the 1986 draft.

The NHL and NHLPA agreed to a pause in the season: With the uptick in COVID-19 cases across the league, the NHL will stop playing until Dec. 26.

And on Tuesday, Mikaela Shiffrin won her 72nd World Cup race, defeating the field by a combined 0.86 seconds over two runs.

With the 2022 Winter Olympics coming up in February, the U.S ski team appears to have multiple paths to winning medals.

On this day: In 2001, as the Red Sox were in the process of being sold, then-Boston general manager Dan Duquette made what would prove to be a major free agent signing.

Johnny Damon, one of the best centerfielders in baseball, signed with Boston on a four-year deal worth $31 million. Damon’s carefree style and (eventual) long hair would become iconic as part of the 2004 Red Sox, a team that finally broke the 86-year World Series drought. 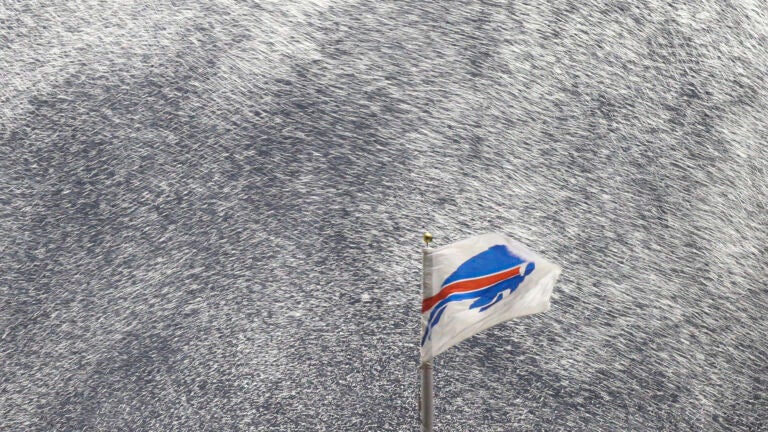