The Red Sox lost to the Yankees 13-2 on Sunday. The bad news was compounded by Chris Sale leaving the game in the first inning after suffering a fracture in his pinky finger following being struck by a line drive from New York outfielder Aaron Hicks. Sale, having only just returned from injury, is set to see a medical specialist.

Also on Sunday, the Red Sox selected three high school players in the first two rounds of the MLB Draft. In the first round, Boston picked shortstop Mikey Romero.

And at the British Open, 28-year-old Australian Cameron Smith shot a final-round 64 to win his first career major.

With All-Star festivities underway, the 2022 home run derby begins this evening at 8 p.m. The All-Star Game itself will be played on Tuesday, starting at 7:30 p.m.

Christian Barmore heading into his second season: Though quarterback Mac Jones draws much of the attention among Patriots heading into their second NFL seasons, one player on the defensive side is garnering potentially higher expectations.

Christian Barmore, 22, was New England’s second-round pick in 2021. As a rookie, he not only made an impact on the field, but impressed Bill Belichick with his work ethic and commitment to improving.

And according to a recent ranking of possible “breakout candidates” among second-year NFL players, Barmore has star potential.

“Even the greatest defensive tackle in modern football history, Aaron Donald, managed a meager 44 pressures as a rookie,” Renner wrote. “He has averaged double that in his seven seasons since.”

“So, when a second-rounder like Barmore racks up 48 pressures for the Patriots as a rookie, the football world should take note,” Renner continued. “Even scarier, we already saw him look like a different player in the second half of last season. He went from a 63.5 pass-rushing grade in the first eight weeks of the season to an 82.6 pass-rushing grade across the final nine. The latter figure was good enough for fifth best among defensive tackles over that span.”

Barmore finished the year with just 1.5 sacks, but as Renner pointed out, other (more detailed) metrics illustrated his actual impact.

“If Barmore improves, he will be a problem that offenses have to game-plan around very shortly,” Renner concluded.

Trivia: Who was the last Patriots defensive tackle to make the Pro Bowl?

Hint: He won Super Bowls in the first and last seasons of his New England career.

Some baseball lineage in the 2022 draft:

A photo from Red Sox first-round pick Mikey Romero’s past:

On this day: In 1998, the Red Sox hit four home runs in with two outs in the fourth inning. Donnie Sadley, Darren Lewis, Nomar Garciaparra, and Mo Vaughn all went deep. The seven-run inning led to a 9-4 win over the Tigers.

Daily highlight: Tim Parker saved a sure goal against the Houston Dynamo with a goal-line clearance in a 2-1 win on Sunday. 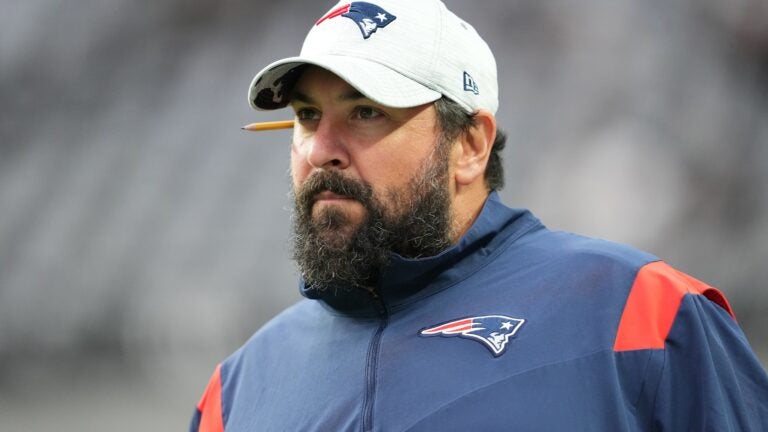