Tonight, the Patriots make the team’s preseason debut, facing the Giants at Gillette Stadium at 7 p.m.

Patriots starters will reportedly not play: When the Patriots take the field on Thursday for the team’s preseason opener against the Giants, the lineup likely won’t include Mac Jones and other New England starters.

According to ESPN reporters Mike Reiss and Dan Graziano, Jones and “most Patriots starters aren’t expected to play in tonight’s preseason opener.”

As Reiss noted, New England has a series of joint practice with the Panthers coming up, which will offer opportunity to continue acclimating to the team’s new offense in a more controlled environment.

The Patriots’ remaining preseason schedule includes games against the Panthers (Aug. 19) and the Raiders (Aug. 26). New England opens the regular season on Sept. 11 in Miami against the Dolphins at 1 p.m.

Trivia: In 2000, the Patriots played in the annual Pro Football Hall of Fame game. It was Bill Belichick’s first (preseason) game in charge of New England, and it was also the first NFL action for newly-drafted Tom Brady. Who did the Patriots play that day?

Hint: Two of the Hall of Fame inductees that year played for this team, each having won four Super Bowls.

On this day: In 2009, the Red Sox defeated the Tigers 7-5 thanks to a pair of Mike Lowell home runs. Lowell had originally been given the day off, but he entered the game when starter Kevin Youkilis was ejected for charging the mound against future Boston starter Rick Porcello.

Daily highlight: Nationals outfielder Victor Robles made an amazing full-extension catch in a 4-2 loss to the Cubs. 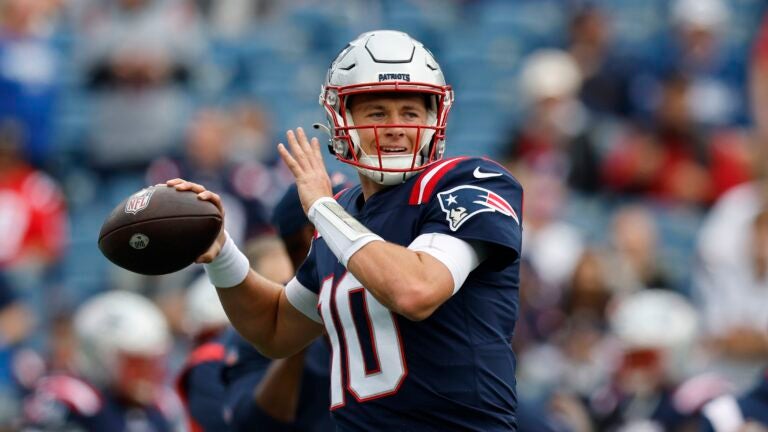