The Red Sox lost to the Pirates 8-2 on Thursday. Boston begins a three-game series against the Orioles tonight at 7:05 p.m.

Also tonight, the Patriots face the Panthers in a preseason matchup at 7 p.m.

On Saturday, the Revolution will be in Montreal for a game at 7:30 p.m.

Giants coach responded with a joke: Following the Patriots’ first preseason game against the Giants, a line from Bill Belichick gave some reporters the impression that the longtime coach may not have been pleased with New York’s consistent defensive strategy of blitzing.

“Well, with what the Giants were doing, there’s a lot of reasons for some of the things that we did just to try to manage the game,” said Belichick. “So, just leave it at that.”

“What do you make of the suggestion after the last game that you blitzed a lot for a preseason game?” a reporter asked Martindale.

“We’re on to Cincinnati,” Martindale replied without missing a beat. The Giants play the Bengals on Sunday.

It was a comedic nod at a famous Belichick line from the 2014 season (when the Patriots’ coach answered repeated press conference questions with the same line).

When asked a follow-up about how the Giants might have broken an “unwritten” rule to not blitz too much in preseason, Martindale again appeared unconvinced.

“If it’s unwritten, I don’t know. We’re on to Cincinnati,” Martindale repeated.

Trivia: In the Patriots’ 2014 win over Cincinnati — a Week 5, 43-17 defeat of the Bengals at Gillette Stadium — who led New England in rushing yards that day?

Hint: He was third-round pick out of LSU.

Woo Sox comeback: After trailing 8-2 in the fourth inning, the Worcester Red Sox came all the way back to win it 9-8 on a walk-off (the team’s second in two days).

A report on the Patriots’ preseason expectations:

The Connecticut Sun won Game 1 on Thursday: The Sun face the Wings in Game 2 in the best-of-three series on Sunday.

Daily highlight: Satou Sabally hit a first-half buzzer-beater from beyond half-court in the Wings’ eventual playoff loss to the Sun. 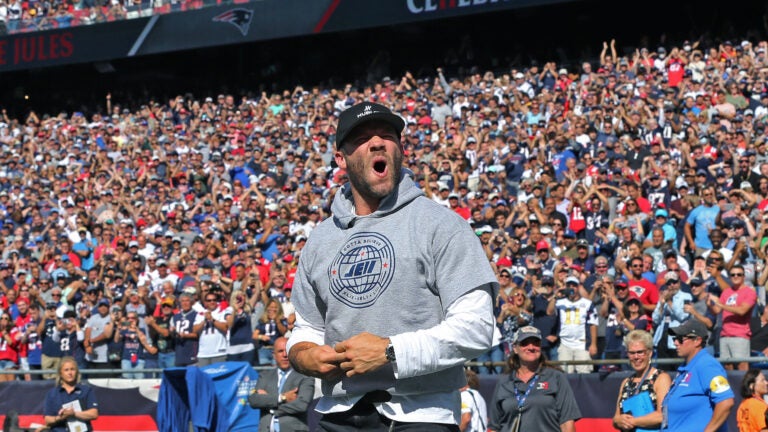