After losing to the Orioles on Sunday, the Red Sox begin a three-game series against the Blue Jays tonight at Fenway Park at 7:10 p.m.

The Patriots are in Las Vegas for a pair of joint practices with the Raiders on Tuesday and Wednesday. The two teams will then meet in a preseason matchup on Friday at 8:15 p.m.

Scott Pioli explained Bill Belichick’s approach to play-calling: Amid the continued focus on the Patriots’ unorthodox installation of former defensive and special teams coaches on the offensive coaching staff, a former New England front office executive reminded viewers that — in some ways — this isn’t as new of a concept as it might appear.

Scott Pioli, who worked in the Patriots’ front office from 2000 through 2009, discussed his old team’s situation with offensive play-calling during a segment for “Good Morning Football” on Tuesday.

Asked to comment on Belichick’s declaration during a Monday interview that “Ultimately, I’m in charge,” Pioli explained that this is a standard move.

“When he says that, he’s making sure that he’s trying to eliminate distractions and make sure that other people aren’t in the crosshairs,” said Pioli. “But if you just go back to the history of the Patriots, here’s what I know about how he delegates, whether it was Charlie Weis, [Bill O’Brien], Josh McDaniels, or on the defensive side, Romeo Crennel, and Dean Pees, whoever those coordinators were, he allowed them to do their job and do what they had to do.

“He always has — and every head coach always has — the opportunity to veto whatever that coordinator decides,” Pioli continued. “It’s the same thing that [Bill] Parcells did with Belichick when Belichick was the defensive coordinator at the Giants and the Patriots.”

In Pioli’s view, the ultimate aim of Belichick in a situation like this is to prevent outside speculation from affecting his team.

“So I think what’s important in this though is Bill’s primary job, or a general manager and head coach’s primary job is to eliminate distractions,” said Pioli. “This has become something that people want to make a distraction. Bill’s going to make sure that he squashes anything and everything that might be a potential distraction, not only to his players but his coaches. What he’s doing here is saying, ‘Hey, don’t worry about that. I’m in control, I will be ultimately responsible for this.’ Patriots fans, don’t worry. He’s got a plan and he’s sticking to it right now.”

A rare triple play: The Rangers got the last word, however, defeating the Twins 2-1 in the end.

On this day: In 1916, the Red Sox completed a four-game sweep of Cleveland with a 7-3 win in the series finale. Boston starter Dutch Leonard pitched seven innings, allowing three unearned runs.

The Red Sox would go on to repeat as World Series champions that year, the team’s fourth title.

Daily highlight: Nicaragua defeated Japan in a back-and-forth classic in the Little League World Series on Monday. The game originally began on Sunday, but was delayed due to inclement weather. It concluded with a dramatic moment in the 11th inning. 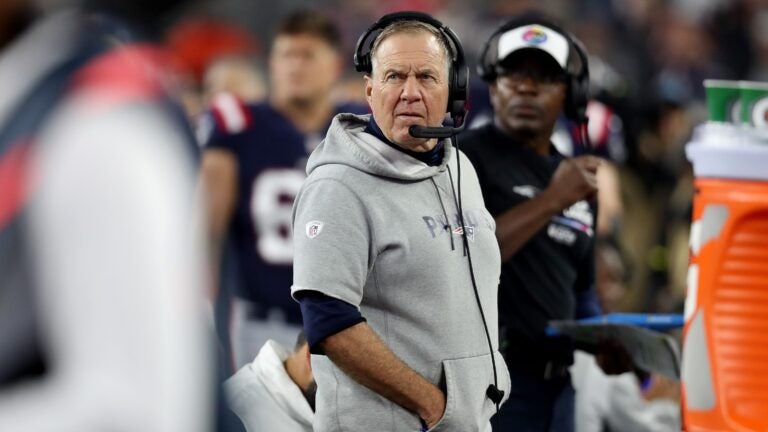