The Connecticut Sun defeated the Las Vegas Aces 105-76 in Game 3 of the WNBA Finals on Thursday. Connecticut’s win kept the best-of-five series alive, though Las Vegas still holds a 2-1 lead. Game 4 gets underway on Sunday at 4 p.m.

The Red Sox begin a three-game series against the Royals tonight (7:10 p.m.) at Fenway Park.

And on Sunday, the Patriots will be in Pittsburgh to play the Steelers at 1 p.m.

Flores, 41, spent the first years of his professional coaching career in New England. He worked his way up in the Patriots’ coaching staff before leaving to become head coach of the Dolphins in 2019. During his Miami tenure, Flores eventually led the Dolphins to back-to-back winning seasons.

Surprisingly, Flores was fired by the Dolphins earlier this year. Shortly afterward — and thanks in part to a series of mistaken Bill Belichick text messages — Flores launched a class-action lawsuit against multiple NFL teams (including the Dolphins) and the league itself, alleging racial discrimination.

Viewing things from afar, Patriots safety Devin McCourty approved of Flores standing up for justice. McCourty, who played under Flores for several years, said he admired his former coach.

“I have a ton of respect for him,” McCourty said on Thursday. “I think him taking a stand is right down his alley. He’s always preached to us, not only as football players but as men, having character, standing up for what you believe in. I shot him a text as soon as everything came out and told him I was behind him, had his back. That will never change.”

Even as the two prepare to line up on opposite sidelines, McCourty said he still thinks highly of Flores.

“That relationship will never change, even though you don’t get to talk as much during the season,” McCourty explained. “I hope he loses games, I hope we win games. That will never change. It was the same way with my brother. But always wish him the best and think a lot of him as a man and as a coach.”

Trivia: The Steelers’ defense recorded seven sacks in the Week 1 win over the Bengals. Which Steeler holds the team’s all-time sack record?

Hint: He briefly played for the Patriots in the final year of his career.

On this day: In 1965, Red Sox pitcher Dave Morehead threw a no-hitter against Cleveland in a 2-0 win (defeating future Boston pitcher Luis Tiant in the process).

On the same day, the Red Sox fired general manager Mike Higgins, replacing him with Dick O’Connell, who would go on to build multiple Boston pennant winners.

Interestingly, Morehead’s no-hitter was the last by a Red Sox pitcher in the 20th century. No other Boston player would record such a feat again until Hideo Nomo in 2001.

Daily highlight: Jarren Duran recorded a straight steal of home plate in a 5-3 win over the Scranton/Wilkes-Barre RailRiders on Thursday. 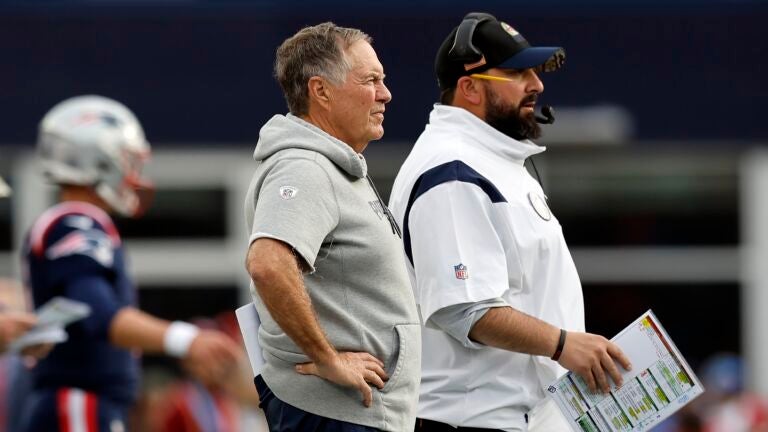