The Celtics rallied to defeat the Thunder 126-122 on Monday. Jayson Tatum led Boston with 27 points and 10 rebounds.

On Wednesday, the Celtics will be in Atlanta to play the Hawks at 7:30 p.m.

And on Thursday, the Bruins will be back in action to host the Flyers at 7 p.m.

The Patriots will face the Jets on Sunday at 1 p.m.

Kevin Durant’s reaction to Jayson Tatum’s technical foul: During the Celtics’ win over the Thunder on Monday night, Tatum was called for a technical foul in the second quarter for slapping his hands together after a whistle. The decision shocked Tatum, who appeared confused as to what had caused the call.

As Celtics television commentator Brian Scalabrine noted, the 24-year-old forward was possibly upset about a missed layup on a previous play, and may not have been reacting to the foul call that had stopped play shortly before his clap.

Tatum and Celtics fans’ surprise at the call was not alone.

Nets forward Kevin Durant, who was apparently watching the game on TV, weighed in on Twitter.

“Jayson Tatum just received the worst tech I’ve seen in the NBA in a while,” tweeted Durant. “I’m actually laughing.”

Tatum shook off the officiating choice and helped carry the Celtics to an eventual win over Oklahoma City. Through 14 games, he’s averaging 31.9 points per game.

Trivia: Kevin Durant was selected second overall in the 2007 NBA Draft. Who did the Celtics pick that year?

Hint: Selected fifth overall from Georgetown, the player was quickly traded to the Seattle SuperSonics.

Payton Pritchard’s clutch bucket: After getting the steal, Pritchard sprinted down for the third-quarter buzzer-beater.

Speaking of buzzer-beaters: Boston College’s Jaeden Zackery hit a half-court shot as time expired in the second quarter in the Eagles’ Monday game against Maine. Despite Zackery’s shot, Maine prevailed 69-64.

On this day: In 1992, Scott Zolak won his first career NFL start in a thrilling 37-34 overtime win against Jeff George and the Colts.

Assistant Dante Scarnecchia filled in as head coach for Dick MacPherson (who was away from the team with an intestinal disorder), guiding New England to its first win of what had been a miserable season up until that point. At 0-9 entering the game, New England turned to Zolak, then a 25-year-old in his second season.

Though things started poorly when Clarence Verdin of the Colts scored on a 53-yard punt return in the first quarter, Zolak led an inspired Patriots effort to keep the game close in the first half. On top of a 41-yard interception return from New England defensive back David Pool, Zolak threw two touchdowns, including a 65-yard score to Greg McMurtry with seconds remaining before halftime.

At the end of a back-and-forth 23-point fourth quarter, Charlie Baumann drilled a 44-yard field goal with no time remaining to send the game into overtime.

And after halting a Colts drive in overtime, the Patriots — led by Zolak — marched down the field to the one-yard line. From there, Baumann safely chipped the game-winning field goal, and New England had officially avoided the potential ignominy of a winless season.

Daily highlight: Kenyon Martin Jr. threw down an emphatic dunk in the Rockets’ eventual loss to the Clippers on Monday. 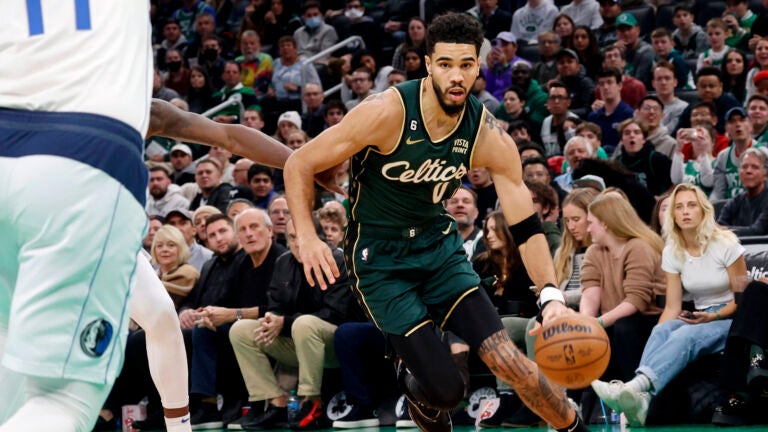