The Bruins face the Islanders in New York tonight at 7:30 p.m.

Tomorrow, the Celtics will play the Warriors at TD Garden. The game will tip off at 7:30 p.m.

Adam Duvall and the Red Sox: The Red Sox have agreed to sign outfielder Adam Duvall to a one-year contract, according to SportsGrid’s Craig Mish and MassLive’s Chris Cotillo.

Duvall, 34, will earn $7 million in 2023 and could increase that total to $10 million depending on performance bonuses.

A versatile player, Duvall has featured in all three outfield spots over the past several years. During that time, spent mostly with Atlanta, he helped the Braves win the 2021 World Series (hitting two home runs in the Fall Classic victory over the Astros).

Spanning stints with the Marlins and Braves in 2021 (he was dealt to Atlanta at the trade deadline), Duvall hit a combined 38 home runs with a .228 average and a .772 OPS.

Trivia: Adam Duvall was selected 11th round of the 2010 MLB Draft by the Giants. What current Red Sox player was picked 13th overall that year?

Hint: He was not originally drafted by the Red Sox, instead arriving via trade.

Mackenzie McDonald upset defending champion Rafael Nadal in the Australian Open: The 27-year-old American notched the biggest win of his career with a 6-4 6-5 7-5 triumph.

On this day: In 1958, Willie O’Ree made his Bruins debut in a 3-0 win over the Canadiens in Montreal. In doing so, O’Ree broke the color barrier as the first Black player in NHL history.

Daily highlight: Amari DeBerry may have fallen down while the pass was on its way, but that didn’t prevent her from still completing the assist for a Huskies basket in a 103-58 win over Seton Hall on Tuesday. 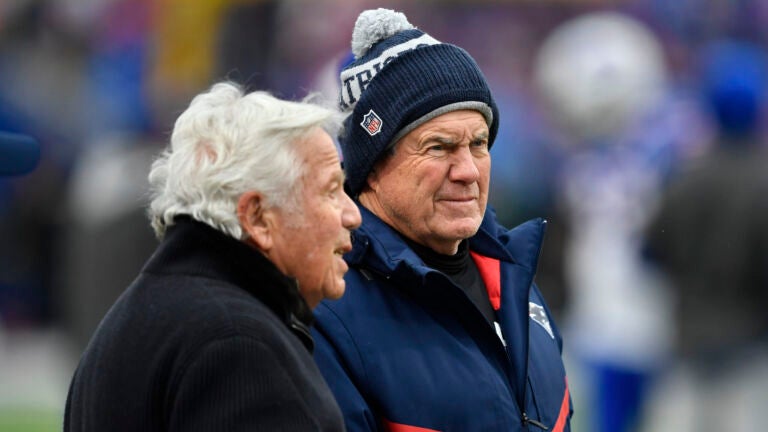