A long road to top for Junior Eagles girls

Three years ago, there was no Junior Eagles girls’ ice hockey team. And judging by the first tryout, it looked like it might stay that way. Seven girls showed up.

“We started making some calls,’’ recalled coach Mike Mullowney
. “We scratched out a lineup that first year.’’

The calls were to families with daughters around 10 years old who might be looking for a team. John Joyce
, a former hockey captain at Boston College, was the president of a very successful Junior Eagles boys’ team playing out of Daly Rink in Brighton.

“He gave us the green light to start a girls’ team,’’ said Mullowney.

“We wound up with 13 players that first year,’’ said Mullowney, a 46-year-old Newton resident. “We found a goalie from Watertown who was very good. We started beating teams that had beaten us earlier in the season.’’

The team competes in the New England Girls’ Hockey League, which Mullowney believes is the best in the country.

His team is now composed of 11- and 12-year-olds, with no geographic restrictions for club programs, though Mullowney has pretty much stayed local.

The payoff has been swift and stunning.

Last month, after winning the state championship, the Junior Eagles captured the girls’ national championship, defeating a team from Chicago in overtime at Valley Sports Arena in Concord.

“We were pretty much ranked number one in the country all year,’’ said Mullowney.

The dramatic winning goal, scored by Kelly Browne
of Burlington, came nine seconds into the overtime. It began when she won a faceoff.

“I chased the puck down, made a move around the defensemen and backhanded it,’’ said Browne. “I didn’t think it was going to happen so quick. It was awesome to celebrate with the team. We’d worked hard all year.’’

Browne got started with hockey when she was 3½.

“My father played,’’ she said. “One day he brought home a hockey stick. I just picked it up. I started playing street hockey. When I was 5, I was on my first team’’ in her town’s youth hockey program. “When I was 6, until I was 11, I played on a boys’ team.’’

“She’s one of the most talented athletes I’ve ever seen,’’ said assistant coach Kim Hyland of Wellesley. “She’s got hockey sense, soft hands, and speed.’’

In contrast to the first year, with just 13 players (“there were no complaints about ice time,’’ said Mullowney), he and Hyland had to make 50 cuts the second year.

“It’s tough. That was never in our plans,’’ said Mullowney. “Three years ago, we were begging girls to try out.’’

“It’s an impressive group of girls, they’re so dedicated.’’ said Hyland, who attended Noble and Greenough School in Dedham, and captained the women’s hockey team at Middlebury College. “It all came together at the right time this year.’’

The Junior Eagles finished 40-4-5, including 8-6-3 against boys’ teams. They had to beat perennial national title contender Assabet Valley for the state championship. The Eagles were 5-2-3 against the Concord team in the regular season.

“We were good, but the Eagles were special,’’ said Carl Gray
, the dean of girls’ hockey in the region. The 75-year-old Concord resident started the Assabet program 44 years ago. He owns the rink. Assabet fields 21 teams, with 350 girls skating, and has captured 46 national titles.

When US Hockey terminated the U-12 national girls’ tournament last year, Gray was incensed.

He took the responsibility to run the tournament at his rink, and at his expense.

“It cost me about $40,000,’’ he said. He selected 12 teams for the tournament by monitoring a national youth hockey website, www.myhockeyrankings.com. “They’re very accurate rankings,’’ said Gray.

The Eagles played in tournaments in Detroit and Montreal against high-caliber teams.

“We didn’t win either tournament, but we got closer and stronger each time,’’ said Mullowney, who played hockey at St. Sebastian’s in Needham and at Boston College.

His daughter, Deirdre, played for the Eagles, and is in Sweden playing in a tournament with several of her teammates.

The family has had season tickets for Boston College’s hockey team for many years. Mullowney’s son Michael, a freshman at St. Sebastian’s, blogs about BC’s games. Another son, Patrick, will attend Newton North next year.

Two commit to play football for BC

“I think BC has their poster child to be honest with you,’’ Millis-Hopedale coach Dale Olmsted
said of the 6-foot-3, 305-pound Baker, a two-time Lineman of the Year in the Tri-Valley League. “A kid from Massachusetts with that kind of athleticism and those types of grades, any program would be happy to have him.’’

Baker had been offered scholarships by University of Massachusetts, Connecticut, Rutgers, Michigan State, Old Dominion, and Temple. Both Harvard and Yale also pursued him.

But in the end, according to Olmsted, Baker’s discussions about potential landing spots always came back to BC, which offered the opportunity to play in the Atlantic Coast Conference while remaining close to home. The Eagles also have a long history of sending linemen to the NFL, which is Baker’s ultimate dream. He plans to take pre-med classes.

Roxbury Latin athletic director Tony Teixeira
said the 6-3, 240-pound Cohee “is very excited for the opportunity to play for his hometown Eagles.’’

He also received offers from UConn and UMass Amherst. 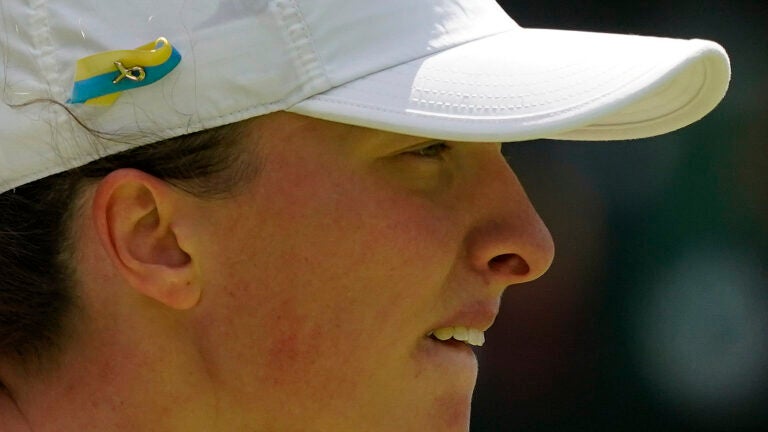