Bill Oakes will be on center court of the Wake Forest Tennis Complex on Monday to watch the solar eclipse, which will be the first time since 1918 one has been visible across the continental United States.

But Oakes has an interest in the eclipse beyond mere curiosity. He’s the tournament director of the Winston-Salem Open, a men’s professional tennis event in North Carolina.

“Being on a tennis court in a stadium, you get a great, unobstructed view of the sky,’’ he said. “I think that’s going to make it more fun and better.’’

Although Winston-Salem is not in the direct path of the total solar eclipse, it will see a partial eclipse of 94 percent, beginning at about 1:12 p.m. with the peak estimated for 20 minutes before first-round matches start at 3 p.m.

Oakes said those matches will be played under the lights until the partial eclipse passes, which is estimated to be at 4:03 p.m. He also said the tournament has been in communication with the Association of Tennis Professionals for a couple months about how the solar eclipse could affect players, the television broadcast, and if matches need to be delayed.

“We don’t feel that it will be necessary,’’ he said in a telephone interview with the Globe.

Oakes and the Winston-Salem Open won’t be the only events in the sports world having to account for the solar eclipse. The Connecticut Open, a Women’s Tennis Association tournament, will play matches in New Haven, Conn. The Saratoga Race Course in New York has a full slate of races scheduled. The Little League World Series has games on deck for the day in South Williamsport, Pa., and at the East Coast Surfing Championships at Virginia Beach, a watch party on the boardwalk is planned.

Outside of those events, several Power Five college towns and professional franchises fall in the direct path of the eclipse, raising the question of how the eclipse may affect practices.

Hours before Oakes takes in the solar eclipse in Winston-Salem, Oregon State’s football players will experience one of the earliest totalities. In Corvallis, the start of the total eclipse is estimated for 10:16 a.m. local time, and it will reach its peak about a minute later. It will be about 25 minutes before the Beavers begin practice.

Associate athletic director Steve Fenk wrote in an e-mail that the football team, as well as other student-athletes who are on campus, will watch the eclipse, with glasses, from Reser Stadium. Oregon State does not start classes until Sept. 20.

“We anticipate practicing under lights for the first part of the actual practice due to low light conditions immediately following the eclipse,’’ Fenk wrote.

“We might actually be amongst the first people to see the eclipse as the Coast [30 miles away as the crow flies] could have a marine layer.’’

Tennessee Titans coach Mike Mularkey said he changed the practice schedule so the team would be on the field during the total eclipse, which will start in Nashville at about 1:27 p.m. local time and peak about a minute later.

“What a cool experience. You’re on the practice field,’’ Mularkey said last week. “I rearranged the practice schedule to make sure we’re out there to see it.’’

“I’ve been excited about it for a while,’’ he said. “I don’t know if I’ll see another one of these in my lifetime.’’

Major League Soccer’s Portland Timbers will train during the eclipse, which will peak in Portland around 10:19 a.m. local time. The club will pause for a couple of minutes and put on glasses to watch, a team spokesman said. Portland, which is just outside the eclipse’s direct path, is expected to experience about 99 percent totality. The Portland Thorns, a NWSL team, have Mondays off.

On the East Coast, the Saratoga Race Course will run nine races, beginning at 1 p.m. But the course will delay the fourth race by five minutes to 2:45 p.m., according to a spokesman, to account for the peak of the partial eclipse. It is expected to apex in Saratoga Springs at 2:41 p.m. The race caller will announce the peak to spectators, and air the NASA live stream on screens throughout the course.

The Connecticut Open, which has afternoon matches scheduled to start at noon, had planned to give eclipse glasses to the first 1,000 spectators to arrive, but no longer will due to a shortage, according to a spokeswoman. The partial eclipse is estimated to peak in New Haven at 2:45 p.m. with 68 percent totality.

Little League World Series games will be played as scheduled. However, Little League spokesman Kevin Fountain told PennLive.com that spectators at both Howard J. Lamade and Volunteer stadiums will be provided with glasses for safe viewing.

South Williamsport will experience about 80 percent of the eclipse, starting at 1:16 p.m. The maximum partial eclipse will be at about 2:39 p.m. Lights on both fields will be utilized as the partial eclipse starts.

Oakes, the Winston-Salem Open tournament director, said an emphasis heading into match play will be educating the players, posting literature in the players and medical areas, and having conversations with players. Little League pledged to do the same for its players, coaches, and umpires.

Related: Anatomy of a solar eclipse

Oakes pointed out that the tournament will feature international players who have not been in the United States in several months who may be unaware of the eclipse.

“If you’re a European player, and you have only been in the United States for a week or two playing tennis, you probably don’t have as much knowledge that this is occurring,’’ Oakes said.

“So we’re going to spend time educating the players to make sure that they’re safe as well.’’

Though Oregon State’s practice will be mildly affected, a few other college football programs and professional franchises in the eclipse’s direct path will not.

In Nashville, the Vanderbilt Commodores have a scheduled day off. Nebraska and Missouri both start classes on Monday, but the eclipse doesn’t coincide with football practice for either.

The South Carolina football team will hold an open practice at 7:15 p.m. in Williams-Brice Stadium, hours after the total eclipse has come and gone in Columbia, which is among the prime spots for a total eclipse. However a news release warned fans of snarled traffic around the campus and the stadium following the eclipse.

At the Winston-Salem Open, Oakes said he expects that up to 1,000 people will be on-site for the afternoon matches, and that the tournament will have eclipse glasses on hand for any spectators there to watch it.

“I think it’s actually going to be pretty cool, and I think we’ll get people who will look at this as a really neat way to look at something so rare,’’ he said. 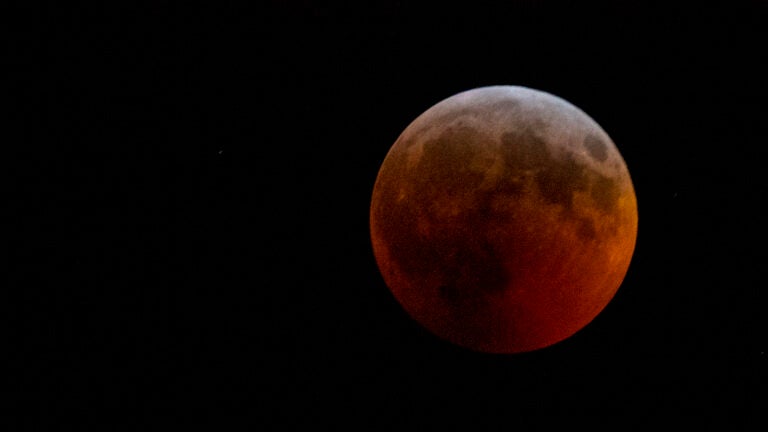 A partial lunar eclipse, the longest in 580 years, is coming tonight