It was after midnight in the middle of a November week, and Neil Lodin, founder of MYHockey Rankings, was hunched over a computer in his sparsely furnished home office, feeding the beast.

The results of more than 10,000 youth hockey games had come in over the weekend and awaited approval. Lodin needed to delete duplicates, resolve complaints and watch for statistical anomalies. Most of all, he had to rank teams.

Lodin, 54, toiled in suburban Indianapolis. His son, Ian Lodin, 27, had been preparing the website for hours from his apartment 360 miles away in Pittsburgh. They labored in silence, save for the clacking of their keyboards, to update their weekly rankings of roughly 13,000 traveling youth hockey teams spanning age groups from 9 to 18.

By dawn Wednesday, throngs of youth hockey coaches, parents and players would be online, eager for what the Lodins would serve up.

“There are people around the country who talk about they or their kids getting up on Wednesday mornings and checking the rankings,” said Neil Lodin, a former computer programmer who created the algorithm that powers his site.

MYHockey Rankings — as much a part of North American youth hockey as hot chocolate and hand warmers — has been called a salvation by coaches who depend on it to help them schedule games against teams at roughly the same level of talent. Scouts use it to identify teams to watch.

Detractors, including a blogger who called MYHockey Rankings “the worst website for youth hockey … ever,” complain that the rankings fuel the parent-driven culture of the sport and emphasize winning over player development.

“These rankings are as close to biblical as you can possibly get on a youth hockey scale,” said Sean Green, who coaches a squirt team (9- and 10-year-olds) for the Allegheny Badgers outside Pittsburgh. Still, he said, the rankings can be destructive. “Development should be key, but the problem is once rankings get involved, development goes out the window.”

MYHockey Rankings draws 340,000 unique visitors and 10 million page views a month when the season is in swing, according to the Lodins, and daily traffic spikes to 500,000 page views when new rankings are released each week.

“I think part of it is it’s fun to look at,” said Darren Palaszewski, who coaches a squad of 12-year-old girls in Amherst, New York, a Buffalo suburb. “It’s the only thing out there quantitatively to see where you are.”

Aesthetically, MYHockey Rankings is underwhelming. Its interface is clunky and bland.

But the site features an array of statistics for teams in its database, all of them mined by the Lodins or generated from thousands of coaches and parents who voluntarily provide information to keep their teams in the ranking loop.

The site contains information on 24,000 teams in all, including high school, junior and college squads. Through the course of the hockey season, as more games are played and scores are culled, the Lodins expect to have enough data to assign a ranking to about 18,000 teams.

Visitors can find teams’ win-loss records, their schedules, how many goals they have scored or allowed during the season and the projected goal differential of any game they might play against any opponent in the system.

But most people come for the rankings, which, for many, have come to define a team’s worth, for better or worse.

Neil Lodin insists that was not what he set out to accomplish 18 years ago when he began analyzing the data of teams in a handful of Midwestern states.

In 2003, as Lodin tells it, Ian Lodin was playing squirt hockey in suburban Indianapolis on a team that regularly steamrollered opponents, thanks in part to a particularly talented player. At the request of Ian’s coach, Neil Lodin set about finding a way to identify appropriate competition within driving distance.

“It wasn’t about being the best,” Lodin said. “It was about figuring out who would give us competitive games.”

He compiled a list of every travel team in Indiana, Illinois, Ohio and Michigan in his son’s age group. Then, he spent weeks recording scores he found by combing each team’s websites.

“One of the things I started doing was looking at who played whom and trying to say, ‘OK, we played that team and we beat them by five, and they lost by six to that other team, so that should be good,’ ” Lodin said.

Lodin, who grew up in Minnesota and studied mathematics and computer science at Minnesota State University Moorhead, soon came up with a formula for ranking teams.

He began sharing his computations in online youth hockey forums. By 2006, he had fielded so many requests to apply his formula to other teams around the Midwest that he launched MYHockey Rankings. (The curious amalgam of capital letters is a nod to the original name of his initiative: “Midwest Youth Hockey Rankings.”)

The site is financed by advertising as well as memberships that offer privileges like the opportunity to add rosters and player statistics. Individual memberships sell for $30 a year; those for youth hockey associations range from $69 to $299 annually.

Neil Lodin left computer programming in 2012 to work on the site full time, and Ian Lodin joined him four years ago as the director of business development.

Most of Neil Lodin’s time is spent helping run an offshoot business, MYHockey Tournaments, which operates tournaments in 19 cities in the United States and promises “to bring the best-matched competition together.” He would not disclose financial figures for either company.

How the Rankings Work

Lodin’s algorithm computes each team’s average goal differential and strength of schedule and assigns a numerical rating that tops out at 99.99.

For a practical application, consider the peewee level, children 11-12 years old, in the United States.

Teams in that age group were recently ranked 1 through 1,397, with the Chicago Reapers AAA team on top at 99.99 and the Troy Bruins B team of Ohio at the bottom at 60.19. In theory, the Reapers would trounce the Bruins by 40 goals should they ever face off.

Between the two extremes, however, are clumps of teams whose ratings suggest they would be competitive. For example, there are 63 teams with a rating between 75.00 and 75.99.

Of course, the actual results of some games fall outside their projected goal differential. When that happens, the information is fed back into the system, and the Lodins generate new ratings and rankings.

By and large, the site’s biggest fans and harshest critics agree that the ratings tend to be a fairly accurate barometer of most matches.

Chris Collins directs the Bishop Kearney Selects, an elite program in Rochester, New York, with four teams of teenagers and a travel budget in the six figures.

“As a program director trying to build schedules for four teams and pick and choose where we’re going to spend money and send our teams, it’s an extremely valuable resource for me,” Collins said.

Even USA Hockey, the sport’s national governing body, turns to the Lodins each year for information that the organization can use to award at-large bids to its national tournaments for 14-year-olds and up.

“Let’s face it,” said Ken Martel, the organization’s director of player development, “the site has collected a lot of really good data.”

At the same time, Martel said, he fears the weight given to the rankings by some coaches, parents and youth hockey associations has had a toxic impact on player development and the cost of the game.

Stories abound in youth hockey circles of organizations that recruit promising players as young as 11 and 12 who live hundreds of miles away in a bid to bolster their rankings.

In extreme cases, they end up creating superteams that can find suitable opponents only by traveling vast distances to other superteams.

“You have teams, because of these rankings, that won’t play teams in their local area,” Martel said. “They’ll drive past six teams or get on an airplane, God forbid. You’ve just made hockey more expensive.”

Hockey is already the costliest youth sport, with parents who spend an average of $2,583 per child annually, according to the Aspen Institute’s Sports and Society Program, which issues a yearly status report on youth sports.

Because the algorithm considers average goal differentials, teams can defeat opponents they are projected to beat but still fall in the rankings because they don’t win by a wide enough margin. The reverse is also true.

Consequently, some coaches bench weaker players even in lopsided victories, harming their development. And parents have been known to criticize a coach for pulling the goalie in a tight game and surrendering an empty-net goal that blew the projected goal differential.

For Martel, instances like those suggest things have gone too far.

“We should not be ranking kids nationally at 9 years of age,” he said.

None of these anecdotes surprise the Lodins, who said they kept a list of coaches and teams notorious for trying to game their system. Recently, Ian caught a coach trying to sneak the score of a game the team had won three months earlier into the rankings. Both teams had agreed the exhibition match would not count toward their rankings, but the winning coach reneged because the margin of victory would have helped his team’s standing.

“There are some individuals who are up to funky stuff,” Ian Lodin said.

Neil Lodin said funky stuff was the exception. He answered the site’s critics generally by citing a single statistic: the average margin of victory of games in the system.

“That number has decreased over time,” he said. “That tells me that the sport is getting more competitive, people know who they’re playing, they’re avoiding 11-0 games. I think that’s good.” 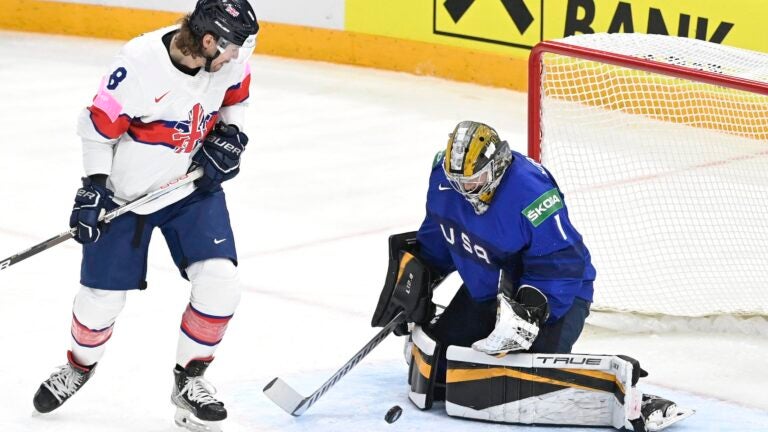