Even 39-year-old Paul Pierce knows there’s no expiration date on celebrating Halloween (if not playing in the NBA).

Continuing his acclaimed annual tradition, the former Celtics star and avid Halloweener posted a photo himself as Captain Hook, along with the rest of his family as Peter Pan characters, in front of their decorated home on Saturday.

Pierce has garnered a bit of a reputation (for better or worse) for his annual costumes, perhaps mostly following the Celtics’ legendary 2010 Halloween photo, in which he dressed as a frog. 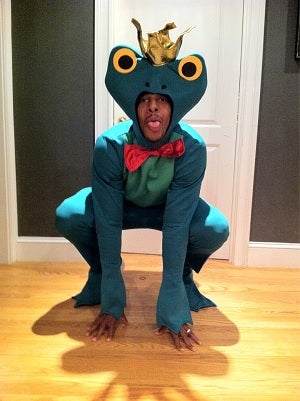 In recent years, Pierce has begun incorporating his wife and children into the seasonal tradition, including their Wizard of Oz and Powerpuff Girls Halloween costume themes in 2015 and 2013, respectively.

We off to see the wizard

Happy Halloween from the power puff girls the professor and Merida pic.twitter.com/TU0ak14W

He also pulled off a shield-and-all Captain America costume in 2014.

Pierce may be retiring after the end of this season, but here’s hoping his Halloween costume tradition never ends.