Much like the Asgardian movie superhero himself recently did, Kelly Olynyk said goodbye to his Thor hair over the weekend. And he did so for a good cause.

The Miami Heat (and former Celtics) big man lopped off his iconically unkempt locks to donate to a nonprofit cooperative that provides free wigs to children who’ve lost their hair due to cancer or other medical conditions.

“Thank you Chrissy for helping me help someone else! #ShesTheOnlyOneWhoHasEverCutMyHair,” he wrote.

Inspired by some of the amazing kids I’ve met over the years at the Boston’s Children’s Hospital, Holtz Children’s Hospital, and elsewhere, I am donating my hair to @wigs.for.kids Thank you Chrissy for helping me help someone else! #ShesTheOnlyOneWhoHasEverCutMyHair #ManBunMagic

Olynyk also posted a second photo on Instagram of several cut-off ponytails. Wigs for Kids requires at least a 12-inch-long hair donation, but it appears the Canadian 7-footer still has enough for what’s become his more common hairstyle.

Considering how much better he has historically played with his hair tied back in a man bun (as opposed to the more unruly, headband style), the new cut may be good news for Heat fans, too. 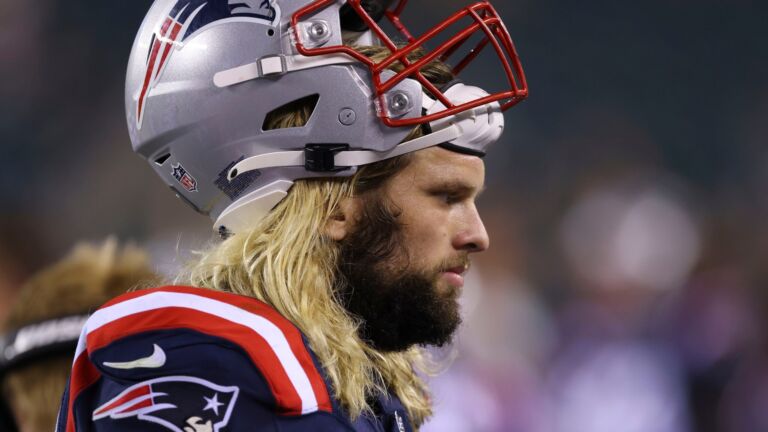