Russell Westbrook will play basketball in Utah again one day.

When he does, a fan who allegedly made racial taunts against him will not be there to watch. A day after the Oklahoma City Thunder standout directed vulgar comments — which were captured on video and went viral — toward two fans, the Utah Jazz responded by banning a fan from their arena. Westbrook also got support from Jazz star Donovan Mitchell, who said it wasn’t the first time a racially motivated event happened at a Jazz game.

Things get heated between Russell Westbrook and Utah Jazz fans again. “I’ll f*ck you up. You and your wife,” he says. Not sure what these fans said to him, but he also had issues with Jazz fans during the postseason. pic.twitter.com/LquwRmLVNy

‘‘The Utah Jazz will not tolerate fans who act inappropriately,’’ the Jazz said in a statement. ‘‘There is no place in our game for personal attacks or disrespect.’’

Westbrook was fined $25,000 for ‘‘directing profanity and threatening language to a fan.’’

In the video, which was posted by The Deseret News, Westbrook is seen on the sideline near the Thunder bench saying, ‘‘I’ll [expeltive] you up, you and your wife.’’ The comment, and threatening a woman, is not a good look for the image-conscious NBA — especially since it came from one of the game’s biggest stars. But Westbrook, who has had multiple angry in-game exchanges with fans, insisted that Monday night’s video during a 98-89 Oklahoma City win over the Jazz told only one side of the story. He said he was responding to a racial taunt, and not for the first time in Salt Lake City.

‘‘Every time I come here, a lot of disrespectful things are said,’’ Westbrook said.

He added that he has never physically abused a woman and never would.

The man Westbrook was shouting at during the game, identified as Shane Keisel, denied saying anything improper or profane. 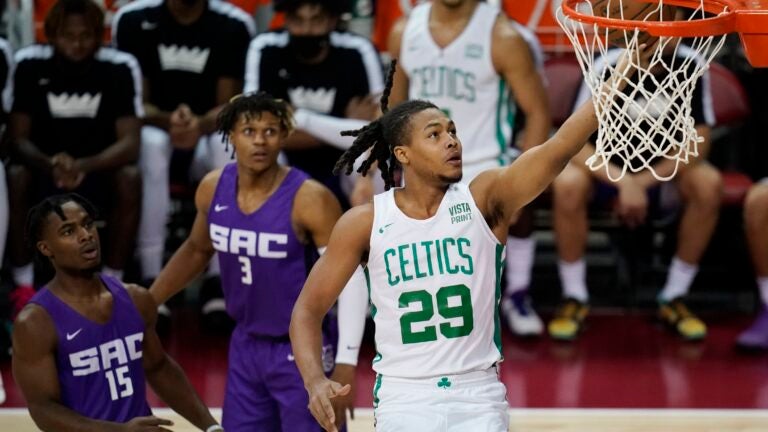