Earlier that day, however, the release of a tear-jerking Budweiser commercial gave fans a glimpse into a different side of Wade – one that his professional accolades tend to overshadow.

Basketball is an afterthought in the four-minute ad. Instead, Wade’s most memorable impacts are the ones he played in the lives of others. Five people take turns thanking Wade for his role off the court: a woman who Wade took shopping when her house burned down around Christmas; a woman who got to go to college because Wade paid her tuition; a troubled young man who turned his life around with Wade’s guidance; and the sister of student killed in last year’s Parkland school shooting.

But the most heart-felt thank you came from Wade’s mother, Jolinda.

Ahead of @DwyaneWade‘s final regular season game, Budweiser delivers the most non-traditional tribute video. It’s a must watch. pic.twitter.com/WXyk61IDMy

“When you bought your mother that church, you don’t even understand the lives that you changed,” Jolinda Wade tells her son. He beams back at her with pride.

They both knew how much she’d overcome: Fewer than two decades earlier, she was fighting for survival.

Jolinda divorced from Wade’s father when he was a baby. In an interview with the Christian Broadcasting Network, she explained how her struggles as a single, low-income mother in Chicago’s south side were augmented by her growing addictions to heroin, cocaine and alcohol.

Her children routinely witnessed her deal and use drugs, and she’d sometimes go long periods of time without seeing them. In a 2012 interview with Oprah Winfrey, Wade recalled spending his nights with his siblings, praying his mother would return home safely.

“We would sit on the porch some nights, hoping she would just walk around that corner,” he told Winfrey. “I kept my ear to the window, hoping I heard her voice or I’d walk myself, hoping to see her.”

Jolinda’s addiction worsened when Wade was sent to live with his father when he was eight. In a 2017 profile by Eli Saslow, a Washington Post reporter and ESPN contributor, Jolinda’s sister Diann said she could be gone, “lost to the streets,” for months during this time. Diann would end up finding her at any number of treacherous locations ― among them: jails, halfway houses and foreclosed homes.

Jolinda told CBN she nearly died after shooting up with a needle containing an unknown substance. Later, in the hospital, she recalls a nurse asking her: “Baby, why are you doing this to yourself?”

But the plea wasn’t enough.

In 1994, Jolinda was arrested for possession of crack cocaine with the intent to sell. Fighting tears, she recounted the wave of emotions that hit her as young Wade visited her in jail.

“I seen the look in his face, like ‘why is my Momma behind there? What’s going on?'” she told CBN. “He did not understand why I was behind that glass, and I was so mad.”

While out of jail as part of a work-release program, she used her freedom as an opportunity to flee and continued to live as a vagabond and drug addict. It wasn’t until 2001, when Wade was a sophomore playing basketball at Marquette University, that Jolinda had an epiphany at a church service and turned herself in. Nine months later, she was released.

No matter how many times she felt she’d failed him, Jolinda has explained, Wade continued to support her.

“I never gave up on her. Never blamed her,” Wade told Winfrey. “Because that was her life, her journey, her path. Without that path, I’m not who I am today.”

Jolinda embraced Christianity while in prison, where the Sun-Sentinel reports she had visions of being a pastor. She studied ministry upon her release, and in 2008, Wade gave her an unimaginable gift: her own church, then called the Temple of Praise.

“Everybody thinks I’m the miraculous story in the family. I think she is,” Wade told the Associated Press at the time. “I think what I’ve done means I’ve been very blessed, but she’s been more than blessed. She’s been anointed.”

In the commercial, Jolinda tells Wade she is proud of the man he has become. And she reminds her son again of how many lives he’s touched.

“You are bigger than basketball,” she said. 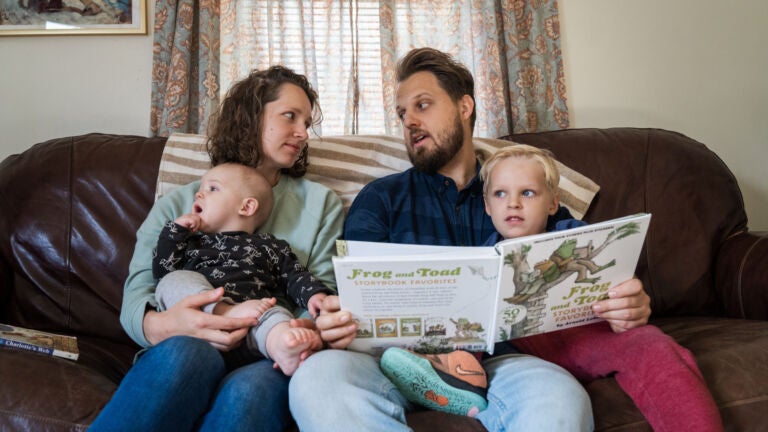