TORONTO – Four people were injured, some seriously, after a shooting at the NBA championship celebration for the Toronto Raptors, police said.

In a Monday evening news conference, Toronto Police Chief Mark Saunders said officers arrested three people and seized two firearms. It was unclear if any of the suspects were among the four injured. The victims suffered non-life threatening injuries, and Saunders could not say how many other people were hurt.

The violence punctuated a day when national pride swelled in Toronto, as the fourth largest city in North America rang in its team’s first-ever NBA championship.

“I’m not happy that there’s a shooting that occurred,” Saunders said. “But I’m also not going to let this shooting define the fantastic event that took place where we had so many people who had such a great time.”

In a statement, the city’s mayor John Tory thanked police for their “quick response to today’s most unfortunate shooting after an otherwise spectacularly successful day.”

“It is disappointing and I’m sure a great source of anger for more than just me that anyone would carry a gun and discharge it at what was otherwise a joyous celebration,” he said.

Earlier that afternoon, police said on Twitter that shots were fired at the celebration, and that victims suffered injuries deemed “serious but not life threatening.” Officials said the shooting took place near Bay and Albert streets, which intersect east of Nathan Phillips Square, where a crowd of thousands had gathered.

What sound like seven gunshots, fired several seconds apart, could be heard in the background as 680 NEWS reporter Mark Douglas was broadcasting live from the square during the rally. Douglas was in the middle of an ordinary update, speaking about the logistics of keeping the crowd hydrated on a sunny and warm day, when the bangs cut through the air.

Trudeau, Tory and Ontario Premier Doug Ford were among the national and local leaders on stage during the celebration. Trudeau’s office confirmed to The Post that he was safely escorted from the parade, but declined to comment further, citing a policy of not disclosing details of the prime minister’s security.

The victory parade started at 10 a.m. and wound through the streets of Toronto; Nathan Phillips Square was the final destination. A stage had been erected there, and Raptors players arrived at the stage after 2 p.m., later than expected because of the large crowds thronging and clogging the streets.

After the gunfire, as spectators scattered, dozens took refuge in Osgoode Hall, a courthouse near the square, where authorities briefly held them under lockdown. Parents hugged their young children, many of whom were distraught and crying.

#NEW Video sent by a viewer to CP24 shows the moment one of the suspects were taken down by Toronto Police and TTC Special Constables. Toronto Police now say 4 people were injured in the Raptors parade shooting and 3 were arrested. 2 weapons recovered. pic.twitter.com/om74oEBpp5

Mary Hopple, who attended the parade, said Trudeau was speaking when she heard a sound that resembled fireworks.

“Then there was a mad stampede of people clearly in a lot of panic,” she said. “I didn’t know what to do so I just ran, too.”

Christian Blazekovic said he didn’t hear gunshots, but knew something was amiss when he saw the crowd scrambling.

“Everyone just started running, mass amounts of people just sprinting for their lives,” he said. “It was anarchy because it was already crowded and areas had been blocked off for the parade.”

Mohammed Jabbar was selling Raptors apparel at a stall near the scene of the shooting and he said he heard “two loud bangs” followed by a swarm of people running.

Police cordoned off about a city block for investigation.

Toronto is relatively safe. But in 2018, the city experienced a surge in gun violence, with the number of homicides caused by shootings up significantly. In late 2018, the Trudeau government pledged more than $7 million CDN, or roughly $5.2 million, to help combat gun crime there.

The violence has intensified a long-running debate about guns in Canada, as gun control advocates call on Ottawa to tighten rules on gun ownership and an increasingly vocal group of pro-gun groups use U.S.-style tactics to counter those calls.

The fact that Toronto’s victory celebration was marred by gunshots will no doubt deepen questions about how best to curb gun-related violence and put the issue back on the national agenda heading into a federal election in October 2019.

The Washington Post’s Emily Rauhala contributed to this report. 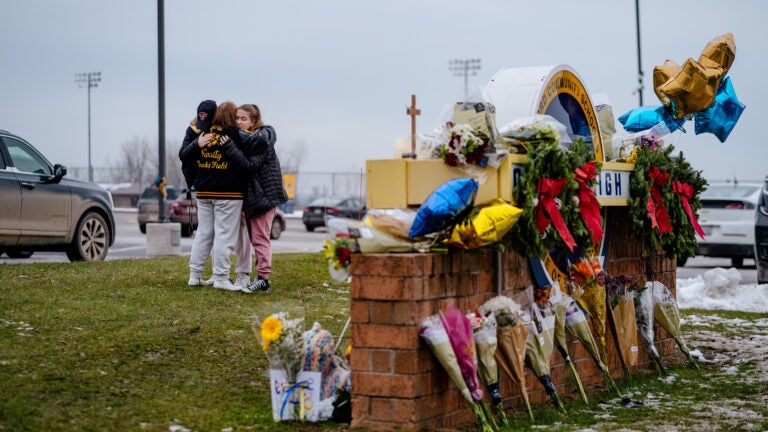 Why the Oxford High shooting suspect was charged with terrorism