While most of his teammates had emptied out of the locker room in Philadelphia Friday night, Isaiah Thomas took a few forkfuls of the postgame spread. The Washington Wizards had just completed the five-game preseason schedule and Thomas — while recovering from left thumb surgery he didn’t practice at all through training camp and the subsequent weeks — burst with anticipation for the regular-season opener Oct. 23.

A plate of baked chicken couldn’t satiate his real hunger.

“I’m definitely playing next week though,” Thomas said over his shoulder as he left the Wells Fargo Center visitors’ locker room. “Fa sho!”

On Sunday afternoon, Thomas made significant progress toward his pledge and participated in a complete practice. For the 30-year-old Thomas, it was the first time he has worked out fully with teammates since Sept. 16 when he ruptured a ligament in his thumb during a voluntary game of 5-on-5.

Thomas worked out with protective tape over his recovering thumb, Brooks said. Even after practice, the left-handed Thomas could be seen lofting three-pointers with a small piece of black tape wrapped around the finger. Although Thomas has been cleared to take contact in practice, he has not been penciled in to play in the regular season opener Wednesday night against the Dallas Mavericks.

“The last couple of days he’s been catching the ball with no problems,” Brooks said. “He’s played in some practice the last (week) but today he went the entirety. We’re going to make that decision on what’s best for him long term. I’d love to have him for the first game but we’ll see. Probably not but we’ll see.”

Still, by practicing, Thomas is on track to become the first of the injured Wizards players to return to the floor. Others include forwards Troy Brown Jr., CJ Miles and center Ian Mahinmi, who all missed the preseason and have yet to return to contact. Of course, five-time all-star point guard John Wall tops the injury list as he rehabilitates from an Achilles’ injury he sustained last January.

On Sunday, Wall was spotted in a sweatshirt, personalized with the “5 Deep” nickname for his childhood friends, and joggers while all the other active Wizards finished practice in individualized shooting. Thomas signed a one-year, minimum deal with the Wizards to fulfill Wall’s starting spot but the fluke injury temporarily sidetracked his assimilation in Washington.

“I’m past that. I’ve been through real-life situations. I mean, I really couldn’t control that,” Thomas said on Sept. 30. “I went for the ball and I jammed my thumb and then I mean, you know, it went to a torn ligament. Everything happens for a reason.”

His acceptance of the injury aside, Thomas has pushed to return sooner than his expected timeline of six to eight weeks. This hunger, however, has not forced the Wizards into rushing him back into the rotation. 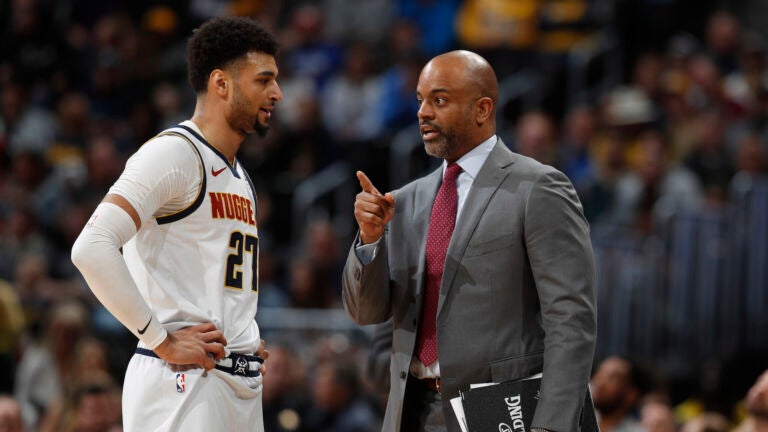