When U.S. Marine Corporal Micah Herndon crawled across the finish line of the 2019 Boston Marathon, he dedicated his run to the three comrades — his close friends Matthew Ballard, Mark D. Juarez and, British journalist Rupert Hamer, who died in 2010 while serving on a mission he led in Afghanistan.

Herndon had wrote their last names on his shoes and on his right hand. He created a hashtag #4ballardhamerjuarez on Facebook in their namesake, and when his Achilles Tendon started bothering him during the race, he repeated their names out loud to himself as he pushed through the pain.

Even when he had to crawl on his hands and knees, Herndon remembered who he was running for.

“I kept repeating those names,” Herndon told the Washington Post. “The thoughts of their memories and their families flowing through the mind just like they always do.”

For that feat, Herndon, a native of Tallmadge, Ohio, was honored on Tuesday by the Cleveland Cavaliers  during their “Salute to Service” game against the Boston Celtics. Standing at center court, Herndon was given a framed custom Cavaliers jersey with his last name on the back, and more notably, he was thanked by the family of Matthew Ballard for honoring his memory.

.@HerndonMicah, the sacrifices and service of you and your comrades is ingrained in our hearts forever.

Herndon was emotional as he was surprised by the family, who circled him with hugs. He even shared a special moment with Ballard’s son, Hunter, hugging him for a long period of time and patting him on the head.

“Survivor’s guilt, it’s real,” Herndon told the Post earlier this year. “I definitely have it because I was the lead machine-gunner on that convoy and I didn’t see that bomb that was buried. I live with that every day.

“There’s a reason why I’m here,” he said. “I’m just trying to find out what that reason is for.”

Herndon recently competed in the New York City Marathon, where he again honored Ballard, Hamer and Juarez on his attire. 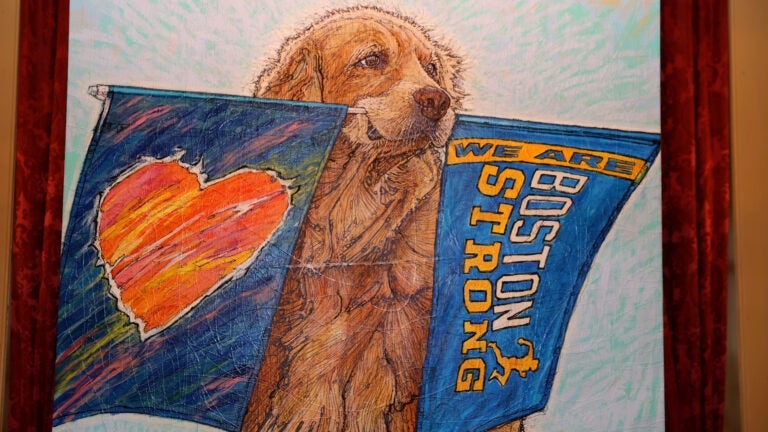