You knew by the way she looked at him that he was a wonderful dad.

You knew by the way he looked at her that there was nothing at this stage of his life that he would rather be.

One didn’t have to personally know Kobe Bryant, gone in a helicopter crash at 41 years old, and his daughter Gianna, gone at 13, to see that.

It was right there in all of those pictures that have been imprinted in our minds since the staggering, blood-chilling news broke Sunday that Kobe and Gianna were among the nine people to perish in a helicopter crash in Calabasas, Calif.

You’ve seen them too, again and again. Maybe you saw them when you tried to sleep Sunday night. The one at the All-Star Game in Toronto a few years back. They’re both wearing the same red jersey. He’s looking at her, smiling. She’s looking up, the love obvious, for a happy child never tries to hide it. 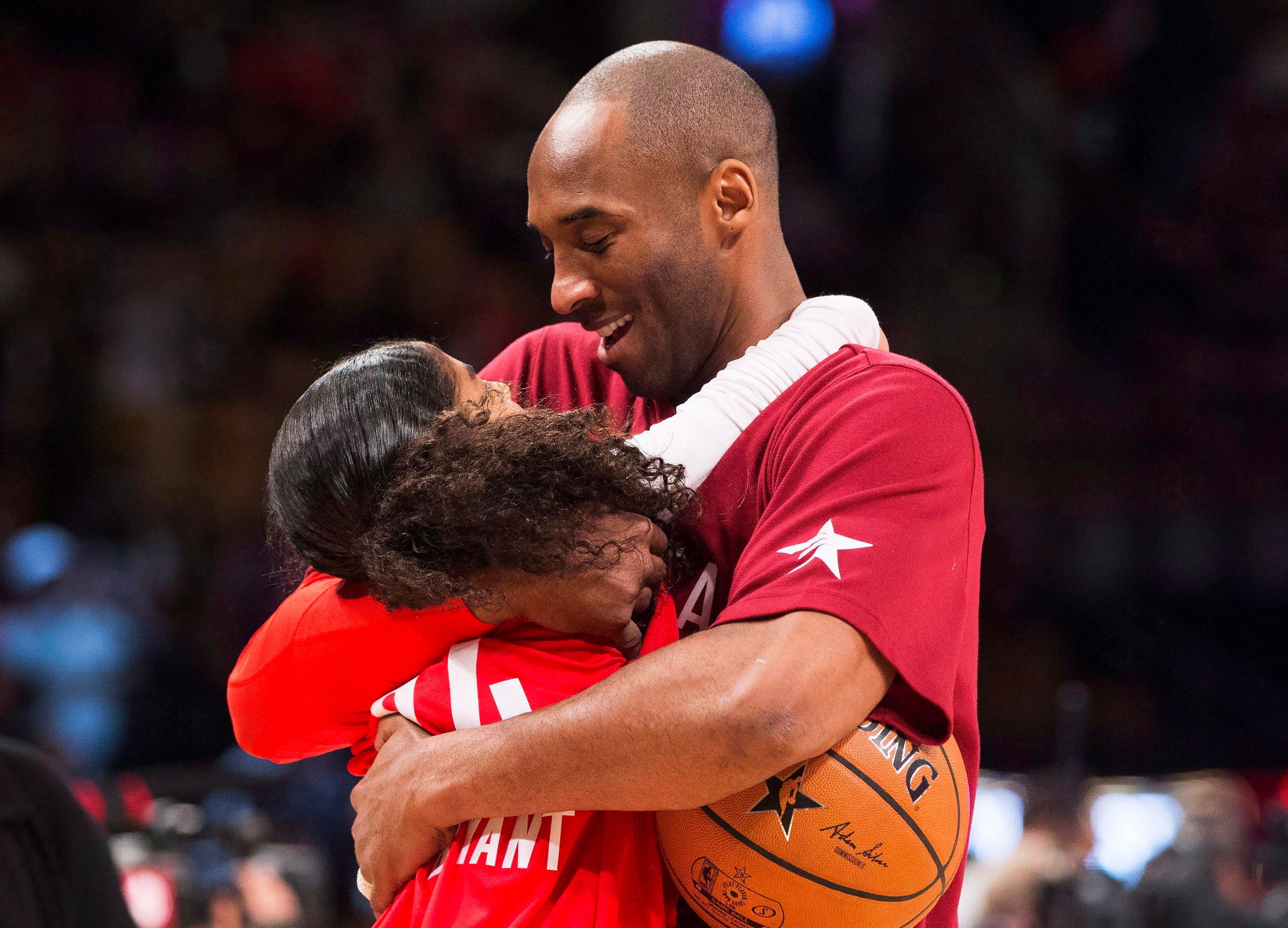 Bryant hugs his daughter Gianna at the NBA All-Star Game in Toronto in 2016.

So many of the photos were, fittingly of course, from basketball games — Gianna’s own youth games sometimes, but often from courtside at various NBA and WNBA contest. They’re smiling in every one. Not just with their mouths, but their eyes. They had the same smile.

The photos are all lovely, if a devastating punch to the heart in the aftermath. The sweetest among them is probably the most familiar, a video clip actually, one of father and daughter . . . well, courtside at a basketball game, naturally.

He’s leaned in, talking with his hands, looking at the court sideways like a coach, clearly explaining the calculus of something that occurred in the game.

She’s smiling and nodding, watching the game, yet shooting quick, happy glances at him too, letting him know she’s fully absorbing the lesson.

She laughs, and for a second you almost wish you were in on the joke, too. But it’s their moment, even as the camera lingers, and you realize it’s best left between father and daughter. It’s their thing, basketball, and their time. It appears to mean the world to both of them.

Those are the images of Kobe Bryant that stick with me today, as basketball fans try to make sense of it all and ESPN anchors still talk through their shows with tears in their eyes. Maybe they’re the ones that stick with you too.

The basketball memories are on the periphery, but they are there in abundance. Kobe had enough highs as a basketball player — five championships, 18 All-Star Games, an 81-point game, a fitting 60-point farewell performance — that they could fill a channel as an NBATV offshoot. Through the prism of the Celtics, he was the perfect basketball villain, one Boston delighted in conquering in 2008 and cursed in 2010, when he shot 6 for 24 in Game 7 but made, almost by sheer will, a few crucial plays that mattered at the end.

But you had to respect him, because he respected the rivalry. He knew the history of the Celtics and Lakers as if he’d studied it, which he probably did. He reveled in the respect Celtics fans showed him in his final game at the Garden in December 2015, and left little doubt that it was mutual. The only time I ever interviewed him was after that game. He was so happy it seemed like he didn’t want to leave.

It’s necessary to say that his legendary competitiveness complicated his relationships — with teammates such as Shaquille O’Neal, with his parents, and perhaps in other instances that are beyond our awareness.

It is understandable if some never could reconcile his immense popularity, especially among generations of younger NBA stars, with his arrest in July 2003 on felony sexual assault charges in Colorado. Prosecutors dropped the charges in 2004 after the accuser decided not to testify, but a civil case was settled out of court in 2005. Bryant’s enthusiastic support of women, particularly in the realm of sports, later in his life did not and should not erase that stain.

But he made it hard not to like the person he seemed to be trying to become. His bond with Gianna — known as Gigi, one of his four daughters — over basketball was the most relatable thing about him, especially for those of us who love the game too and treasure sharing it with someone we love.

I’m the father of two children, including a 15-year-old daughter who loves the Celtics so much that she texts me updates like “Poirier active tonight, Carsen sent to Red Claws!’’ from school and who is counting down the days until she gets to bring a friend to watch them play the Timberwolves in March.

Kobe might have been the Mamba, and I might be at best a pale dad-bodied corn snake from Maine, but I know the pride I feel in my daughter’s love for the game is precisely the same as he felt when Gianna decided she wanted the game to belong to her, too. I know how he felt, how much it means to a dad, and it’s a precious thing.

The news of his death came with that same it-can’t-be-real numbness of Magic Johnson’s announcement that he was HIV-positive in November 1991, or the word, shared solemnly by Sean McDonough on the Red Sox broadcast on July 27, 1993, that Reggie Lewis had died, or the warm last day of school in 1986 when a high school teacher whispered that there was a rumor that a heart attack had taken Len Bias at 22 years old.

When we first got to know Kobe Bryant as a high school phenom, he was just a few years older than Gianna was Sunday. His love for basketball was established and raw, but his legacy within the game was still to be built.

In the rush to get to one more game, his legacy long secure and his daughter just starting on the quest to create her own, it all ended in a cruel, abrupt fog. Questions still require answers, but we do know this. Kobe and Gianna loved the game, and they loved each other, and damn were we lucky to know it.