Gregg Popovich has criticized President Donald Trump in the past, calling him a “soulless coward” and someone who “brings out the dark side of human beings for his own purpose.”

Even after all that, the San Antonio Spurs coach may have just used his most unsparing language yet to criticize Trump. While lamenting what he saw as a lack of leadership in the tumultuous aftermath of the killing of George Floyd while in custody of Minneapolis police, Popovich called the president a “deranged idiot,” a “fool” and a “destroyer.”

What Popovich appeared to find particularly galling, as he made clear in comments published Monday by The Nation, was Trump’s refusal to go through the motions of trying to soothe the country after another death of an unarmed black man at the hands of police officers.

“It’s unbelievable,” Popovich said. “If Trump had a brain, even if it was 99 percent cynical, he would come out and say something to unify people. But he doesn’t care about bringing people together. Even now. That’s how deranged he is. It’s all about him. It’s all about what benefits him personally. It’s never about the greater good. And that’s all he’s ever been.”

“It’s so clear what needs to be done. We need a president to come out and say simply that ‘black lives matter.’ Just say those three words. But he won’t and he can’t,” Popovich added. “He can’t because it’s more important to him to mollify the small group of followers who validate his insanity.

“But it’s more than just Trump. The system has to change. I’ll do whatever I can do to help, because that’s what leaders do. But he can’t do anything to put us on a positive path, because he’s not a leader.”

Popovich also denounced three other prominent Republican politicians: Sen. Lindsey O. Graham of South Carolina, Sen. Ted Cruz of Texas and, most forcefully, Senate Majority Leader Mitch McConnell of Kentucky. Popovich told The Nation that Graham and Cruz used to have the “courage” to proclaim Trump “unfit” for office, but now they have “chosen instead to be invisible and obsequious in the face of this carnage.”

“In the end, what we have is a fool in place of a president, while the person who really runs the country, Sen. Mitch McConnell, destroys the United States for generations to come,” Popovich said. “McConnell has destroyed and degraded our judicial system. He has tried to destroy heath care. He’s destroyed the environment. He’s the master and Trump’s the stooge, and what’s funny is that Trump doesn’t even know it. Trump’s always wanted to be part of the in group, but McConnell is an in group of one and Trump plays the fool.”

Popovich has won five NBA championships while coaching the Spurs since 1996, giving him the longest tenure with the same team of any coach in the NBA, NFL, NHL or Major League Baseball. His 1,272 regular-season wins are the third most all time, and his .676 winning percentage ranks fourth among coaches with at least five full seasons (410 games).

One of those few coaches with a better winning percentage, Steve Kerr of the Golden State Warriors, has also been outspoken on social issues and in his disapproval of Trump’s tone and policies. In response to a tweet Monday promoting the Nation story, Kerr praised his colleague, writing: “This is why he is Pop. As he once told me – ‘life is short – you either stand for something or you don’t.’ He has always firmly stood for justice and equality, and given the rest of us the courage to do so too.”

This is why he is Pop. As he once told me- ‘life is short- you either stand for something or you don’t.’ He has always firmly stood for justice and equality, and given the rest of us the courage to do so too. https://t.co/IPHCyQa1B4

Trump has generally taken a confrontational stance regarding the protests, calling for governors to “get tougher” in their responses and frequently suggesting that military assistance be called in.

In a national address Monday evening, Trump said he was “mobilizing all available federal resources, civilian and military, to stop the rioting and looting, to end the destruction and arson, and to protect the rights of law-abiding Americans, including your Second Amendment rights.” Citing several episodes of violence amid the protests that he blamed on antifa, among others, Trump said his goal was to “deploy the National Guard in sufficient numbers that we dominate the streets.”

In his published comments earlier in the day, Popovich said of the president: “He’s not just divisive. He’s a destroyer. To be in his presence makes you die. He will eat you alive for his own purposes. I’m appalled that we have a leader who can’t say ‘black lives matter.’

“That’s why he hides in the White House basement. He is a coward. He creates a situation and runs away like a grade-schooler. Actually, I think it’s best to ignore him. There is nothing he can do to make this better because of who he is: a deranged idiot.” 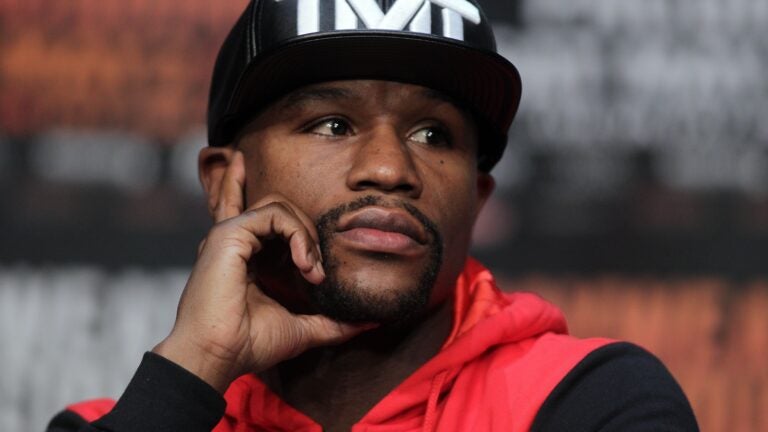