Kendrick Perkins has always been one to speak his mind, and Wednesday, he didn’t disappoint.

Perkins took aim at Kyrie Irving regarding Irving’s recent thoughts on the NBA’s looming restart, tentatively planned for next month in Orlando.

“If you take Kyrie Irving’s brain and put it in a bird right now, guess what that bird is going to do?” Perkins asked while appearing on ESPN. “It’s going to fly backwards, because Kyrie right now is confused.

“He’s showing his lack of leadership. Here it is: Kyrie, you have been on these conference calls over the last two months. You’re the vice president of the Players Association. You have been very involved in all this that’s taking place as far as whether we’re going to play or not. You’ve been on the phone and you voted to play!”

Irving has raised questions about whether he’d support a restart. He reportedly told fellow NBA players during a Friday conference call he wouldn’t go to Orlando, but if the players decided to, he would travel there in support.

Perkins has been critical of Irving on this topic before.

“No one is listening to Kyrie,” Perkins told CBS Sports Radio on Monday. “The NBA is going to continue. All he’s doing is causing unnecessary drama between the NBA brothers that we don’t need right now.”

“This was the same guy about 10 days ago that came out and said that he wanted to join the team and be in Orlando around his team. The agreement was that inactive players couldn’t go because there was only a certain amount of people in the bubble. What changed over the last 9-10 days?

“What changed was, from what I strongly believe and what I heard, is the NBA and the Players Association told Kyrie that, ‘No, you can’t go,’” Perkins added. “How can a guy’s mind-set change in 10 days? George Floyd was murdered on the 25th of May. They started protesting the next day, they started rioting the next two days. Kyrie’s mind-set just 10 days ago was that he wanted to go to Orlando. What changed since then? What changed was they told him he couldn’t go.”

Irving hasn’t responded to Perkins, but on Wednesday, Irving’s teammate Kevin Durant retweeted a video of Perkins air-balling a jumper in his days with Oklahoma City and called Perkins a “sell out” in an Instagram comment section. 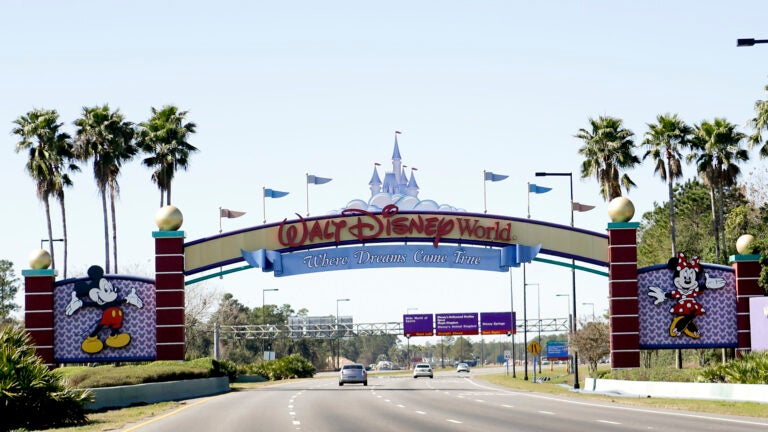 As Florida test numbers rise, the NBA prepares for Disney