After nearly acquiring Gordon Hayward in 2014, owner Michael Jordan and the Hornets were reportedly able to land the star forward this time around.

Jordan, according to ESPN’s Zach Lowe, called Hayward on Friday night with the intention of getting him to come to Charlotte. It evidently paid dividends, as Hayward and the Hornets agreed on a four-year, $120 million deal.

Six years ago, Hayward and the Hornets agreed to a four-year offer sheet at the projected maximum of $63 million, but the Jazz swooped in and matched the offer to keep him in Utah.

Michael Jordan called Gordon Hayward late last night in an effort to close the deal for Charlotte, Hayward tells ESPN today. Hayward obviously remembers how MJ and Hornets signed him to an offer sheet in restricted free agency in 2014.

Hayward stayed in Utah through the 2016-17 season, joined the Celtics in 2017, and now appears to be heading to Charlotte. The Indiana Pacers and New York Knicks were possible landing spots as well, but Hayward – who turned down his $34.1 million player option earlier this week – elected to join forces with Jordan and Co. 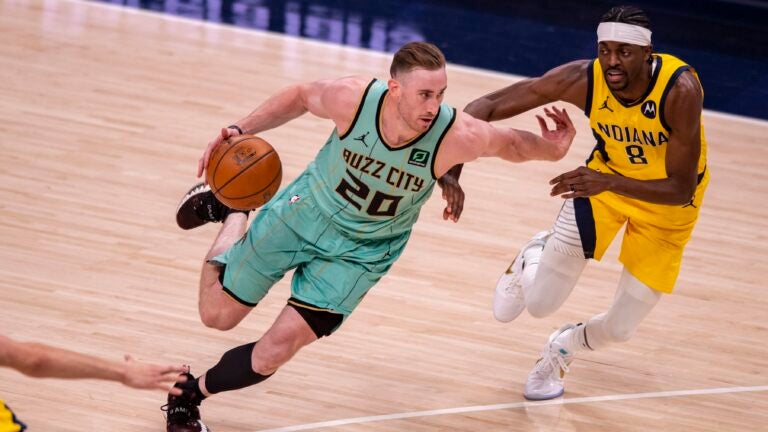