If any of Kim Kardashian West’s 192 million Instagram followers were previously unaware that Tristan Thompson was joining the Celtics, there’s a much better chance they’ve heard the news now.

Kardashian West congratulated Thompson after the former Cleveland Cavaliers center reportedly agreed to a two-year, $19 million deal with the Celtics on Saturday. 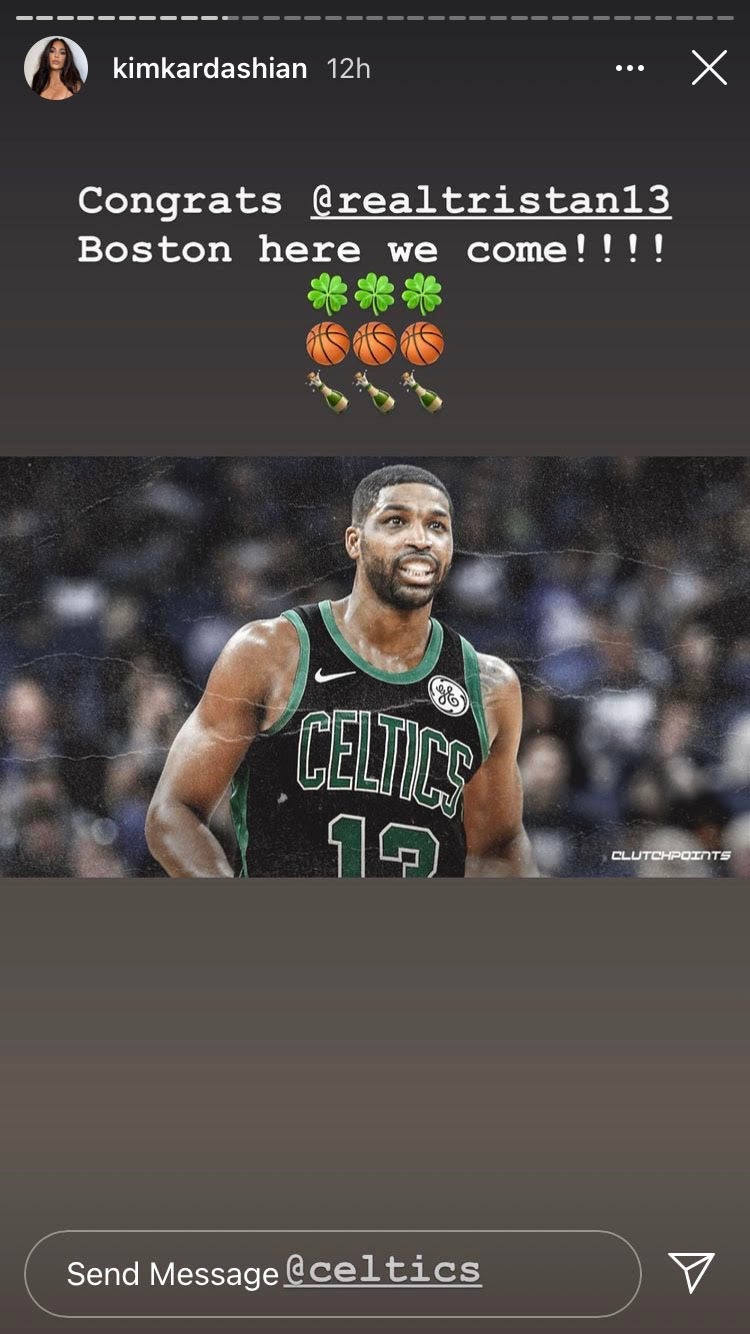 Kim Kardashian will be watching Tristan Thompson play in Boston.

While it’s unclear how often Kardashian West will be in Boston – particularly if NBA games don’t have fans this season – it is clear that watching Thompson play in person is at least on her radar.

Thompson has appeared regularly on the hit reality TV show “Keeping Up with the Kardashians.” He has a child with Kardashian West’s sister, Khloe. 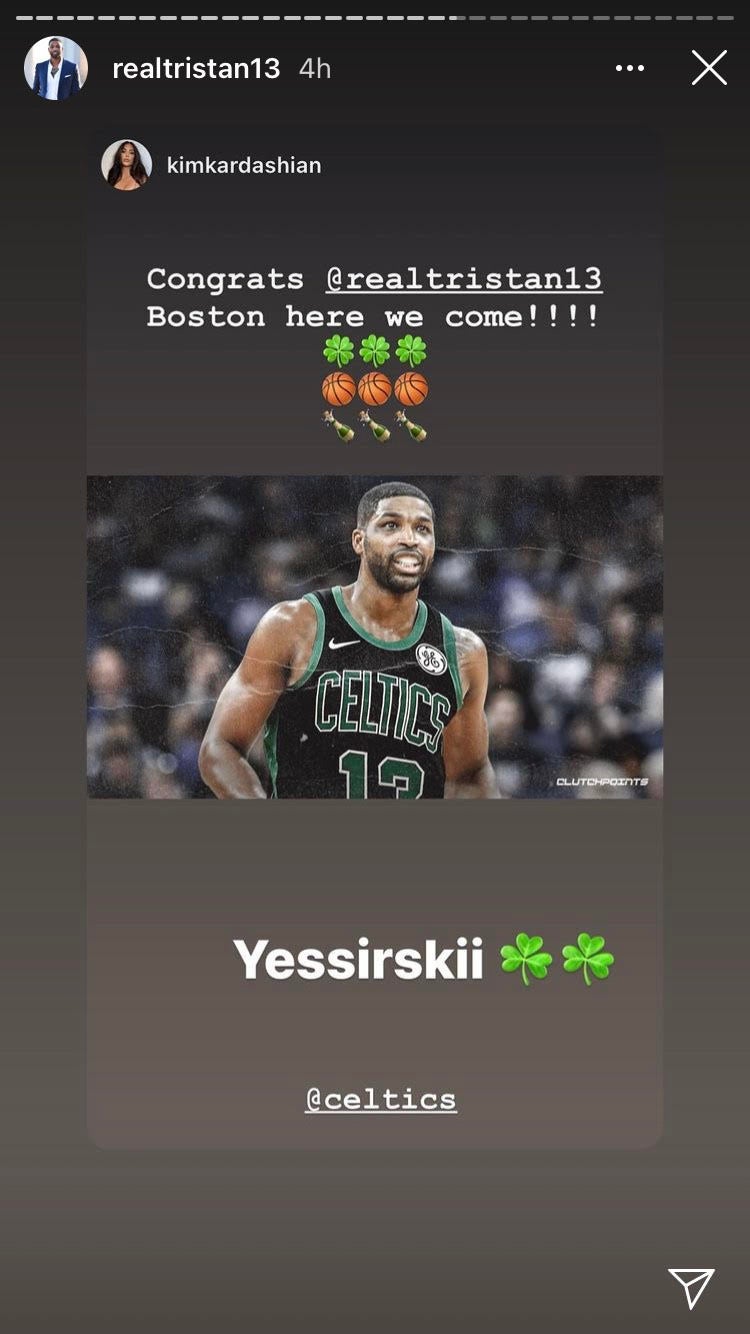 He also shared their brother Rob Kardashian’s message to his story. 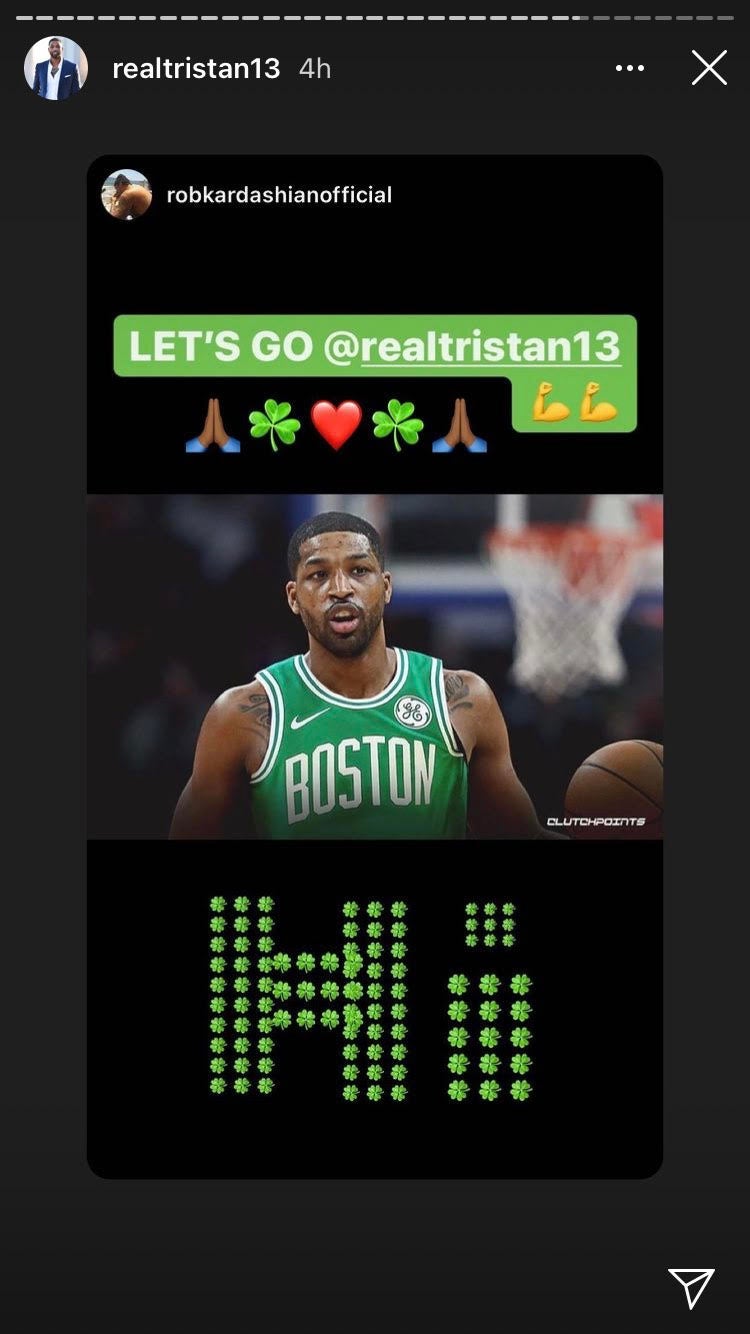 The Kardashians’ arrival in Boston could add a unique wrinkle to this upcoming Celtics season. 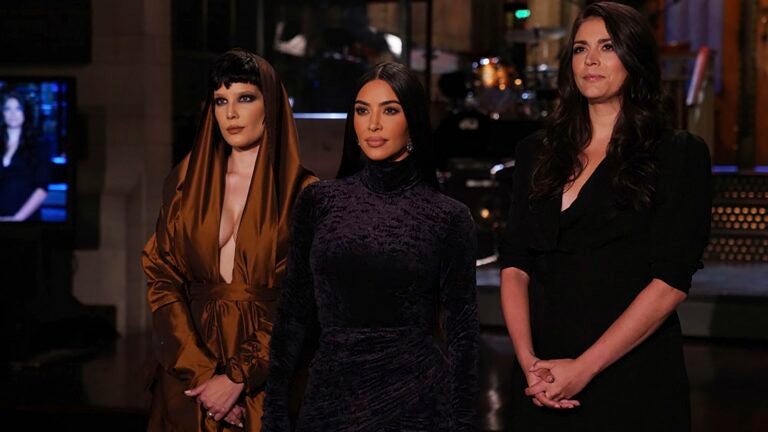