Food banks in the Carolinas and Chicago are the richer for “The Last Dance,” thanks to a $2 million donation from Michael Jordan that is the latest charitable contribution from a man who has, in the past, been criticized for not doing more.

“In these challenging times and in a year of unimaginable difficulty due to covid-19, it’s more important than ever to pause and give thanks,” Jordan said in a statement on the day before Thanksgiving. “I am proud to be donating additional proceeds from ‘The Last Dance’ to Feeding America and its member food banks in the Carolinas and Chicago to help feed America’s hungry.”

Forbes estimated that Jordan had received $3 million to $4 million for his participation in “The Last Dance,” ESPN’s award-winning, 10-part documentary on his final season with the Chicago Bulls. He previously announced that he would donate all of his earnings from the program to Friends of the Children, a mentorship nonprofit dedicated to breaking the cycle of generational poverty.

Jordan has been especially benevolent over the last few months. In June, after the death of George Floyd, he pledged $100 million over the next 10 years to “organizations dedicated to ensuring racial equality, social justice and greater access to education” in conjunction with his Jordan Brand.

The announcement of that donation came five days after he released a statement condemning the death of George Floyd. A white Minneapolis police officer had pressed his knee against the back of the black man’s neck for nearly nine minutes.

“Black lives matter,” Jordan’s statement then read in part. “This isn’t a controversial statement. Until the ingrained racism that allows our country’s institutions to fail is completely eradicated, we will remain committed to protecting and improving the lives of black people.”

In November, the North Carolina native opened the second of two clinics he promised in 2017 would serve troubled communities in the Charlotte area.

Over the years, Jordan drew criticism for a perceived indifference to activism, including not endorsing Harvey Gantt, an African American, during the 1990 Senate race against incumbent Jesse Helms in his home state of North Carolina. It was at that time when Jordan allegedly quipped, “Republicans buy shoes, too.”

“I’ll be honest: When it was reported that Michael Jordan said, ‘Republicans buy sneakers, too,’ for somebody who was at that time preparing for a career in civil rights law and public life and knowing what Jesse Helms stood for, you would have wanted to see Michael push harder on that,” former president Barack Obama said in an episode of “The Last Dance.”

Kareem Abdul-Jabbar, the Lakers’ Hall of Famer who long has spoken about social issues, called Jordan out, saying he chose “commerce over conscience.” But in 2017, he opposed North Carolina’s so-called “bathroom bill.”

Two years ago, he donated $1 million each to the American Red Cross and the Foundation for the Carolinas Hurricane Florence Response Fund to held recovery efforts after that storm. 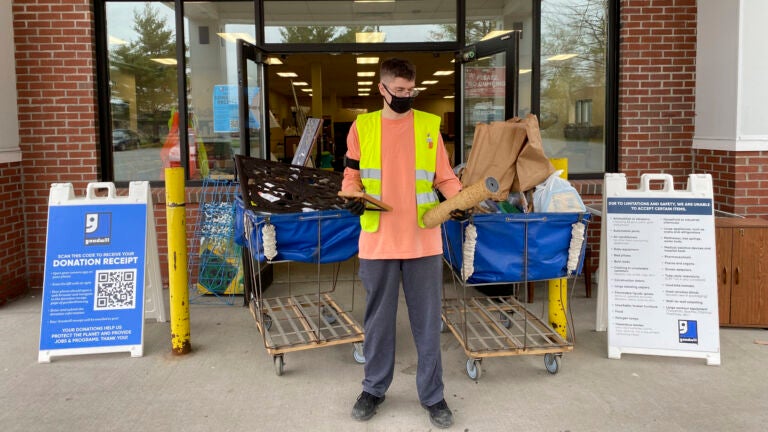