NBA ratings for the first round of the playoffs on ESPN, ABC, and TNT were up 46 percent over last year’s bubble-bound first round and a three percent rise over 2019, the last full season before the pandemic. First-round games averaged 3.06 million viewers across the three networks.

The league hasn’t seen a recovery that impressive since LeBron James’s chase-down block of Andre Iguodala in the Cavaliers’ win over the Warriors in Game 7 of the 2016 Finals.

It will be fascinating to find out whether those numbers are sustainable, with marquee franchises and/or big-market teams such as the Celtics, Lakers, and Knicks getting bounced in Round 1.

But the good news through the first wave of playoff games, following a regular season in which ratings dipped more than 10 percent from 2019-20 numbers, made me wonder if there’s an overlooked factor in all of the brow-furrowing analysis on why viewership plunged and remained in those sunken depths for a nearly a year.

There certainly have been enough theories on what caused the decline, going back to the postseason last year in the Orlando bubble. Some theories were valid — the sports calendar was overloaded in the fall, television viewership plunged in all genres other than cable news during the pandemic, and the buildup to the November presidential election drew people away from sports in general.

Some like to cite players’ social justice messaging as a reason for the decline, but that impact on ratings was ancillary at best, and it’s ridiculous to suggest the messaging was obtrusive on any broadcast. The loudest howlers about players using their platform to express themselves probably weren’t modern NBA fans in the first place.

There was another factor that I hadn’t thought much about until the first round of this year’s playoffs: the presence of crowds in the arenas, and how much they enhance the television broadcast.

With Massachusetts loosening restrictions in late May on the size of crowds permitted to gather, the Celtics went to near full capacity for Game 4 of their series with the Nets. Official attendance was 17,226; the Garden’s official seating capacity for Celtics games is 19,156.

It made all the difference. Watching Game 4 on TV with the full crowd as the soundtrack felt like the closest we have been to normal in a long time, even if the numbskull who chucked a water bottle at Kyrie Irving put a cloud over it at the end. (Even with smaller crowds, the Bruins-Capitals games in the first round of the Stanley Cup playoffs brought a similar cathartic life-is-getting-good-again effect.)

Even when the Celtics had smaller crowds in attendance — there were 4,789 in the building for Jayson Tatum’s 50-point masterpiece in Game 3 — it sounded and looked so much better on television.

It’s funny, the quality of play in the bubble last fall was extremely high, something new president of basketball operations Brad Stevens has pointed out on occasion. But the television product, with empty arenas, had all the excitement of a summer league broadcast. I’d call it soulless, but we actually heard the soles — the constant squeaking of sneakers on the court. The basketball was high-quality, but the broadcasts reminded us of how weird and isolated our world remained.

I ran this theory about fans affecting the ratings by TNT analyst Charles Barkley, who has been known to share an opinion or two. Let’s just say Chuck did not hem and haw while agreeing with the notion.

“Sports suck without fans,’’ said Barkley. “They just do. And you can’t hide that on TV. The fans are what make it more than a basketball game.

“I think what has happened is that the fans realize that life sucks without sports. But on the other side of it, I think the players learned, man, these games really suck with no fans. It’s not the same. This is not nearly as fun.

“So I’m hoping, even with some of the incidents like the Kyrie thing in Boston, that this is a turning point where we realize how much the fans mean and everyone starts having more respect for each other. We’ll see how that goes. But I’m hoping. The league isn’t undervaluing the fans now, I know that.”

Barkley, who took his hideous golf swing to Lake Tahoe this weekend to play in the American Century Championship pro-am at Edgewood Tahoe Golf Course, airing on NBC and NBCSN, didn’t limit his opinions to just one topic. A couple of other thoughts:

On the possibility of the Nets winning the NBA title: “If they win it, they win it. But I want it perfectly clear, I’m rooting against those guys. I root against all super teams. That’s just the way … I’m old school. I said the other day if I would have known you guys were going to make fun of me for not winning the championship I would have joined a super team back in my day. Me and Patrick [Ewing] and Karl Malone and John Stockton.”

On whether fellow “Inside the NBA” analyst Shaquille O’Neal plays golf: “He does not. He’s in every crappy commercial on television so that takes up all his free time. He got some water out now … I’ve never seen him drink water, but he’s got a water company now.” 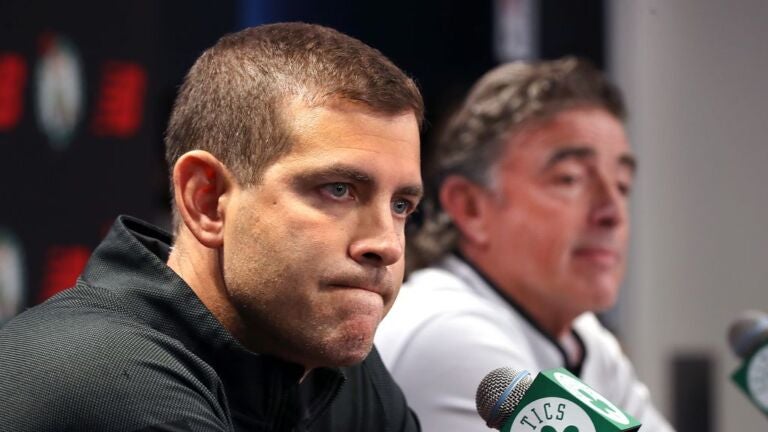