Never let it be said that the Golden State Warriors don’t have a sense of humor — whether it be about themselves, about Massachusetts, or about the fact that they’re about to have their shorts handed to them by the Boston Celtics in the NBA Finals.

(We may be projecting a little bit on that last one.)

To herald their arrival in Celtics country, the Warriors released a video — up to 80,000 views and counting as of Tuesday afternoon — in which their players try gamely to pronounce the names of several Massachusetts communities that, to be honest, sometimes trip up people who actually live here.

The most creative pronunciations had to come from Moses Moody, who we’re sure will be spending his time in between games visiting the sunny beaches of Glow-Sister (Gloucester) and Skitoots (Scituate). Meanwhile, to Otto Porter Jr.’s credit, it’s hard not to prefer his pronunciation of “Bill-Lehrrica” to the correct version (whatever that is).

We’d also be remiss if we didn’t give props to Juan Toscano-Anderson, who nailed both Scituate and Tyngsborough! (We think?)

While you wait to see if the 1-1 Celtics can rebound at home Wednesday after Sunday night’s Game 2 loss to Golden State in Cali, you can watch the parade of pronunciations below: 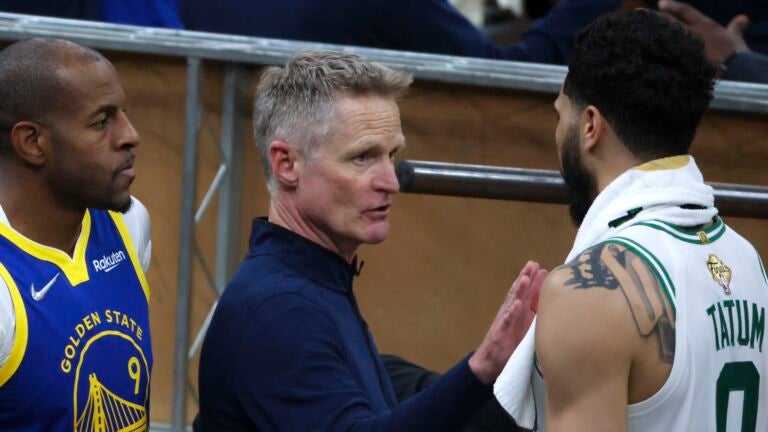 What the Warriors said about the Celtics following their Finals win