There will be no remorse, no silly responsibility to display sportsmanship, and certainly no misconception about what the New England Patriots plan to unleash on the Indianapolis Colts Sunday night, when the two teams meet for the first time since last January’s AFC Championship game.

No matter if you’re of the notion that the Patriots are playing with an added edge this fall after what the team, and quarterback Tom Brady in particular, went through during an offseason of deflating accusations, Ted Wells, and Judge Richard Berman, The Middle Finger Tour begins in earnest for the 4-0 Patriots this weekend.

Pittsburgh. Buffalo. Jacksonville. Dallas. Those were but warmup performances. Opening Night is Sunday night under the roof of Lucas Oil Stadium.

How can Colts fans expect anything other than utter demoralization at the hands of the Patriots?

Remember, if NFL czar Roger Goodell had his way, Brady would be making his much-ballyhooed 2015 debut against the Colts. Instead, he’s had four games, 11 touchdowns, and 1,387 passing yards to prepare him for a trip that Patriots fans have had circled on their calendars since the schedule was released last spring.

It’s Judgement Day for the Indianapolis Colts and there will be little mercy on the part of the Patriots, embracing the role of the enemy in the realm of a duplicitous National Football League.

In their last six meetings, dating back to 2010, when Peyton Manning still dressed in blue, the Patriots have outscored the Colts, 251-125, including a pair of postseason demolitions. It’s merely a 189-73 advantage in the Andrew Luck era, which started in 2012. Over the last two meetings, the Patriots have utilized unknown running back Jonas Gray and incumbent LeGarrette Blount to account for the majority of the 423 rushing yards amassed on the porous Indianapolis run defense. Dion Lewis might as well wear a T-shirt that reads “Tackle Me Here’’ for the Colts to understand what Bill Belichick’s gameplan might be this time around.

This season, the Colts are allowing an average of 112 yards per game (New England is allowing a similar 112.8) on the ground over their first five games, the last three of which they’ve won to recover from an 0-2 start. Luck, nursing an injury to his throwing shoulder, has missed the last two games for the Colts, but is said to be practicing this week with an eye on returning to the turf on Sunday.

Let’s hope. No disrespect to Matt Hasselbeck (combined, he and Luck are a robust 0-6 career vs. New England), but this game deserves all the star power in their respective places. Even if Brady-Luck hasn’t exactly progressed past the potentially dramatic stage of Brady-Rob Johnson, we’ve learned over the years that any excuse the Colts can bring to the table could mean either a drastic rule change or an “independent’’ investigation. Next thing we know, general manager Ryan Grigson will demand Goodell look into accusations that Brady’s business partner, Alex Guerrero, slipped Luck a tragic potion that sidelined him in advance of Sunday night.

From Bill Polian to Grigson, Manning to Luck, Bush to Obama, the Colts have been whining about the Patriots in one form or another. Deflategate ended up being the most drawn-out, confusing, and wasteful saga between the two franchises, ultimately forcing Bob Kraft to pony up a $1 million fine and a pair of draft picks, while Brady had to go to federal court in order to get his four-game suspension overturned. The defending Super Bowl champions are a punch line for every sports simpleton nationwide, their success boiled down to monkeying with the PSI gauge.

Goodell infamously didn’t show up to the Patriots’ home opener against the Steelers at Gillette Stadium last month, correctly assuming that he would serve as a distraction. But it would be somewhat fitting were he to take in his first New England game of the season during Sunday night’s national broadcast in America’s Heartland. After all, this isn’t only the Colts the Patriots are intent on proving the point to come this weekend. Goodell should be witness to the wrath he created in person.

Oh, the Patriots and Colts will exchange niceties in the days leading up to Sunday, and the accusations that highlighted the offseason will hardly be a mention on either side. Belichick will stand at the podium on Wednesday and praise the Colts for all the things they do well. Patriots players will be trained to say little more than the Colts happen to be the next team on the schedule. There will be no talk of revenge. No discussion of how New England plans to humiliate the Colts in their first meeting since the atypical weather of that January evening, humid and rainy with a storm brewing on the horizon.

Sunday is going to be another ugly night for the Indianapolis Colts. What else is new when these two meet?

Deflated footballs, bathroom breaks, and Dorito Dinks all get a sense of comeuppance this weekend. The balls will be inflated to perfection, and then Brady and the undefeated Patriots will go out and continue pursuit of their own with a surgical rout. 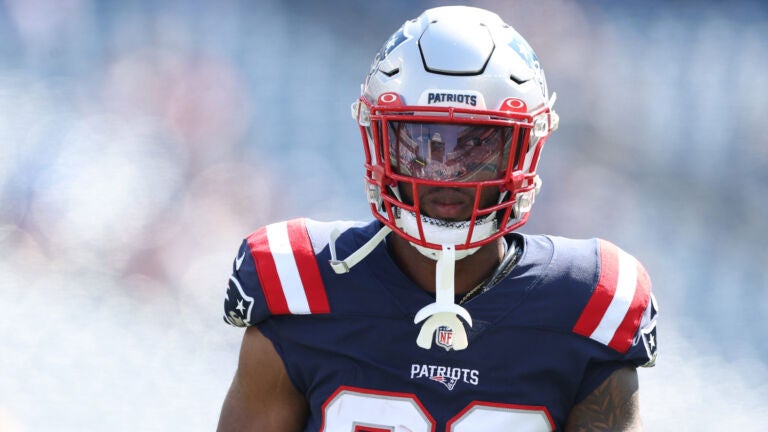