Bill Belichick addresses the potential return of a Patriots locker room attendant involved in the Deflategate scandal, Mike Hazen explains how he became the Red Sox general manager, and the Steelers nab a last-second victory on “Monday Night Football.’’

Bill Belichick: John Jastremski, Patriots still discussing his future responsibilities: “John and the organization are still discussing the best options for him and I’m not aware of any timetable on that,’’ Belichick said. “That’s where it is for now.’’ (WEEI.com)

Who is Alex Guerrero? “I have visited Alex Guerrero. He made me jump on one foot, gave me a bruise that looked like I got hit with a 90 MPH fastball, told me to drink 100 ounces of water a day, stand on one foot and do squats with my big nose one centimeter from the wall.’’ (CSNNE.com)

Steelers manage last-second victory, despite game-clock issues: “Had [Le’Veon] Bell not scored on that play, however, the NFL would have had another wild controversy on its hands. For reasons that were not immediately clear, 18 seconds ran off the game clock after a touchback at the start of the Steelers’ final possession.’’ (ESPN.com)

Celtics rookie Terry Rozier learns lesson about injury treatment: “At the start of training camp, Rozier suffered a mild bone bruise on his knee. He didn’t tell the team’s medical staff, and then the leg swelled up during the Celtics’ game against Real Madrid last Thursday. (The Boston Globe)

Bill Belichick praises Devin McCourty for coverage of Jason Witten: “McCourty was on [Witten] in a lot of those third-down and a couple of red-area situations where they try to double move or go to him on third down,’’ Belichick said, “and those are some critical plays and Devin did a really good job of matching up against Witten. He’s a tough guy to cover.’’ (The Providence Journal) 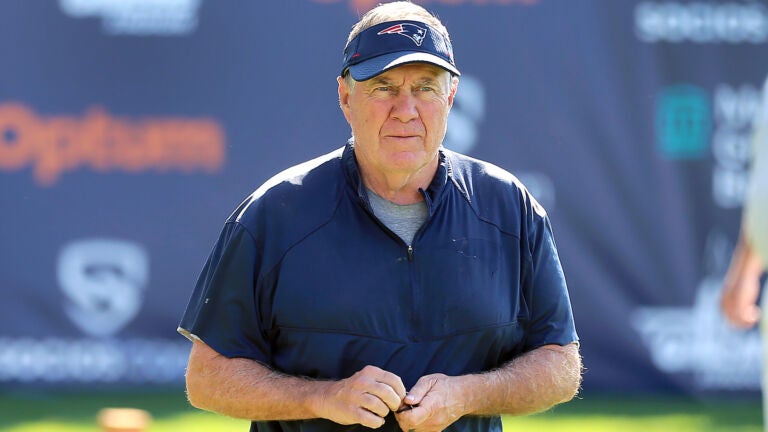