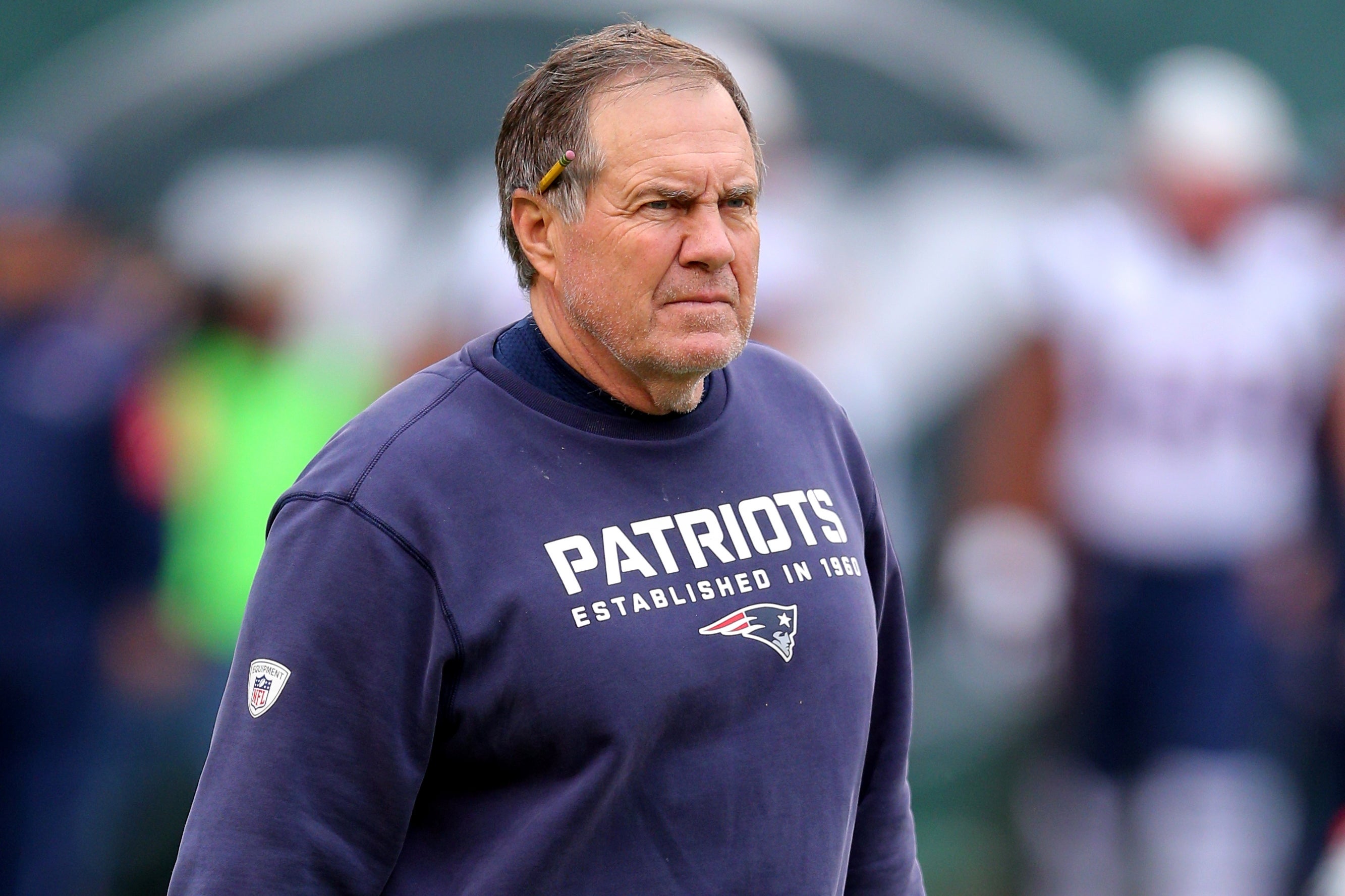 Would Bill Belichick prefer not to see the Jets again?

The Indianapolis Colts are inexplicably still alive in the AFC playoff picture.

At 7-8, the Colts can catch the Houston Texans with a win over the Tennessee Titans, while the Texans slip up against the Jacksonville Jaguars. That would tie the Colts with the Texans for strength of schedule victories, if both the following occur.

Of course, things are a little bit simpler in the book of the New England Patriots’ playoff scenarios; Win and they secure the No. 1 seed in the AFC. Lose, and they still have a first-round bye to enjoy next weekend while either the Bengals or Broncos are forced to host one of the wild card entrants.

The Jets get in with a win, which could set up a New York-Cincinnati showdown. If the Jets win that one, they’d be headed to Foxborough if the Patriots win home-field.

Or…maybe the Patriots figure it might be a better matchup should the Chiefs take care of the Texans, or vice versa.

Not that home-field doesn’t have its advantages, but one of the back door positives of finishing second would be avoiding the Jets. It might also mean a trip to Denver, where the Patriots have historically struggled, but…

Not like the Jets are the second coming of the 70’s Steelers, but they do pose certain matchup problems for the Patriots, although New England will be back at a more reasonable level of health in a few weeks. But it still begs the question if you want to pose matches two weeks out. Is it better to finish No. 1, or No. 2? Just to avoid a team that beat you in Week 16? One that played you tightly earlier in the season? A team that inexplicably bounced you from the postseason a few years ago, even if it seems a football lifetime ago?

It’s not always easy to monkey with the seeding, but the Pats have an opportunity to do so, if they choose. Hell, at least it’s an easier job than the Colts have in front of them.

Our roundup of picks for Sunday’s Patriots-Dolphins game:

Ryan Tannehill enters Miami’s season finale banged up after being sacked six times last week and then again during the week on that vicious blindside hit by Miko Grimes. The Patriots figure to offer little respite Sunday, their 48 sacks ranking second in the NFL. Too bad for the Fins this game means something for New England and, therefore, guys like Tom Brady won’t have the day off. Pats have sewn up a first-round bye but need to beat Miami (or see an unlikely Denver loss) to clinch the home field throughout. Pats are 2-3 since a 10-0 start, have lost their past two visits to Miami and might be vulnerable for an upset here. I won’t go that far. Brady is still Brady, and he stills has Rob Gronkowski. Even if it’s just those two and nine bandaged mummies, that’s still a better offense than Miami usually shows. But I do see a much better game than Miami’s 36-7 collapse up there on Oct. 29. See this one close, in fact. That reminds me. Aside to Bill Belichick: If this one happens to go into overtime and you win the coin toss, take the ball, dummy.’’

Mike Reiss, ESPN.com: Patriots 33, Dolphins 13. “Bill Belichick had players in full pads on Wednesday with a focus on returning to fundamentals, and players have generally responded well to that this year. Last Sunday’s loss to the Jets exposed some issues with the run defense, but the Patriots should clean that up against a 5-10 team that is playing out the string, while also benefiting from the possible return of some important injured players.’’

James Walker, ESPN.com: Patriots 30, Dolphins 7. “The Dolphins (5-10), who have lost five of their past six games, essentially have one foot out the door heading into the season finale. Their offense is averaging just 16.2 points per game in the past month, and the lack of scoring puts too much pressure on the defense. The Patriots (12-3) still have something to play for and are the ideal team to quickly put Miami out of its misery. New England won the first meeting this season by 29 points; expect a similar mismatch on Sunday.’’

Pete Prisco, CBS Sports: Patriots 27, Dolphins 20. “The Patriots need this game to lock up the top seed in the conference, so they will be focused. Miami appears to have packed it in for the season. New England is banged up on the offensive line, which has to be a concern. Even so, they will find a way.’’

Peter Schrager, Foxsports.com: Patriots 31, Dolphins 13. “Unlike the Ravens a week ago, I don’t see the Dolphins rallying to knock off their heavily favored division rivals. The Patriots, unfortunately, need to win this one to preserve home-field advantage, meaning they have to go with their starters. The injuries have piled up and they’re literally limping into the playoffs. Not good. The home field will matter all the more this year.’’

Foxsports.com staff: Six out of seven pick the Patriots.

USA Today staff: All Pats. Two writters have New England as the “Lock of the Week.’’

Mike Florio, Pro Football Talk: Patriots 30, Dolpins 17. “The Patriots are vulnerable, but the Dolphins gave up on this season a while ago.’’

Michael David Smith, Pro Football Talk: Patriots 34, Dolphins 14. “The Patriots are a win away from home-field advantage throughout the AFC playoffs, and they should get that win against a Dolphins team that looks beaten up and ready to pack it in.’’

Neil Greenberg, Washington Post: Winner: New England Patriots 64.4 percent. “Miami ranks second to last in Football Outsiders’ weighted efficiency metrics, so even at half strength this should be an easy one for New England.’’

Elliot Harrison, NFL.com: Patriots 30, Dolphins 20. “Key matchup: New England’s wide receivers versus Miami’s secondary. The Dolphins don’t have a Darrelle Revis to man on Rob Gronkowski. So do they man bracket him with Reshad Jones over the top? Can any Patriots receivers make plays with Julian Edelman still out? Miami is 28th in yards per pass attempt allowed and tied for 28th in passing touchdowns allowed. Playoff implications: Win here and the Patriots will secure home-field advantage throughout the playoffs. They’ve already secured a bye for the sixth straight postseason, an amazing feat in this salary-cap era.’’