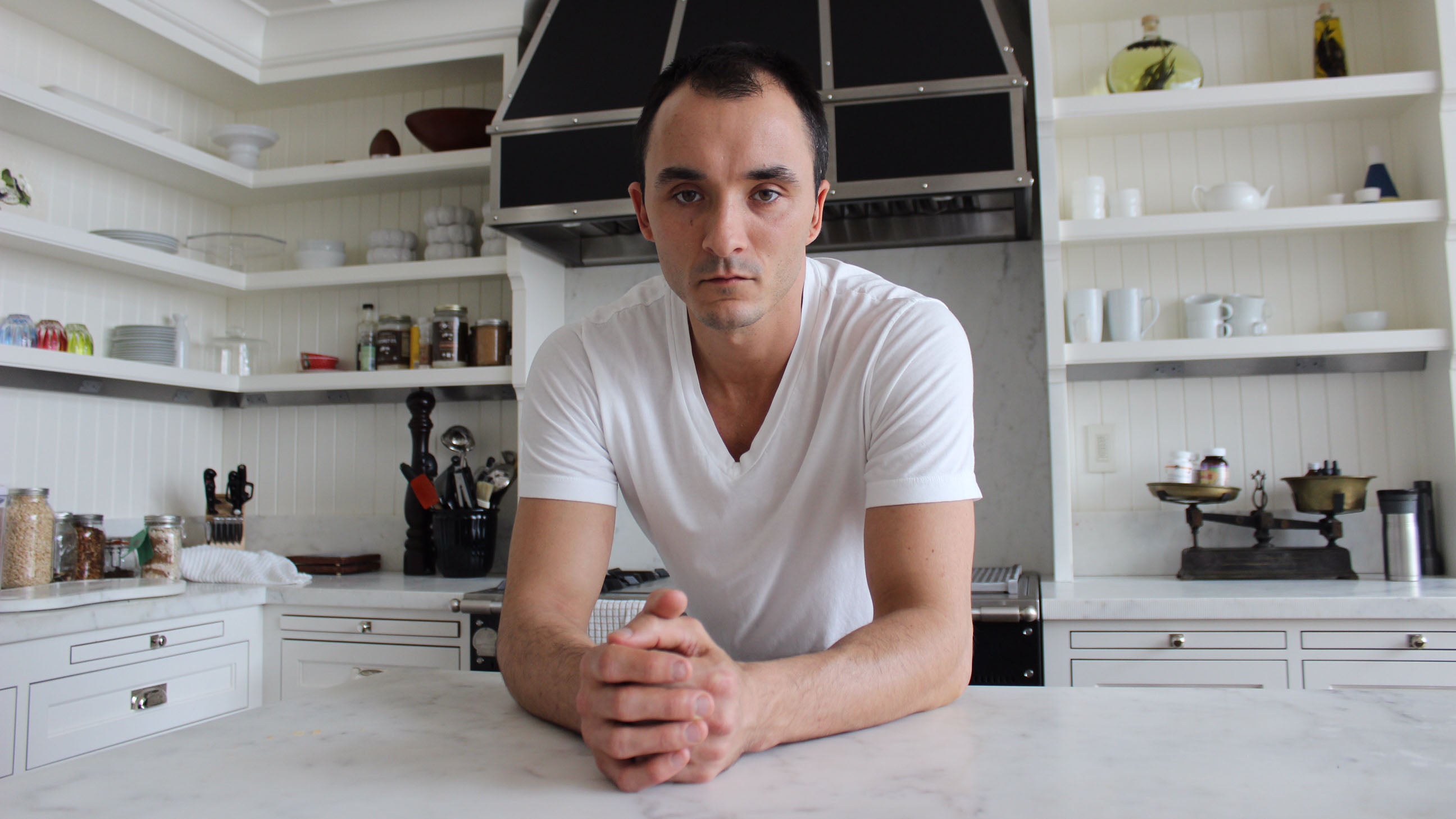 Allen Campbell has never been anything but a chef. After graduating from Newbury College, the Chelmsford native went on to stints at the Boston Harbor Hotel, the Bay Tower Room, and Mistral. While living in Miami—where he worked at the Gansevoort Hotel—Campbell became obsessed with plant-based diets.

Miami also is where he met his current employers: Tom Brady and Gisele Bundchen.

Ahead, Campbell talks about what it’s like to feed New England’s superhero quarterback and his family, the secret ingredient in his raw vegan version of fruit roll-ups, and the many ingredients he won’t ever touch.

1. This seems like a dream job for a private chef. How did you end up in this role?

Campbell: Tom and Gisele—they were my first family. I had never been a private chef. I always worked in restaurants and hotels.

Around the time I met them, I had started really focusing on plant-based diets, because that’s where all the nutrition is. Their previous chef came from a very similar perspective, and they wanted something similar to their old chef. Even from the start, it was just such a great match between what they wanted and my philosophy.

In the beginning, I just picked their brains as much as I could. I was trying to pull feedback from them, saying “You need to tell me if something isn’t good.’’ And then I just started making food. They were just really laid back—that’s how they are.

Campbell: My philosophy starts in my own life, and with my own lifestyle and eating habits. I make conscious decisions to buy local and organic, and to stay away from GMOs, and to think about the future of the planet and the future of humans.

I took a plant-based nutrition course earlier this year. It was an online course through Cornell, and it’s taught by a doctor named T. Colin Campbell, who’s behind “The China Study.’’

My philosophy is that a plant-based diet has the power to reverse and prevent disease. 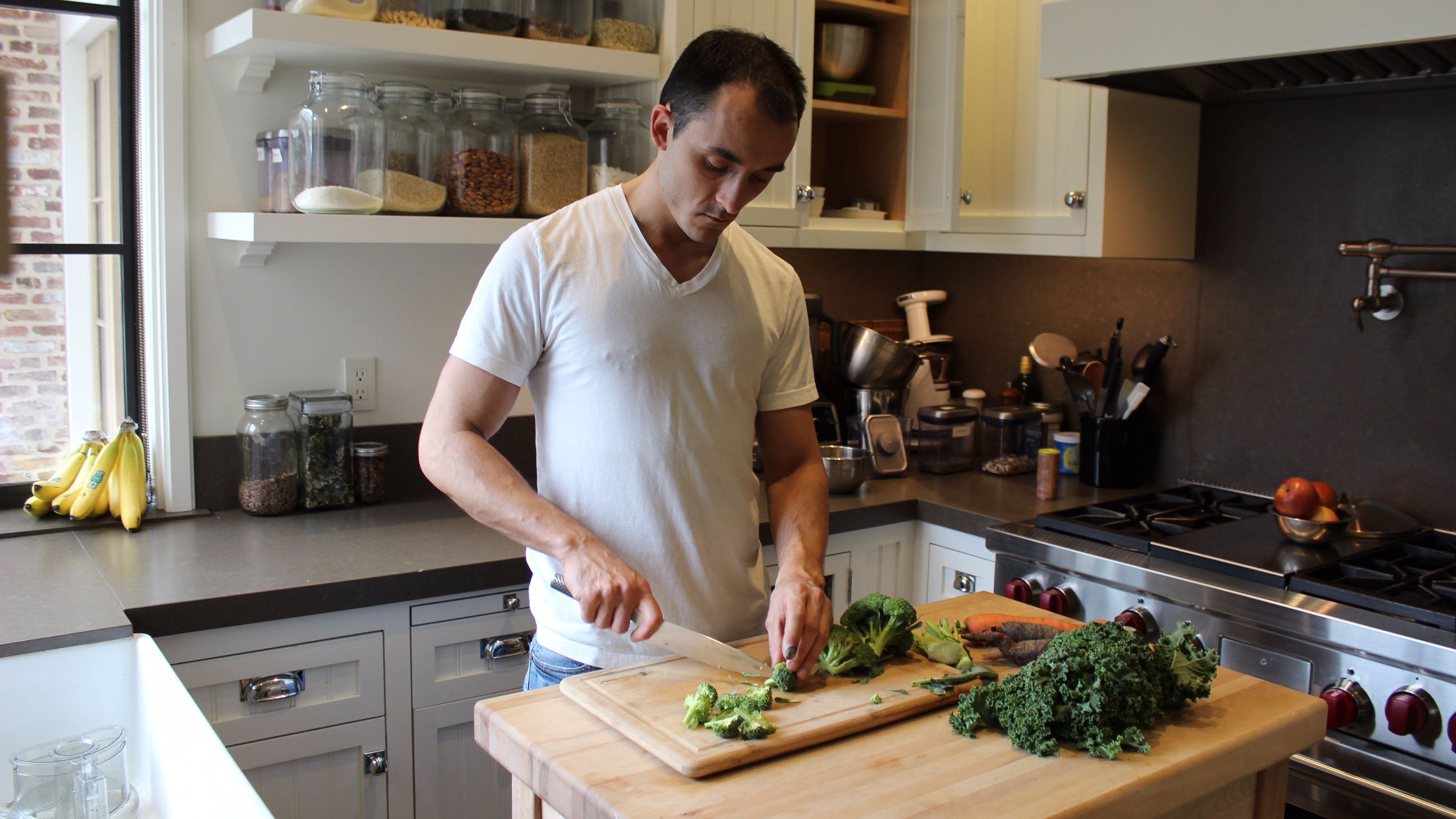 Campbell prepares a meal in the chef’s kitchen at Brady and Bundchen’s Brookline home.

3. How does that philosophy translate in terms of what you cook for Tom, Gisele, and the kids?

Campbell: So, 80 percent of what they eat is vegetables. [I buy] the freshest vegetables. If it’s not organic, I don’t use it. And whole grains: brown rice, quinoa, millet, beans. The other 20 percent is lean meats: grass-fed organic steak, duck every now and then, and chicken. As for fish, I mostly cook wild salmon.

It’s very different than a traditional American diet. But if you just eat sugar and carbs—which a lot of people do—your body is so acidic, and that causes disease. Tom recently outed Frosted Flakes and Coca-Cola on WEEI. I love that he did that. Sugar is the death of people.

4. What ingredients don’t you use?

Campbell: No white sugar. No white flour. No MSG. I’ll use raw olive oil, but I never cook with olive oil. I only cook with coconut oil. Fats like canola oil turn into trans fats. … I use Himalayan pink salt as the sodium. I never use iodized salt.

[Tom] doesn’t eat nightshades, because they’re not anti-inflammatory. So no tomatoes, peppers, mushrooms, or eggplants. Tomatoes trickle in every now and then, but just maybe once a month. I’m very cautious about tomatoes. They cause inflammation.

What else? No coffee. No caffeine. No fungus. No dairy.

The kids eat fruit. Tom, not so much. He will eat bananas in a smoothie. But otherwise, he prefers not to eat fruits. 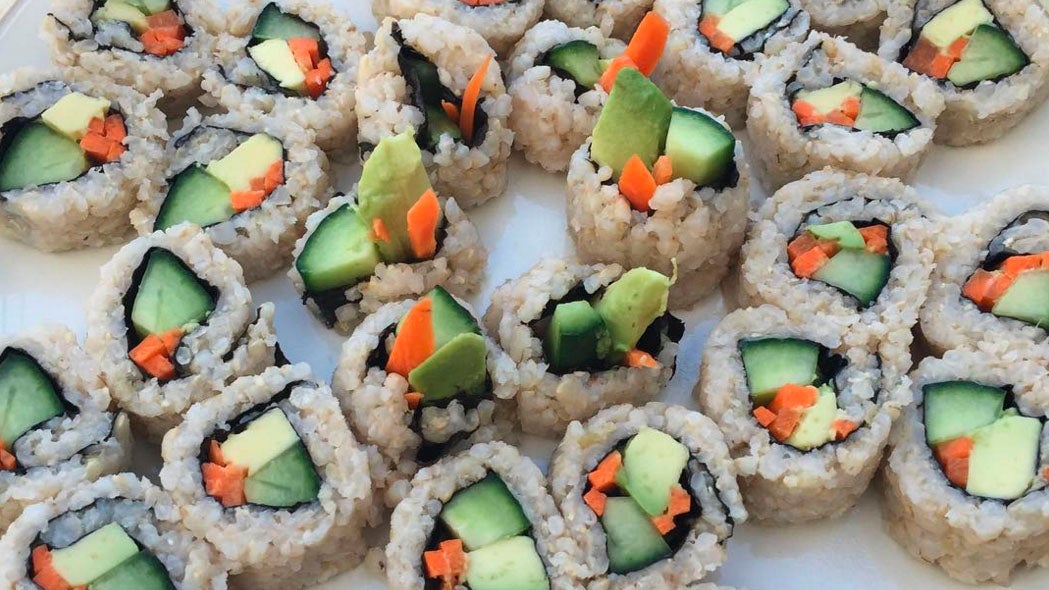 5. Do the kids eat the same things Tom and Gisele eat?

Campbell: Yeah, I mean pretty much. Vivi was only nine months when I started, so I gave her first food. And 90 percent of the time they all eat the same thing. I cook for the kids, but Gisele makes Benny’s lunch to take to school. She packs that herself.

Yesterday I made veggie sushi for the kids. I’ve been doing that a lot lately. It’s brown rice, avocado, carrot, and cucumber. The kids like [it] maki-style, so the rice is on the outside. And I do it with a ponzu sauce, which is uzu and tamari. [I use] tamari because we stick to gluten free for everything.

For snacks, I make fruit rolls from bananas, pineapple, and spirulina. Spirulina is an algae. It’s a super fruit. I dehydrate it. I dehydrate a lot of things. I have three dehydrators in their kitchen. I also make raw granola and raw chocolate chip cookies.

6. What are some recent meals you’ve cooked for the family?

Campbell: I’m all about serving meals in bowls. I’ve just did this quinoa dish with wilted greens. I use kale or Swiss chard or beet greens. I add garlic, toasted in coconut oil. And then some toasted almonds, or this cashew sauce with lime curry, lemongrass, and a little bit of ginger. That’s just comfort food for them.

I’ll do a menu a day or two in advance for the whole week so they can see what [I’m making]. And I keep [the menu] in the kitchen on the counter somewhere, but I just started doing that. They don’t really ask for specific things. They really are laid back. 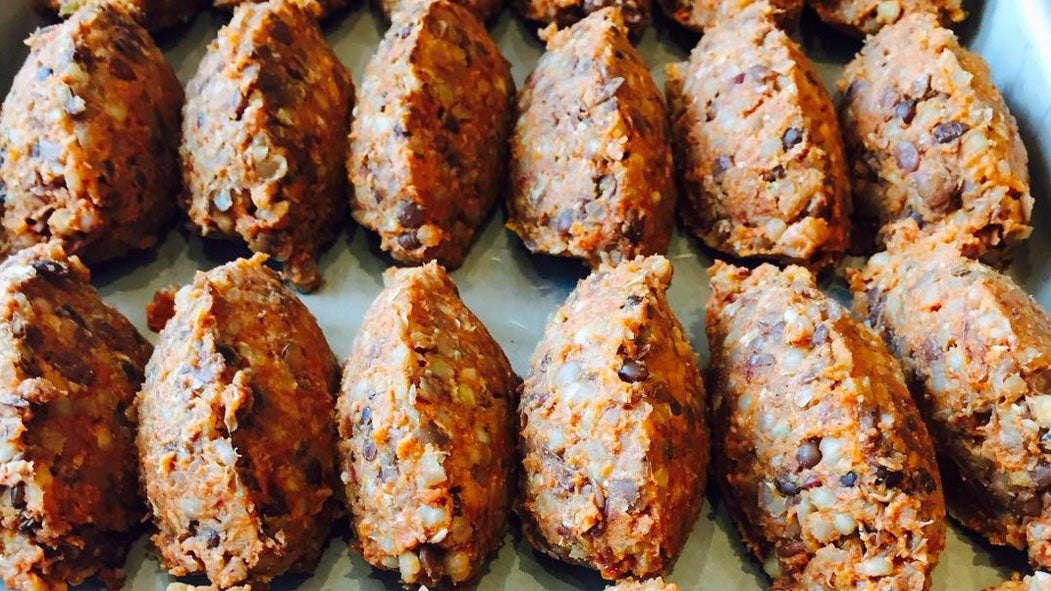 Lentil buckwheat footballs, prepared as the Patriots season got underway this fall.

7. How different are Tom’s meals before games compared to what he normally eats?

Campbell: I always have it in mind, if [Tom] has a game—but it’s never dictating what I would cook. It’s really not different. The only real difference [in terms of the kinds of things I cook] is seasonal. In the wintertime, it’s going to be more red meat and more soups and root vegetables. And in the summer, they eat lighter, so I’ll make raw lasagna and more salads.

8. Do you do the grocery shopping? Where do you shop?

Campbell: I do all the shopping. In a perfect world, I would go to only farmers’ markets. But I do a lot of shopping at Whole Foods, too. And I buy meats at The Butcher Shop in the South End—Barbara Lynch’s place. And Siena Farms. I live in SOWA, so I hit those guys at the farmers’ market on Sunday. Campbell: So, it varies depending on whether [Tom and Gisele] are home. I used to travel with them sometimes. Not so much now. If they’re gone for a long period of time, I’ll contact wherever they’re staying and give the resort or whoever the lowdown on what they like to eat. And when they aren’t around, I have other clients and I consult at restaurants.

If they’re around, I get up, and then I meditate sometimes. I do some yoga, then I hit the gym. Depending on the day, I sometimes shop before I go over [to their house]. So I get to their house at maybe 11 and serve lunch at 12:30. Then I will usually shop again, and cook and then serve dinner between 5:30 and 6. Then I leave by 7.

10. What it’s like to be feeding two people whose bodies are so crucial to their crafts?

Interested in learning more about what goes on behind the scenes with Tom and Gisele? Check out this profile of one of Brady’s closest confidantes. 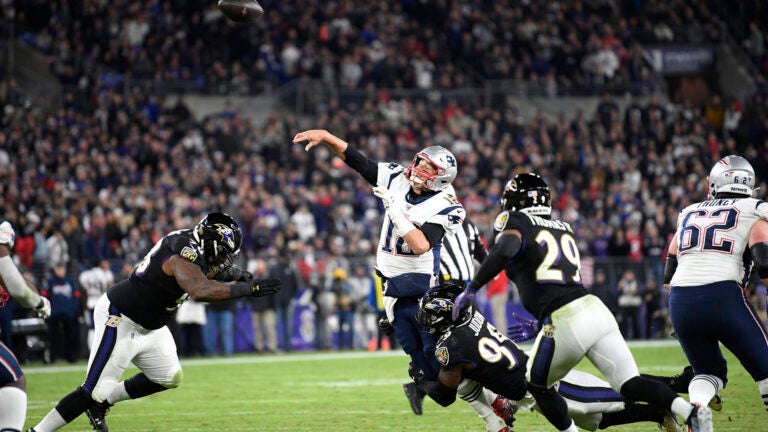