SAN DIEGO (AP) — The San Diego Chargers, Oakland Raiders and St. Louis Rams filed for relocation to the Los Angeles area on Monday night, trying not to be left out in the race to return the NFL to the nation’s second-largest market after a 21-year absence.

The Chargers want to partner with the AFC West rival Raiders on a stadium in Carson.

Chargers chairman Dean Spanos has had the right to leave San Diego since 2008, but the team’s long, contentious efforts to replace aging Qualcomm Stadium became more aggressive after Rams owner Stan Kroenke announced plans to build a stadium in Inglewood.

The NFL confirmed it received the applications to move for the 2016 season. They will be reviewed by league staff and three committees of owners that will meet in New York on Wednesday and Thursday. All owners will meet in Houston next week and are expected to vote on whether to allow any of the teams to move. A team wanting to move needs 24 of 32 votes.

Los Angeles has been without the NFL since after the 1994 season, when the Raiders moved back to Oakland and the Rams moved to St. Louis. The Rams had been in the L.A. area since 1946.

The Chargers and City Hall have been at odds since 2000, when team owner Alex Spanos said the team needed a new stadium. That was just three years after the stadium was expanded to accommodate the Chargers and Super Bowls.

The stadium saga turned nasty this year as Mark Fabiani, an attorney for Dean Spanos, attacked Mayor Kevin Faulconer and his proposals to keep the team.

In a video posted on the team’s web site, Dean Spanos blamed ‘‘the inability of the city at the political level to get any kind of public funding or any kind of vote to help subsidize a stadium.’’

The Chargers’ filing came hours after Spanos’ son, John, the team’s president of football operations, thanked fans for ‘‘your unwavering support and passion’’ in a statement in which he expressed support for beleaguered coach Mike McCoy and general manager Tom Telesco. McCoy will return despite the Chargers going 4-12, their worst record in 12 seasons. Telesco had his contract secretly renewed last summer.

The Raiders and Rams were both 7-9.

The Chargers walked away from negotiations with the city and county in mid-June.

In the three brief negotiating sessions between the Chargers and city and county officials, the team mostly focused on what it called a flawed environmental impact report for a new stadium. The team did not negotiate finances, but it has said in the past that it expects a public contribution of at least 60 percent.

Under the city and county’s proposal, public funding would be capped at 32 percent, with the team being responsible for overruns.

The Chargers claim 25 percent of their fan base comes from north of San Diego County, although they’ve declined to offer proof.

Oakland has expressed interest in building a new stadium for the Raiders at the Coliseum site but has no funding plan as of yet.

The Rams currently have a year-to-year lease with the Edward Jones Dome.

Kroenke has ignored efforts by a St. Louis task force that is proposing a $1.1 billion stadium along the Mississippi River, not far from the Rams’ current stadium built in 1995.

The Rams have had 12 consecutive non-winning seasons, including a 15-65 record from 2007-11 that is the worst five-year stretch in NFL history. Out of 21 seasons in St. Louis, they’ve fielded four winners, including the 1999 Super Bowl title team and 2001 team that lost to Patriots in the Super Bowl.

The St. Louis stadium task force said in a statement it had anticipated the filing ‘‘for more than a year’’ and was ‘‘extremely confident’’ its proposal would be ‘‘well received as the league weighs its options in the weeks ahead.’’

Rams coach Jeff Fisher was head coach of the Houston Oilers when they relocated to Tennessee in the 1996, and that could happen again.

‘‘I shared with the team today, I’ve been through this experience before,’’ Fisher said earlier Monday. ‘‘We have to take the approach and with the assumption that everything’s taking place here in St. Louis until we’re told otherwise.’’

Safety T.J. McDonald’s father, Tim McDonald, was a rookie defensive back on the Cardinals in 1987 in their final year in St. Louis before owner Bill Bidwill moved the franchise to Phoenix.

‘‘That’s kind of crazy,’’ said T.J. McDonald, who’s rehabbing from shoulder surgery. ‘‘He’s told me a lot of stories, too many to try to remember.’’

Middle linebacker James Laurinaitis said the demands of the season kept it from being too big of a distraction.

‘‘Really, it’ll become a big distraction now as you sit with nothing to do and you realize it’s what, two weeks or not even (that) away from the decision,’’ Laurinaitis said. ‘‘Everyone’s just kind of fatigued about it, to be honest. Everyone wants closure to it all, just wants to know one way or another.’’ 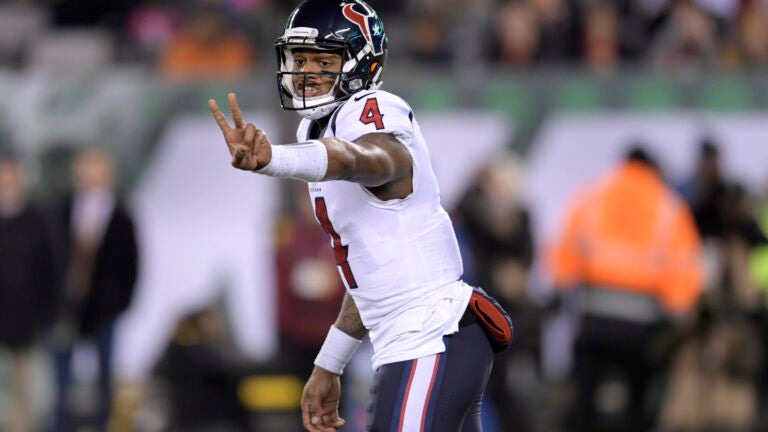 NFL Quarterbacks on the Move: a Guide