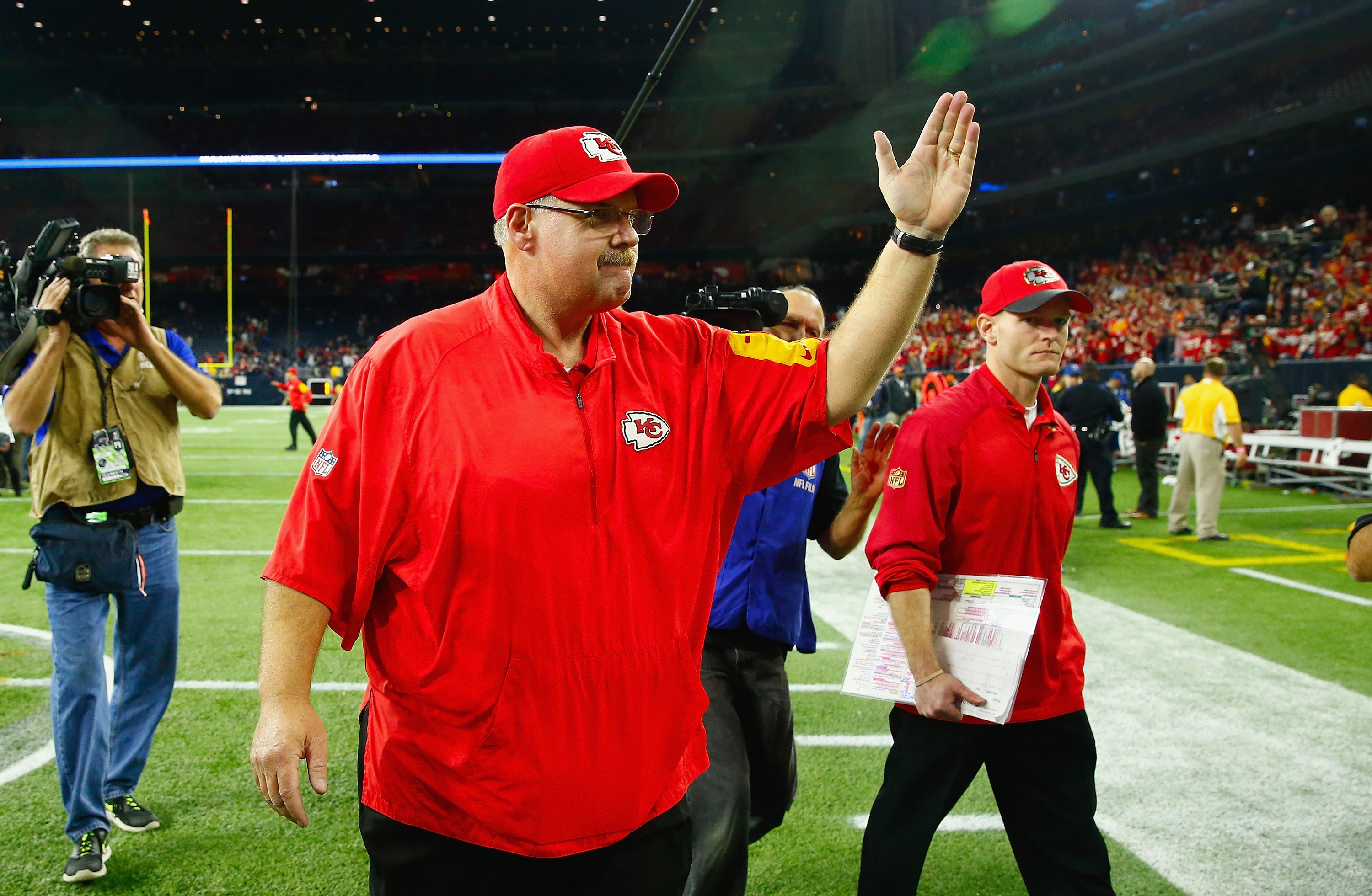 Welcome to Season 4, Episode 17 of the Unconventional Preview, a serious-but-lighthearted, occasionally nostalgia-tinted look at the Patriots’ weekly matchup that runs right here every weekend … or, come playoff time, a few days in advance. The anticipation is irresistible when the stakes are so high, and we can’t help but knock this thing out early.

Well …. leave it to the Bengals to screw up the best-laid plans, or at least the best-case scenarios. Had the Bengals held on in their wild card round matchup with the Steelers Saturday night, they would be the Patriots’ opponent this Saturday at Gillette Stadium. They would have seemed a favorable and perhaps even preferred matchup for the Patriots, given that the Bengals would have been starting noodle-armed second-year quarterback A.J. McCarron and have a history of big-game ineptitude in the Marvin Lewis era. Instead, the Bengals chose the final moments of Saturday’s game to revert to form and bengal all over themselves, with inexcusable personal foul penalties against accomplished knuckleheads Vontaze Burfict and Pacman Jones essentially handing the Steelers the win. I suppose Pittsburgh rookie kicker Chris Boswell deserves some credit for not pulling a Blair Walsh on the winning field goal, but still. The Bengals’ moronic conduct put the Steelers in position to take the game, and they accepted the gift.

I’d love to have witnessed Bill Belichick’s reaction during the last few minutes of that game and after the outcome was determined. Had the Bengals won, they would have come to Foxborough for the divisional round while the Chiefs, who shut out the hapless Texans 30-0 in the other AFC wild card game, would have headed to Denver to face a Broncos team that they beat by 16 points at Sports Authority Field in Week 10. The Chiefs conceivably could have done the Patriots a favor and bounced the top-seeded Broncos, thus assuring the Patriots of home-field in the AFC Championship Game with a win over the Bengals. Instead, the Patriots draw the Chiefs – who have won 11 straight, albeit with few impressive wins beyond the thumping at Denver – while the Broncos get the Steelers, a formidable opponent when healthy but one that is dealing with injuries to Ben Roethlisberger and Antonio Brown, arguably their two most important players. It’s not an easy path for the Patriots. Maybe once the game begins the breaks will start to fall their way, but they sure didn’t this past weekend.

Kick it off, Gostkowski, and let’s get this thing started …

Julian Edelman: You know they’d miss him, but did you know it would be so obvious? The Patriots averaged 30.3 points per game through Week 10 (nine games), with a low of 27 points. That was the week he suffered his broken foot against the Giants, which sidelined him for the rest of the regular season. In his seven-game absence, the Patriots averaged slightly more than 23 points per game. There is nothing coincidental about this – Edelman’s uncanny ability to get open in a small area within a split-second of the ball being snapped not only was crucial regarding the Patriots’ efficiency on third down, but it eased the burden on the line to protect Brady for an extended length. I’m curious – and I imagine we’ll find out rather quickly – whether Edelman has rust to shake off or whether he has been healthy enough to come back for a week or two, with the Patriots deciding to be cautious because of his importance. Among all of his remarkable stats, this one may best confirm what he means to the offense: despite missing seven games, plus part of the Week 10 Giants game, he still finished second on the team to Rob Gronkowski in targets, with 88. They never came close to replacing him. Having him back should mean the prolific Patriots offense returns as well.

Travis Kelce: No one is quite like Rob Gronkowski, but let’s just say that Kelce is closer to Gronk in substance and style than anyone else we can think of, including Gronk’s own various and assorted brothers. Kelce runs like Gronk, with that horse-escaping-the-barn style, and he sometimes frustrates opponents like Gronk, and while he’s not quite as productive as Gronk (72 catches for 875 yards and 5 TDs in the regular season), the Chiefs certainly appreciate their replica. It’s going to be fascinating to see how the Patriots attempt to defend him. If receiver Jeremy Maclin, who suffered an ankle injury against the Texans, doesn’t play, Kelce stands as the only proven weapon in the Chiefs passing game. He had a huge game against the Patriots last season, with eight catches on nine targets for 93 yards and a score, but shutting him down is probably Priority A for Belichick, Matt Patricia, and the Patriots’ defense Saturday night. And their history is that they do shut down Priority A.

Gronk: During the Patriots’ 41-14 Week 4 loss at Arrowhead Stadium last season, Gronk was still easing his way back from the knee injury that ended his ’13 season. He had just two catches for 31 yards, including a garbage-time touchdown from Jimmy Garoppolo. The expectation at the beginning of this week was that Gronk would be a major part of exacting some revenge for that loss, if a loss during a Super Bowl-winning season actually requires exacting. But perhaps the most important story among all the strange events this week — Chandler Jones’s late-night antics and Bill Belichick’s mysterious black-eye included — is the condition of Gronk. Given that he flew to Florida during the bye week, it’s reasonable to presume something happened over the course of the week that led to him to missing at least portions of practice early in the week, then showing up quesionable on the final injury report on Friday. His importance can’t be exaggerated, something Belichick acknowledged in Do Your Job when he said the 2011-13 seasons might have ended differently had Gronk been healthy. He is the biggest variable Saturday in a game full of them.

Don’t really have one that hasn’t already been aired (Nantz-Manning, ESPN-Manning, etc.), other than that it was totally unfair that Andy Reid participated in the Punt, Pass and Kick completion when he was obviously 31 years old.

In case you haven’t caught on already, 1,000 or so words into this thing, I really don’t know what to expect from the Chiefs. Eleven wins in a row is impressive by any measure … and yet only that Denver win stands out as a pelt worth keeping, and an argument can be made that Peyton Manning (5 of 20, four interceptions) handed them that game. They thumped the Texans on the road … and yet at an argument can be made that Brian Hoyer (15 of 34, four interceptions) handed them that game. But there’s no denying that the Chiefs are a formidable opponent; they have a lot going for them. Alex Smith is a smart, athletic quarterback. Their secondary is physical and hawks the football. Their pass rush (47 sacks, fourth in the NFL) is versatile and ferocious, and the Patriots offensive line had better have its act together for the first time in weeks.

Still, despite the unusually frustrating December for the Patriots, we’d be fools to underestimate them. To say the offense they used against the Dolphins was vanilla is to suggest it had more flavor than it really did. Gronk has been underused. So has James White as a pass receiver. Provided that Edelman isn’t too rusty, the offense should be superior to the one that scored just 30 points or more once in his absence. The defense, with Devin McCourty, Patrick Chung, and Dont’a Hightower presumably back at something resembling full strength, is one of the Patriots’ most well-rounded units in years. If the defense needs to pick up the slack for the offense, it is capable of doing so. But the hunch here is that it may not be necessary. As Mike Reiss noted in his Sunday morning ESPN column, revered former Patriots offensive line coach was asked at a recent fan event at the team’s Hall of Fame whether we could expect a more aggressive offensive scheme Saturday. Scarnecchia’s response, according to Reiss: ““Book it,’’ he said. “And sleep easy tonight.’’ That’s good enough for me. Gronk may be hurting, but Scar don’t lie. Patriots 33, Chiefs 24.

What Patriots offseason workouts told us about Mac Jones's 2021 outlook