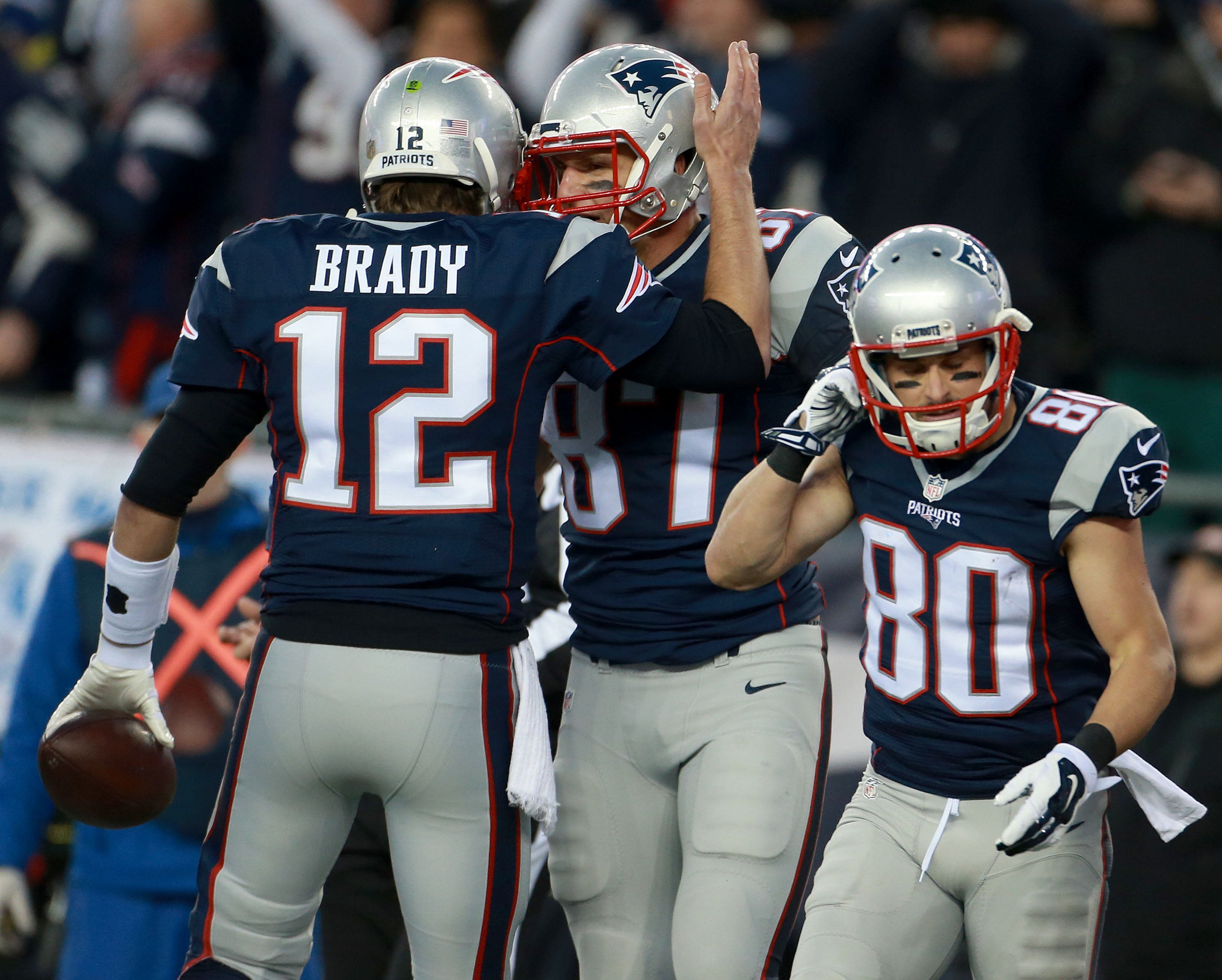 FOXBOROUGH — Well. That answers that.

If there was indeed any feeling of insecurity felt by Patriot fans heading into their team’s divisional playoff game against the Kansas City Chiefs on Saturday night, then what took place at Gillette Stadium was like finding your favorite hoodie, lost for months under the bed, and immersing yourself in its comfortable familiarity.

The oddities of the past week in Foxborough are over. The New England Patriots are, once again, one win away from returning to the Super Bowl.

The Patriots may not have been the fully-oiled machine they had hoped to be heading into the postseason, but, at the very least, New England’s 27-20 win over the Chiefs managed to return a swagger that had been misplaced. The team’s 2-4 stretch to finish the regular season is ancient history, just as is a practice week that boasted a black eye to the head coach, one of its players embroiled in a bizarre medical situation involving the police, and an increasing list of injury concerns for perhaps its most pivotal players on offense.

If Saturday afternoon was spent on pins and needles, Saturday evening was spent riding the high of being able to recognize the Patriots once again. Wide receiver Julian Edelman returned to the field after a two-month absence, and though he looked rusty at times dropping Tom Brady’s passes, it’s also clear just how much confidence the quarterback has with his guy (10 catches, 100 yards) healthy again. The same goes for tight end Rob Gronkowski, who had injuries popping up like Mogwais at the tail end of the week, yet took the field healthy enough for two touchdown grabs in the win.

“I dropped some balls that I shouldn’t have trying to do stuff, trying to make a move before I caught it,’’ Edelman said. “I just had to slow down and get back to fundamentals.’’

It’s the fifth straight season that the Patriots find themselves in the AFC title game, the 10th time overall that head coach Bill Belichick and Brady have taken New England to the verge of the Super Bowl in the past 15 years. Ten.

People were seriously worried that this thing was going to end on Saturday in the same fashion as it did the New York Jets in 2011? C’mon.

You can officially stop freaking out now.

“I think the preparation was good,’’ Brady said, speaking at the podium with a short-sleeved Patriots sweatshirt turned inside-out. “I think we had plenty of plays that we left on the field, things that we can definitely do better. I think we can be sharper next week.’’

Brady threw for 302 yards in the win, his ninth playoff game with 300 or more passing yards, which tied him with Peyton Manning for the NFL record. Odds are that the Denver Broncos quarterback won’t be one-upping Brady on Sunday when his teams hosts the Pittsburgh Steelers in their AFC divisional showdown. Regardless of Manning’s statistics, it’s a game the Patriots will be watching with keen interest.

If the Broncos win, the Patriots are headed to Denver for the AFC Championship. If Pittsburgh finds a way without wide receiver Antonio Brown and with a hurting Ben Roethlisberger, the same Gillette Stadium crowd which jubilantly chanted, “Bra-dy! Bra-dy!’’ at different intervals of Saturday’s game, will get to host one more contest on the road to Santa Clara and Super Bowl 50.

The Middle Finger Tour is most definitely still on schedule.

The game started out ominously when the Patriots lost the coin toss, but the referee on the field informed the New England captains at midfield that they had actually won it. After everything was straightened out, the Chiefs made the call to kick off. Brady and Co. got into action quickly, getting Edelman and Gronkowski involved early, a pivotal factor in getting them back into a semblance of rhythm.

“You always want to get a fast start,’’ Gronkowski said. “Especially being together with everyone. Julian, Danny [Amendola], everyone back out there on the field. We were all just clicking on that drive and it was great to get a touchdown. That’s always how you want to start.’’

Before the sellout crowd at Gillette could even fully get into their seats, their Patriots were up 7-0, with only about 4:20 (no lie) of the clock eaten up before Chandler Jones and the Patriots’ defense took over, even if Chiefs quarterback Alex Smith did give them fits throughout the game.

“To be honest, I didn’t know he could run like that,’’ cornerback Malcolm Butler said after watching Smith rush for 44 yards in addition to his 246 in the air. “But the guy can move.’’

In fact, on a couple of occasions, Smith gave Patriot fans flashbacks of Eli Manning in the Super Bowl, ducking away from incoming traffic and making plays out of nothing. If not for head coach Andy Reid’s baffling clock management skills, the Chiefs might not have had to onside kick after pulling within seven points during the final minutes of the fourth quarter.

But there was really no way the Patriots were ever going to lose this game, a matter that everyone in the building understood after Brady led the Patriots downfield in the initial minutes of the contest. That point was only emphasized when a fired-up Brady demanded his coaches challenge the ruling on his crash into the end-zone pylon in the second quarter. Remember, this is a guy who has Super Bowl 50, in his hometown backyard and a chance to top his idol, 49ers legend Joe Montana, with his fifth ring in his sights.

Well, that and the hopeful comfort of forcing NFL Commissioner Roger Goodell to hand him the MVP award the next day.

No way was that dream dying with a loss against the Kansas City Chiefs.

“Next game is going to be the toughest game of the year and you’ve got to get ready for it,’’ Edelman said.

Back to the AFC title game. All is good. Belichick and company will hold their breath on injuries to Jamie Collins and Jerod Mayo, but revel in the fact that the Patriots finally looked like the defending Super Bowl champs once again.

About an hour before game time, the clouds that populated the Foxborough sky parted and revealed a sunshine glow that might have been interpreted as a comforting sign.

The Patriots are fine and headed back where they belong.

But you probably knew that all along. Right?

Photos from the Patriots’ divisional playoff win over the Chiefs