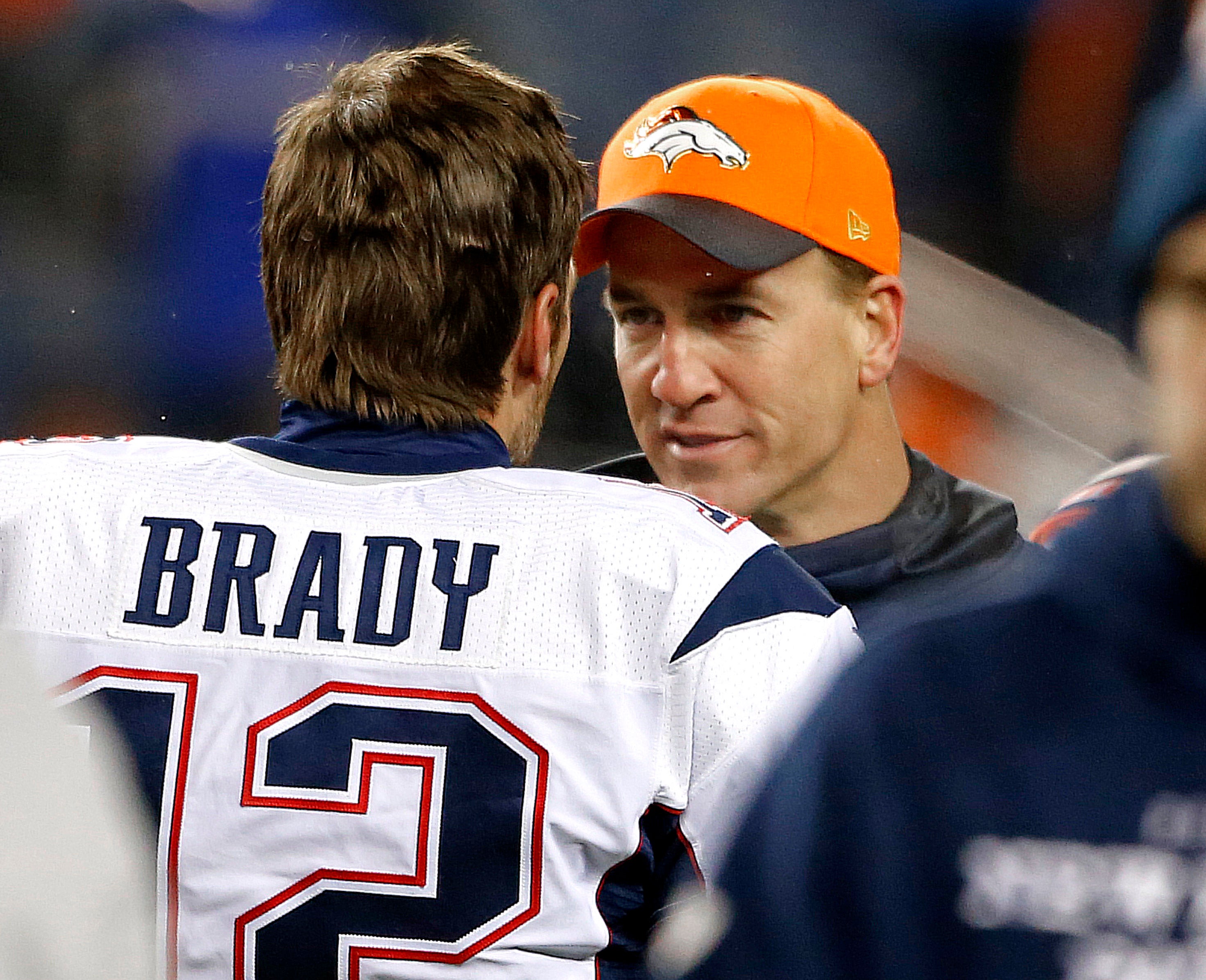 Peyton Manning was on the sideline when the Patriots and Broncos played on Nov. 29.

It’s cool and nerve-wracking and compelling and aggravating. And did I mention nerve-wracking? In terms of symmetry and, I suppose, entertainment value, it couldn’t be more fitting that the Patriots’ vengeance tour, revived and thriving after Saturday’s 27-20 victory AFC Divisional Playoff victory over the Chiefs, must take a detour to the high altitude of Denver before the quest of reaching a seventh Super Bowl and winning a fifth can be completed.

Yeah, it’s appropriate that they must win in Denver, a locale that has not been welcoming to the Patriots even during the extraordinary success of the Tom Brady/Bill Belichick era. Twice, promising Patriots seasons (2005, 2013) have ended there, and the only postseason victory over the Broncos came at Gillette Stadium during the 2011 postseason when Tim Tebow was the Broncos’ unqualified quarterback. The Patriots suffered their first defeat of this season in Denver during Week 12, fumbling away a 14-point fourth-quarter lead. Weird things happen there, odd bounces and frustrating plot-twists and it’s hard to figure that’s going to change this week. I wouldn’t expect a lot of whistles in the visitor’s favor, you know?

No one said a vengeance tour, and righting all of the perceived or real injustices and slights along the way, was going to be easy, that those on the receiving end would cooperate. But the hype and tension in the buildup to this one is going to make for a long and stressful week. As you may have heard, barring an impossibly bold decision by Broncos coach Gary Kubiak to go with the quarterback, Brock Osweiler, who actually gives the team the best chance of having a productive offense, this is lined up to be the 17th meeting between Tom Brady and Peyton Manning.

You have heard about this, yes? Man, I thought we were done with it too, and I kind of wish we were. Injuries and ineffectiveness rendered Manning an afterthought for much of this season, and it seemed the final chapter of the Brady-Manning rivalry had been pecked out. Any question over who had produced the superior career ended in the fourth quarter of Super Bowl XLIX if not quarters, games, and even seasons sooner. All we needed to close the book was the epilogue, which presumably would come years later and explain all that Brady had accomplished after Manning had moved on to a second act as a team owner or broadcaster (Nantz/Manning ’17!) or commercial pitchman for the Guyer Institute.

Instead, Kubiak bestowed the job to Manning again in Week 17, and he’s been – I don’t know, adequate? Not too self-destructive? Really commanding while yelling “Omaha!’’? – since returning to the huddle. He threw for 69 yards in the regular season finale against the lowly Chargers. Sunday versus the battered Steelers – the Broncos should vote Vontaze Burfict a playoff share – he was decent, completing 21 of 37 passes for 222 yards. He did not throw a touchdown pass, leaving his home total of TD passes this season at … one. He finished the regular season with 9 touchdown passes and 17 interceptions, numbers that would look not-that-terrible on the back of a 1977 football card but are embarrassing in this era of complex, high-octane offenses that have every rules advantage. Even after his return, his fastball remains another quarterback’s changeup.

Of course, the narrative now is going to be that he’s the sympathetic ol’ gunslinger, headed out for one last battle with the black hats; why, he may even be unarmed! He’s the underdog – think of that, Peyton Manning, NFL royalty, the underdog – and thus no negative outcome will stick to him. If he flops, well, wasn’t he so valiant while getting annihilated? There’s a better chance of Deglategate being mentioned a dozen times on CBS’s broadcast Sunday than there is of Manning’s recent HGH mini-scandal being mentioned once. It’s not a no-win situation for the Patriots – it’s an only-win situation. No other outcome would be sufferable.

Either way, you’ve got to hand it to Manning. No really, you’ve got to hand it to him. Because handing it to him and the Broncos is pretty much the only way they can win – you know, like the Steelers did yesterday, or the Patriots did in Week 12. If the Patriots beat the Broncos, well, that’s how it was supposed to go, and gosh, wasn’t Peyton game in his fight and gracious in defeat? What a sportsman – oh, and are we sure Peyton wasn’t once the 199th overall pick and not Mr. Perfect Brady, because isn’t he such an everyman? He even sings to his chicken parm, just like I do! But should Denver somehow win, Manning will get a lopsided amount of credit, and he’ll have defeated Brady (improving to 6-11 against him career) in their last meeting, which would be hard to swallow, not mention cause for Roger Goodell to run laps around Sports Authority Field jumping up and down and singing happy songs like he’s auditioning for Glee.

If you’re someone without a rooting interest in this – say, an Atlanta Falcons fan who thought Deflategate and the Al Jazeera report were nonsense and just wants to watch a fulfilling AFC Championship Game – I can understand the appeal of Brady-Manning 17. It’s legend against legend, greatness against greatness, and it probably feels like a bonus since it was only a few weeks ago that we’d thought we’d seen the last of them on the field together. Sure, that’s all true. It’s why we love sports.

But if you’re a Patriots fan, you can acknowledge that this is probably how it should end while also wishing that the vengeance tour had detoured away from Denver. Can’t sports be – I don’t know, a little less dramatic sometimes? A little less stressful? How can this be fun when it’s so damn tense?

Yes, the Patriots are the better team; hell, Vegas has them as the favored team. They’re reasonably healthy now. Julian Edelman, Danny Amendola and Jamie Collins didn’t play in Week 12, and they lost Dont’a Hightower at halftime and Rob Gronkowski with two minutes left in regulation. This is a far more complete team than the one that saw its season end in Denver two years ago. Matthew Mulligan will not be a featured part of their passing offense this time around.

One can daydream of a rout, not to mention the symbolism of an ineffective Manning being replaced by Osweiler in a blowout. But it will probably remain just a daydream. Vanquishing Manning, the NFL’s favored son, one more time for all the old times would be satisfying, even cathartic. But it will not be easy in a place where the air is thin and the margin for error even thinner. Like Manning’s career itself, I’m kind of waiting for this one to be over.

Scenes from the Patriots’ playoff victory over the Chiefs