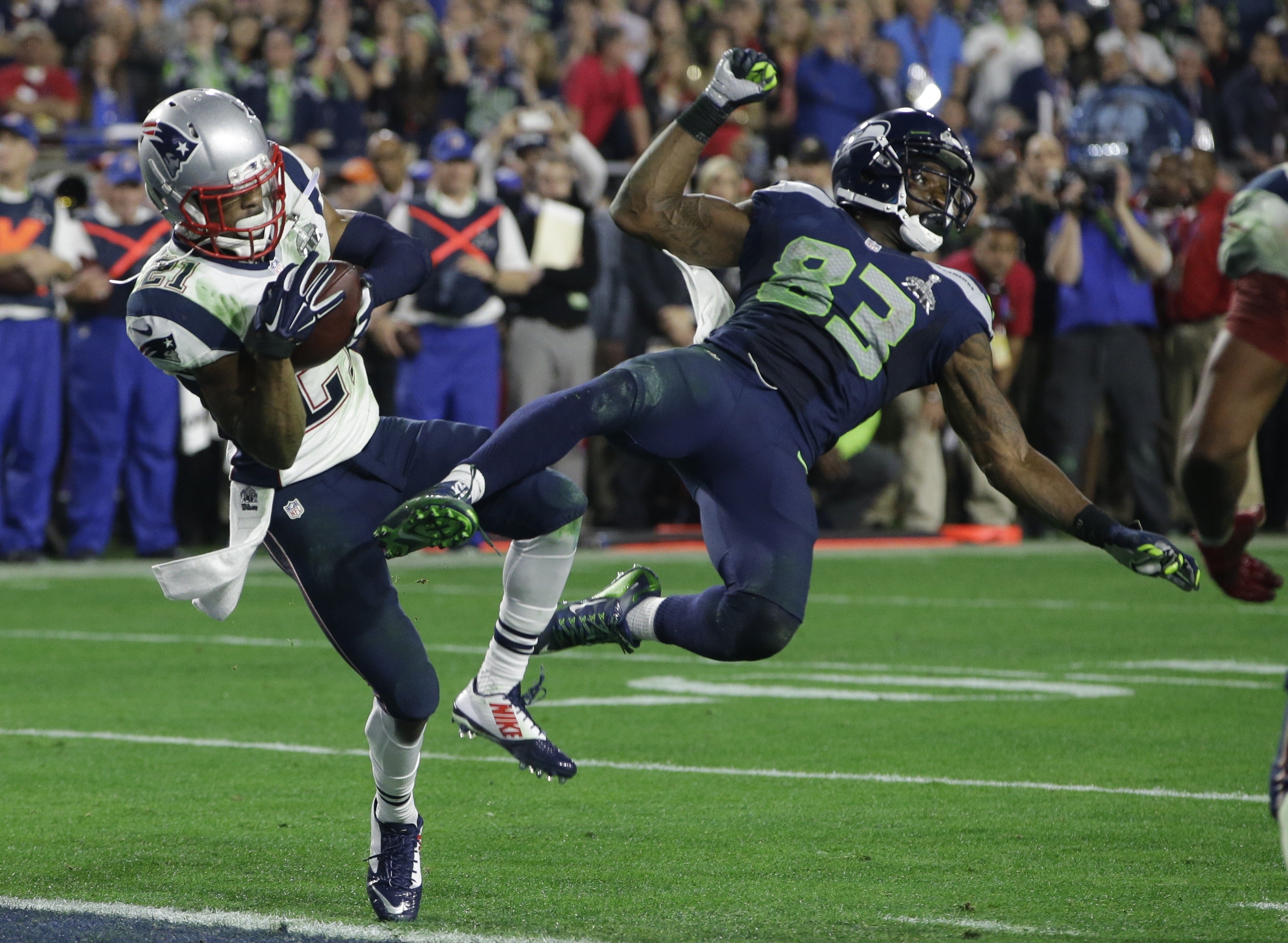 On Sunday night after the Patriots game I ended up at a karaoke bar in Los Angeles with two other transplanted Patriots fans. This isn’t a typical Sunday night activity for us but then again this wasn’t a typical Sunday night. That’s because earlier that day the Patriots didn’t defer on the opening kick off, and then couldn’t stop the pass rush, and then Tom Brady was overwhelmed, and then Stephen Gostkowski missed an extra point, and then for some reason they kept throwing deep balls to James White. Eventually they were upset in the AFC Championship Game by an opposing quarterback whose goofy smile is like a giant rusty nail across the world’s squeakiest chalkboard. So when the Super Bowl dream ended, my friends and I wanted to find a happy, upbeat atmosphere for the miserable conversations that needed to take place. Sure enough, we showed up to this karaoke night and everyone was already fists deep in liquid courage. They were happy. We were miserable.

The first round of drinks showed up and we raised our glasses, but didn’t say a word.

We didn’t have to.

Sometimes “THIS SUCKS!’’ is better expressed in silence.

The first order of business was what happened in Denver and that’s always the worst part. I know that sports talk phone lines are crazier than ever after a loss like Sunday’s, but I’m in the camp of just pretending the game never happened. The whole thing. Just strike it from the record. I don’t like to play the blame game and rehash every decision because there’s no point.

So Stephen Gostkowski missed an extra point that will literally haunt him for the rest of his life. We all know it happened. We know it changed everything. We also know that there’s no amount of bitching that will alter the space-time continuum and sneak that kick inside the uprights.

So Tom Brady didn’t exactly set the world on fire and had at least one incredibly horrible throw to set up the Broncos second touchdown. But you really want to waste your breath criticizing Tom Brady for not leading the Patriots to a fifth Super Bowl title?

And sure, maybe you think that Bill Belichick should’ve deferred on the coin toss, or had a better plan for that first offensive drive, or kicked field goals instead of going for it twice inside the 20. But you know what? For better or worse, that’s Bill Belichick, and it’s usually for the better. Not to mention, something tells me that Belichick’s not taking my Eternal Sunshine approach to Sunday’s game. Something tells me he’s spent the last two days re-watching the whole thing on a loop with his eyes stapled open and Diet Coke tapped into his veins — and only came up for air to fire the offensive line coach. Bottom line: Belichick’s only care in the world right now is figuring out how the Patriots can win two extra games next year, and I’d rather focus on that than second-guess what could have or should have happened. Especially when reliving what actually did happen is about as enjoyable as a drunken off-key rendition of Garth Brooks’ Friends in Low Places.

‘Cause I’ve got friends in low places

Where the whiskey drowns and the beer chases

My blues away and I’ll be okay

We felt bad for the guy up there butchering Garth’s music. The whole bar was uncomfortable, and wanted him to stop, but he didn’t care. He was on fire. He really thought he was Garth Brooks. And you know what, good for him. At least he was enjoying himself — enjoying life — as opposed to pouting in the corner like a 35-year-old baby because his football team (which has won twice the Super Bowls of any other team over the last 20 years) won’t repeat as champions.

“I just want one more,’’ said a fellow man-baby. “And I wanted this one. I wanted Goodell to give Brady that trophy with his hands shaking and his voice cracking. That would’ve been it. Pay back for everything.’’

You know it’s games like Sunday’s that leave you questioning why you care about a stupid game so much in the first place. Life’s hard enough without investing six months in exchange for watching Phil Simms drool over Peyton Manning in the Super Bowl. But really, it would’ve been so great to see Goodell hand that trophy to the Patriots. That dimension would’ve made this title in particular so sweet. On the flip side, it’s infuriating to think about how much Roger Goodell must’ve enjoyed watching the Pats fall. He was probably the only man in America happier than Jim Nantz. Not only does Goodell now avoid his worst nightmare on the post-game podium and the constant DeflateGate questions that would’ve accompanied Brady to Santa Clara, but the NFL and its partners get to run Peyton Manning up the flagpole for two weeks. It’s like what Christmas used to be for Goodell before Satan made him give it up.

On that note at least now the Pats can avoid whatever new scandalous DeflateGate leak the NFL had planned for this week. And with another round of drinks on the table, and Aerosmith’s “Dream On’’ about to electrify the entire room, we’re now wondering what Goodell had up his sleeve in case the Patriots had made it.

He probably found records of Gisele receiving a shipment of ball gauges at the Brady house.

He probably had it on good authority that Brady and Alex Guerrero are killing endangered manatees for the nutrients in their whiskers.

I know nobody knows

Where it comes and where it goes

You got to lose to know how to win

If you’re in the right mood, few songs will get you more hyped than Dream On, and in this case everyone at the bar was in the right mood. It didn’t hurt that the guy on the mic could’ve been Steven Tyler himself, or a least a guy who pretends to be Steven Tyler on Hollywood Boulevard. And there’s just something about that song and Boston. Maybe’s it’s the Aerosmith connection, or more likely it’s that City of Champions montage from a few years ago but either way this felt good. Because you know what? There will be more opportunities. There’s still reason for optimism surrounding this team.

Rob Gronkowski and Devin McCourty are under contract for four more seasons. Brady, Julian Edelman, Nate Solder, Danny Amendola, Patrick Chung, Dominique Easley, Dion Lewis and Bryan Stork are here for at least two more. And in the shorter term, every key player from this year’s defense should be back next season. And let’s not forget how good this year’s defense was and how much better they can be. This was the first time since 2008 that the Patriots D finished in the Top 10 in both points and yards against — and they were rarely 100 percent healthy. Now next season you bring everyone back, another year stronger and wiser and in tune with exactly what Belichick and Matt Patricia want them to do. Again, you have that Brady, Gronk and Edelman core on offense. Hopefully you add at least one more legit target to take over Brandon LaFell’s role. And of course you still have Bill Belichick working and grinding and innovating five steps ahead of the majority of the competition.

Obviously injuries are everything. Every single NFL prediction is made under the AS LONG AS THERE ARE NO CATASTROPHIC INJURIES umbrella. But as round three arrives we’re all wailing on the table —

Yeahhh, sing with me, sing for the year

This wasn’t Brady’s last crack at No. 5.

Sing with me, just for today

Maybe tomorrow, the good Lord will take you awaaaay

But what if it is? Or what if it was? In reality anything can happen. Maybe Gronk can’t stay healthy. Maybe Edelman’s body goes the way of Wes Welker’s. Maybe it comes time to extend Chandler Jones, Jamie Collins, Malcolm Butler and Dont’a Hightower and one or more of them don’t get done. Maybe Belichick abruptly retires to pursue his dream of playing professional baseball. Maybe there’s one play in one random game where one offensive lineman trips over himself and a psychotic linebacker takes a free shot on an unsuspecting 39-year-old Tom Brady — and suddenly it’s Jimmy Garoppolo’s team.

These are all things that no one wishes but certainly exist in the spectrum of reality. And if we’re being really real, it’s more likely that at least one thing goes epically wrong over the next few years than it is that everything goes right. This is the NFL. We’ve seen it a million times.

That’s roughly the same number of times that you’ve seen this:

And I’m gonna be high

As a kite by then

Round four — TO MALCOLM!

Forget everything that happened this year. That’s icing. Forget everything that might happen next. That’s pornography. Instead just remember last year one more time, and think about where New England would be without it. Know that we might have been at the same karaoke bar but instead of whiskey, our glasses would’ve been filled with motor oil and cyanide.

And I think, its gonna be a long, long time

Till touch down brings me ‘round again to find

But really, in the immediate aftermath of the 10th heartbreaking season ender in the last 11 years, just remember how lucky New England is that it’s not 11 out of 11; that there’s peace; that Brady didn’t retire without getting back on the board and tying Montana and Bradshaw; that he squashed the demons of both those Giants games; that if this was his last shot, it’s OK. It’s not preferable but it’s OK. And all because of that ridiculous play call and that last second substitution and the biggest interception in NFL history.

Round five, one more time — TO MALCOLM!

If there’s one thing that Malcolm Butler taught us all it’s that when life presents you with a warp zone to greatness you better jump through. And maybe that’s what was going through my friend Dave’s head as he suddenly stood up from the table. Or maybe it wasn’t as much Malcolm’s example as it was the half bottle of whiskey.

Next thing we know he makes a b-line for the DJ booth and then he’s up on stage with the microphone in his hand.

I would swallow my pride, I would choke on the rinds

But the lack thereof would leave me empty inside

Swallow my doubt turn it inside out

Find nothin’ but faith in nothin’

For some reason he went with Inside Out by Eve 6.

Heart in a blender

He really gave it his all, too. He belted out every word and pumped his fist throughout the chorus and even tried to get the crowd involved.

Watch it spin round to a beautiful oblivion

Rendezvous, then I’m through with you

And it was awful.

Chalk white and oh so frail

Hands down the worst performance of the night.

I see our time has gotten stale

People in the crowd started to whisper and laugh. It was hard to watch. By the second verse I was pretty much looking away with my eyes closed just praying that the song would end.

The tick tock of the clock is painful

All sane and logical

I want to tear it off the wall

He walked back over and said it was only the second worst feeling he’d had all day.

I hear words and clips and phrases

My stomach turns and I exhale

Ranking the Patriot’s playoff losses in the Tom Brady era