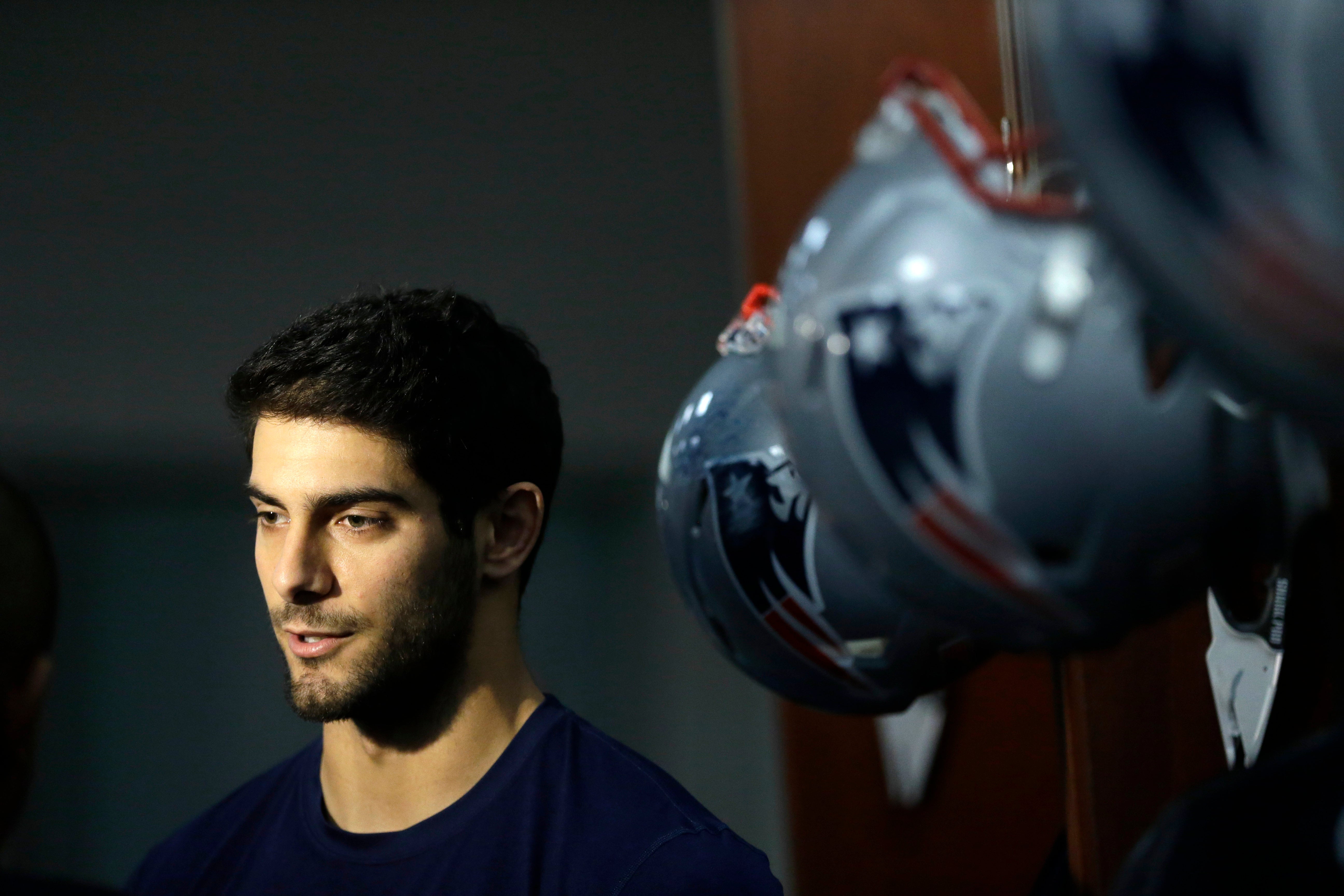 There was some unscheduled turmoil in New York Thursday afternoon, where the NFL’s appeal of the ruling that lifted Tom Brady’s four-game suspension actually looks like it may work. In the span of an hour, something that was perceived as a likely landslide victory for the New England Patriots quarterback could actually lead to Brady missing a quarter of the season.

The good trio of judges at the U.S. Court of Appeals for the Second Circuit seemed to go at the National Football League early in the first Deflategate proceedings in some six (!) months, but they apparently were saving their venom for Brady’s side, making it sure seem as if the Patriots aren’t going to escape this latest detour as well as they did the farcical original pursuit.

It was Judge Barrington D. Parker who had perhaps the most damning criticism, explaining that Brady destroying his cell phone during last year’s investigation raised the stakes in this appeal.

“An adjudicator looking at these facts, it seems to me, might conclude that the cellphone had incriminating information on it and that, in the teeth of an investigation, it was deliberately destroyed,’’ Parker said. “So why couldn’t the commissioner suspend Mr. Brady for that conduct alone?’’

If things turn out the way some pundits and legal analysts are predicting, the NFL is going to win this thing, an unlikely turn of events that joyous Patriots fans couldn’t have dreamed of after judge Richard M. Berman became a New England cult hero. (Bright side: Those “Free Tom Brady’’ t-shirts should come back into fashion.)

It could take months for the sitting judges to make a decision on the matter, leaving Brady and the Patriots twisting in a suddenly-stressful wind of uncertainty. Particularly after Judge Denny Chin said evidence of ball tampering was “compelling, if not overwhelming.’’

Well, there goes that vote then.

Which all brings us, somehow, back to Jimmy Garoppolo, the Patriots backup quarterback who became a topic of trade talk earlier in the week when Brady signed a two-year extension with the Patriots that will secure him with the team until he is 42 years old. Garoppolo is 24 years old, the same age Brady was when he won his first Super Bowl title 14 years ago. He’ll be 28 by the time Brady’s deal ultimately expires, the same age Brady was when he already had his name attached to three Lombardi Trophies and two Super Bowl MVP awards.

That’s not to argue it’s the same career path that Garoppolo is going to follow (if you want to, feel free…we’ll be over there), but it does put his future into context. The Patriots would reportedly start conversations about trading for Garoppolo with a first-round pick, which is a way of gaining at least some leverage in this year’s NFL Draft, where they’ve been left without a first-round pick following the Deflategate punishment. If the Patriots can swindle that out of the Houston Texans or Cleveland Browns — both quarterback-thirsty franchises — they’d be foolish to worry about a four-game stretch that they need to win should Brady be suspended.

I mean, a first-round pick for a kid who has thrown 31 passes over two seasons as an NFL backup? Seems unrealistic, but who are we to argue?

If that’s the situation of the return the Patriots might be able to get for Garoppolo, you think they’re worried about how a quarter of the 2016 season might have to be handled?

Should they be concerned about more though?

Granted, we never want to utter the words around these parts, but what if Brady, at the age of 38, you know…ages at some point in the near future? What if he isn’t as good a quarterback at 40 as he’ll be at 39? What if the Patriots had the right guy to take the reins, as everybody figured when Bill Belichick made him the first quarterback Belichick has ever taken in the second round? What if the next guy is…and I’m sorry to say this…not that good?

It’s not that Patriots fans should expect Garoppolo to be the Aaron Rodgers to Brady’s Brett Favre, but here is a guy that has spent two valuable years in the system already, and who seems to have a capable approach both physically and mentally with his readiness, in the unlikely event that he’s ever needed. That should count for a lot, especially when the pressure of LIVING UP TO TOM BRADY is ever-present. Not much can change that.

You want Garoppolo handling that, or some kid still playing in college? Or Matt Flynn?

If Brady certainly has four years left under his arm, then, see ya. But that guarantee is impossible to embrace unless you’re a paid employee of the TB12 performance center. If you don’t want to move the backup for fear of what might happen this season, I get you. But you have to understand that the inevitability of what takes place in the future, future, should be just as up for discussion. Someday. Maybe.

If the judges could at least announce their decision when there’s a pair of Buffalo games on the schedule, that would be appreciated around here.

Tom Brady on unnamed team that didn't sign him: 'You're sticking with that motherf-----?'