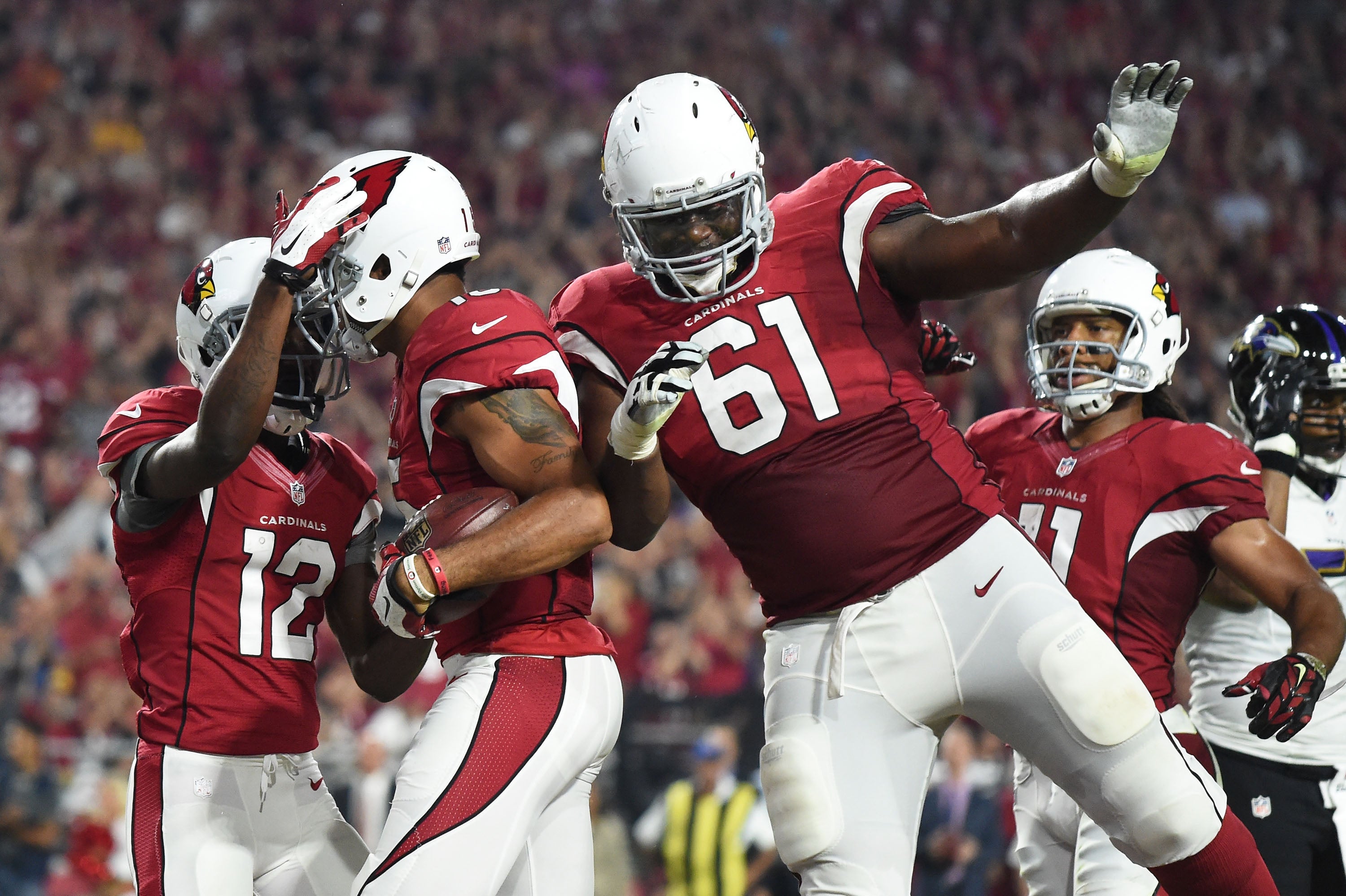 On the one hand, the New England Patriots got some desperately-needed reinforcement on the offensive line with the acquisition of Jonathan Cooper, acquired with a second-round pick from the Arizona Cardinals for defensive end Chandler Jones.

On the other…well, Cooper.

It’s pretty astonishing, in the aftermath of Bill Belichick trading away one of his best defensive presences, to take the pulse of Patriots fans and find that the grand majority are on board with the decision to deal Jones to the Cardinals. That’s partly because the Patriots are so thirsty for line help, not to mention draft picks in the wake of the Deflategate punishment. It’s partly because Jones’ departure was hinted about for quite some time now with New England’s impending necessity to pay fellow defensive colleagues Malcolm Butler, Jamie Collins, and Dont’a Hightower and not enough cash to spread around the NFL’s salary cap restrictions. It’s partly because Patriots fans are, by their own admission, gullible suckers in following the faithful mantra of “In Bill We Trust.’’

Still, Jones is still one of only three players in the NFL to have at least 200 tackles, 36 sacks and 10 forced fumbles since the Patriots took him in the 2012 NFL Draft with the 21st pick. And the Patriots just surrendered him for a guy that’s more referred to as a “bust’’ than a viable and consistent starting guard.

It hasn’t been an easy road for the No. 7 pick in the 2013 draft, either injured or benched during his time with the Cardinals, who may be ecstatic to rid themselves of the constant query of what they’re going to get out of their first-round lineman. There was talk of moving Cooper to center this offseason, and his limited playing time was seen collectively as either his own inability to commit to improvement, or the coaching staff’s unwillingness to groom him.

Now, marry Cooper with former Patriots offensive line coach Dave DeGuglielmo, and perhaps you might expect something only a little better than Marcus Cannon to come out of the fold. (Granted, not that that would be much.)

With longtime former and current man on the job, Dante Scarnecchia, there’s plenty of reason to believe that New England can summon the talent that made Cooper one of the hottest-sought players of the draft only three years ago.

Of course, the Patriots went and filled the gap left by the Jones deal by signing free agent defensive end Chris Long late Tuesday night, which, alas, probably gives them a pair of boom or bust potentials bred from such promise. The 30-year-old Long, released by the Los Angeles Rams last month, was the second overall pick in the 2008 draft, but he hasn’t been great the last few seasons. Long started only five games in 2015, six the season prior, with a total of 14 tackles and nine sacks over the two-year, injury-plagued span.

But Long is just the kind of defensive guy, underrated at this stage of his career, that Belichick has proven time and time again that he can either resurrect or squeeze whatever final bastions of usefulness he can out off him if it gets desperate.

“No excuses, the last two years have been (bleep).’’ Long posted to his Instagram account upon being released. “It’s been painful to experience because I care deeply about my performance and my responsibility to my teammates. Before the last two years, I’m very proud of what I was able to accomplish in St. Louis.’’

There is also, of course, the chance that Long never makes the team, which will leave the Patriots satisfied with whatever they can pick up in the draft or the scrap heap for a more dominating presence on their defensive line.

But based on his thoughts of Deflategate, Patriots fans will love to welcome him to Foxborough in any regard.

“Let’s get down to it: this story isn’t as much about air pressure as it is about the cult of the New England Patriots,’’ Long wrote in The Players’ Tribune last year. “The Patriots are really good at two things: winning football games and not giving a shit what you think about them. This modus operandi has earned the Patriots an equal number of fans and haters. One thing that drives people crazy is Belichick’s ‘less is more’ school of media engagement. Media relations, after all, is a game. It involves three parties: the teams, the media and the fans. All three groups know it’s a game, but if a player or a coach doesn’t play ball, people get pissed. Bill Belichick is not only a Hall of Fame coach, but he is also the undisputed heavyweight champion when it comes to flustering members of the media. I find it hard to believe Deflategate would be as big of a story without Belichick and Brady as the villains. Anybody heard about the recent Cleveland Browns texting allegations? I didn’t think so.’’

Cooper, meanwhile, is pretty much a guarantee to see the opening roster come September. Though he’s making $675,000 this year, the team has until May 3 to exercise the 2017 option on the guard.

According to Kent Somers of the Arizona Republic, Cooper admitted he had lost confidence and tended to dwell too long on mistakes. It probably didn’t help that Cardinals head coach Bruce Arians benched the guy last season in favor of Ted Larsen.

But Arian’s faith in Cooper still never seemed to wane, even despite the player’s constant battle to find his way into the lineup.

“I think when you look at the offensive linemen that are coming out of college today, it’s going to take them a while to get to this level,’’ Arians said. “He’s tough. He’s athletic. He’s just continuing to grow. Right now, we don’t have time for the growth because Teddy’s got more experience and is playing better.

In Bill We Trust and Everything.