There is some Alan Branch-sized irony to be found in the Monday revelation that Patriots owner Robert Kraft sent a letter to NFL commissioner Roger Goodell requesting that the league reconsider its decision to strip the franchise of first- and fourth-round draft picks as punishment for Deflategate.

Instead of fighting the league, Kraft is taking a sad tactical clue from it. He’s offering an empty gesture in a transparent attempt to prove he stands for something that all previous evidence suggests he does not.

Goodell’s NFL habitually cites a vague but determined quest for “integrity” at every turn and circumstance in which the men who run the league don’t appear to possess any whatsoever. Image and perception is everything to them, yet they have a comical knack for utterly misreading how their actions will be perceived, especially when it comes to matters of discipline. They never, ever get it right on the first try, because the motive is not pure. The NFL wants to appear to be doing the right thing more than it actually wants to do the right thing.

That is the exact tactic Kraft took Monday when he acknowledged sending the letter, which we can only hope didn’t include the plea “pretty please, Roger.” It was a play for favorable perception among Patriots fans, but one enacted passively enough so as not to disturb the delicate egos of his 31 fellow owners, a billionaire boys club apparently so dysfunctional that Jerry Jones has emerged as its alpha.

Kraft does not recognize that his pandering to the fanbase is conspicuous. He doesn’t know that you know this is a no-win situation and has been virtually since the over-the-top punishment was first delivered because of the power structure of the league. Had Kraft and the Patriots appealed the punishment at that time, the appeal would have been heard by the man who delivered it. I am comfortable in saying that Goodell does not strike me as a man who does much soul-searching and reconsidering after even his most warped verdicts are rendered.

There was no hope from the beginning, but that does not mean Kraft did not make mistakes along the way. Consider the timeline of his various statements during Deflategate. Upon arriving in Chandler, Arizona last January for Super Bowl XLIX, Kraft shook his fist at the league and strongly indicated he was willing to fight.

“If the Wells investigation is not able to definitively determine that our organization tampered with the air pressure in the footballs, I would expect and hope the league would apologize to our entire team, and in particular to coach Belichick and Tom Brady, for what they’ve had to endure this week,” Kraft said then. “I’m disappointed in the way this entire matter has been handled and reported upon. We expect hard facts rather than circumstantial leaked evidence to drive the conclusion of this investigation.”

He seemed genuinely angry. It’s the closest I can recall an owner coming to the mic-drop moment, and it made Patriots fans believe that he was ready for a fight. The expectation that Kraft would battle the NFL was enhanced when the Wells Report did come out and its conclusions were as hazy and bewildering as its attempts at science. So it came as a disappointment last May, at the NFL spring meetings in the aftermath of the release of the Wells Report, when Kraft essentially stood down.

“Believing in the strength of the partnership and the 32 teams, we have concentrated power of adjudication in the office of the commissioner,” Kraft said at the time. “Although I might disagree with what was decided, I do have respect for the commissioner, and believe he’s doing what he perceives is in the best interest of the full 32. In that spirit, I don’t want to continue the rhetoric that has gone on for the last four months. I’m going to accept, reluctantly, what he has given to us. And not continue this dialogue and rhetoric. We won’t appeal.”

Kraft’s mistake there was two-fold at a minimum. He should have appealed, because even if it was a dead-end recourse, it was the only path he had. It’s almost as if he underestimated the value and importance of the first-round pick because the possibility of Brady being suspended for a quarter of a season was so shocking.

The other element of the mistake? Trying to win through diplomacy and trusting that taking the high road might lead Goodell to reduce Brady’s suspension. If Kraft is as plugged in to league matters as his reputation and responsibilities suggest, he should have had an inkling that the other 31 owners were all but rejoicing at the punishment, and Goodell enjoyed being in their good graces.

He had no leverage. But when Brady’s suspension was upheld in July, Kraft did somehow manage to summon just a little more angry rhetoric.

“I was wrong to put my faith in the league,” Kraft said then. “Given the facts, evidence and laws of science that underscore this entire situation, it’s completely incomprehensible to me that the league continues to take steps to disparage one of its all-time great players and a man for whom I have the utmost respect. Personally, this is very sad and disappointing to me.”

He was so sad and disappointed that … he did nothing. Perhaps he was waiting to see how it would play out in Judge Richard Berman’s courtroom. Perhaps he didn’t have the stomach for a fight that couldn’t be won. Or perhaps he did not want to continue to address it again and again as the season approached. Regardless, that was the time for the letter to be sent; not a couple of months before the start of the draft.

I suspect that this is the most likely reason Kraft did not fight: He’s worried about two ends of his legacy. He wants to be remembered as a mover and shaker in the league, someone who got deals done (such as the various TV contracts as well as the last deal with the players’ union) and earned a place at the table with the league’s bluest bloods, the Maras and Rooneys.

But he also wants Patriots fans to admire him unabashedly, which is why he was rattling off various statistics Monday about the franchise’s success in the 23 years he has owned the team. It bothers him that there’s a perception that when the NFL’s interests and the Patriots’ interests diverge, he’s going to side with the league rather than his team. It should bother him, too, because that perception is real and wholly justified.

Of course, he shouldn’t worry too much. A decade from now, when this remarkable era is history, all of the key players – including the owner – will be remembered with fondness. Robert Kraft will have the hagiography he desires, and we’ll all have forgotten that he was unwilling to throw a few haymakers because he’d already determined a fight couldn’t be won. 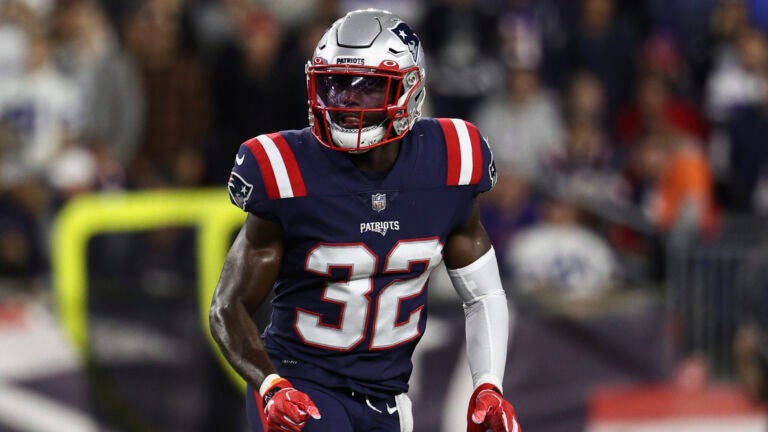