BOCA RATON, Fla. (AP) — The chop block has been entirely outlawed from NFL games, and extra-point kicks snapped from the 15-yard line are now permanent.

NFL owners voted Tuesday to approve both those proposals by the competition committee. They also passed a resolution to expand what is a horse-collar tackle to cover the nameplate on the back of jerseys.

In all, seven rule proposals were approved. The others involved coach-to-player communications from the sideline as well as the press box; adding a delay-of-game penalty to a team that calls a timeout when it has none remaining; removing a 5-yard penalty for a receiver illegally touching a pass after being out of bounds; and eliminating multiple spots of enforcement for a double foul after a change of possession.

The chop block, in which a player blocks an opponent low while the opponent is engaged high with another player, had become more limited in the league because of various rule changes. Now, all forms of it have been banned, with violators drawing a 15-yard penalty.

The competition committee felt it was a dangerous play. Some NFL coaches believe eliminating the chop block will affect the ground game.

The extra point snaps from the 15 were an experiment for 2015 that worked so well that making it permanent was a given. Efficiency on extra points from the 33-yard-line or so dropped from more than 99 percent to just over 94 percent.

‘‘We made it a meaningful play,’’ said Rich McKay, president of the Atlanta Falcons and co-chairman of the competition committee.

Like the chop block, the horse-collar tackle can lead to serious injuries. This alteration makes the call easier for on-field officials.

‘‘This play has really evolved, or this rule has evolved over the years,’’ said Dean Blandino, the NFL’s officiating director. ‘‘Your classic horse collar (is) where the defensive player gets inside the collar of either the jersey or the shoulder pad from behind or the side, and pulls the runner toward the ground. We had several plays over the last couple of years, and you just watch this at full speed and it’s the same mechanic. …

With those items out of the way, the owners will turn their attention to proposals regarding ejecting players for two unsportsmanlike conduct penalties; allowing coaches and players on the sideline to use video on their tablets rather than just photos to review plays; and increasing coaches challenges from two to three or enhancing what plays can be reviewed.

AFC coaches who met with the media Tuesday were asked their opinions about player ejections for two unsportsmanlike acts. There are specific criteria for what those fouls would be, including throwing punches or kicking at opponents, taunting and using abusive, threatening or insulting language or gestures.

‘‘I think we’re talking about the integrity of the game,’’ Texans coach Bill O’Brien said, ‘‘and we’re trying to do a good job of making sure that the game is played cleanly and things like that.

‘‘I think the one thing that’s going to be difficult is that let’s just say one of your best players gets an unsportsmanlike penalty early in the game, is he going to become a target, meaning like are they going to go after this guy to try to get him to do something where he gets kicked out of a game?’’

Patriots owners Robert Kraft said Monday he is comfortable with the level of safety in the NFL.

‘‘I think the game of football has never been safer than it is today,’’ Kraft said. ‘‘I played. My sons have played. I have three grandsons who play now. So we have three generations playing this game. We believe in it. … I think life lessons and what you get out of playing football is way beyond the risks of what happens. I honestly believe the risks are being managed as well as they can be today.’’ 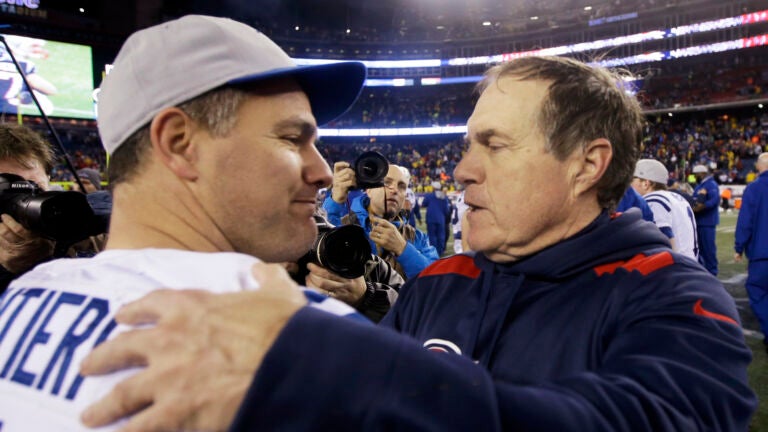