NFL Commissioner Roger Goodell did receive Robert Kraft’s letter, but he did not decide to give the Patriots back their draft picks.

Two days after the owner of the Patriots revealed that he wrote a letter making a case for the return of draft picks taken from the team as punishment for Deflategate, Goodell stated that his position hasn’t changed on the matter.

“I did receive a letter from Robert Kraft a few weeks back,” Goodell said at the NFL’s annual meeting on Wednesday in Florida, via NFL.com. “I also responded to him two weeks ago and told (him) that I had considered his views. I didn’t think there was any new information in there that would cause us to alter the discipline. There will be no changes to the discipline.”

The Patriots were stripped of a first-round pick in 2016 and a fourth-round pick in 2017 as part of the NFL’s discipline in the football deflation scandal. The league also suspended quarterback Tom Brady for four games. The legal battle over Brady’s punishment continues.

“I personally believe that when the league made their decision, they did not factor in the Ideal Gas Law. They admitted that publicly. They had a full year of being able to observe Tom Brady play with all the rules of whatever the NFL was, and make any judgments there,” Kraft told ESPN on Monday. “We have laid it out pretty straightforward. And now it’s up for them to decide.” 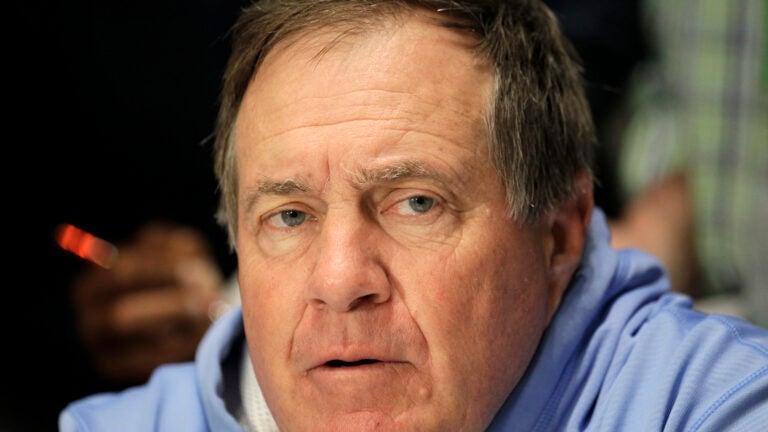 Bill Belichick isn't in a jolly mood and we're supposed to be surprised?