Linebacker Shea McClellin: “It’s definitely hard to prepare for the Patriots. You never know what they’re going to do. Looking at it from the defensive side of the ball, they could come out with lots of different personnel, all that kind of things. They could come out in anything really. They have so many weapons and of course they have Tom Brady, one of the best quarterbacks, if not the best in the NFL so it’s definitely tough.

“Anytime you play an away game it’s going to be a tough atmosphere but it definitely seems like the fans were well into everything. I heard they have great fans out there so we’ll see.”

Wide receiver Nate Washington: “Well, anytime I’ve had the Patriots on my schedule I knew it was going to be a tough week for the simple fact that every single team is going to be hardworking and very challenging. They were going to do their homework on the team that they were facing and understand how they were going to go about beating them and it was a difficult time because when you’re preparing against a team like that you kind of have to go and look at your flaws.

Defensive tackle Terrance Knighton: “Consistency. Obviously, a team that has a history of being a contender every year. … Speaking with a few ex-players, I had a long talk with Vince Wilfork obviously before signing, and he was telling me that it’s a grind but at the end of the day it’s football. It’s a good environment to be around, it’s a good building to be in, and he had nothing but good things to say about the organization. Like I said, I’m just excited and I’m just looking forward to getting in the building and learning as much football as I can and being around the guys. 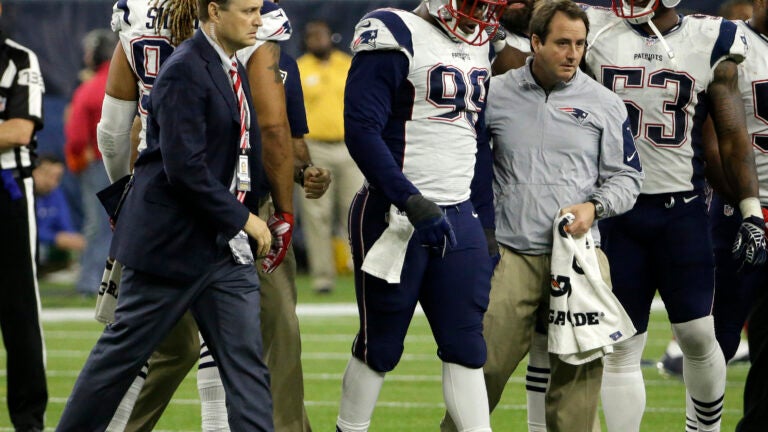