Tom Brady hit Facebook on Friday afternoon and dropped the mic on Deflategate — and in New England that’s disappointing on a few different levels. For one, Brady will miss the first four games of the season. That’s bad regardless of the schedule or how fresh it leaves him for the playoffs. Second, there’s the question of how many more times Patriots fans will even get to watch Brady play. You figure another 50 starts at most? Well whatever that number was, you can now subtract four.

Above all else, Brady’s announcement brought on a frustrating sense of defeat. As the message went viral you could close your eyes and see Roger Goodell raising his scotch glass in a boardroom full of sheep, cracking horrible jokes and lighting another cigar. The commissioner hasn’t been this excited since Kenny G’s last album. He’s grinning ear-to-ear like Rob Gronkowski the first time he googled “boobs”.

There’s also be the predictable chorus of haters and trolls who will do everything to push the narrative that this makes Brady guilty. They’ll love to say this ruins his legacy. They’ll have even more fun watching the public’s reaction. In that sense, Brady calling off the fight has injected chaos into the football world, and evil loves chaos. The worst thing about all of this is the feeling that evil came out on top. The bad guys won. The NFL lied, manipulated and spent million of dollars trying to take down Tom Brady and there’s nothing anyone could do about it.

But actually here’s what you can do about it.

On the other hand there’s Roger Goodell. On the surface he’s the big winner here. He beat the great Tom Brady. He showed the world he can do whatever he pleases. But for a second let’s take a step back, look at everything that happened over the last 18 months, and ask what it is that Roger Goodell accomplished?

For one, he lost the support of his most powerful and loyal owner. You can say all you want about Robert Kraft standing down against the appeal. He’ll continue to put the league first on all pertinent matters. But in doing that, do you think he still believes Goodell is the best man for this job? You think he’ll still do everything he can to preserve Goodell’s reputation? And while some owners obviously loved to see the Patriots squirm, no one was happy with how this played out. They have less faith in Goodell than before DeflateGate came around.

For 18 months, Goodell was also repeatedly skewered in the media.You can say the same about Tom Brady, but when you get a chance go back and read the columns that killed Brady. Then read the columns killing Goodell. Then ask yourself which ones hold up better. Especially for the second half of this ordeal, Goodell was constantly railed on by top national columnists at Yahoo!, The Washington Post and world renowned scientists for the New York Times. Through it all, Goodell looked and still looks so much sillier and incompetent than he ever has before. And that’s saying something.

That’s Goodell’s big victory in all this. The court confirmed the little known aspect of the CBA that says the commissioner can do whatever he wants. That he could quite literally announce one day that Odell Beckham Jr. is a witch. He could then produce a 10-page independent investigation — finger painted in ketchup by a hobo — that proves that Beckham is a witch. He could then suspend Beckham for four games while screaming “Article 46! Article 46!” and there’s no one that can stop him. He still has that power.

But here’s the thing: Now everyone knows it.

Before DeflateGate, Article 46 wasn’t a story. It barely existed. The players certainly didn’t know about it or at least didn’t realize how far reaching it was, or they never would have agreed on it. The truth is that by some act of genius on the league’s part, or incompetence on the union’s part, Roger Goodell was golden. He could do whatever he wanted. He could have gone about his business, lying and manipulating a little here and there. People would have been angry but never angry enough to make it a national story. The only way this abusive power could reach the surface is if Goodell abused it.

And now it’s locked in under the radar of a NASA telescope.

Now the secret is out. Now you can be damn sure that when the CBA is over, the players won’t take the field again until Article 46 is dead. Sure, that’s not until 2020, but can be sure that there’s not a player in the league who will trust anything out of the commissioner’s office until then. You can be sure that while Brady only has to think about Deflategate for four more games, it will stick with Goodell for another four years. And while the commissioner may have won this battle, there’s no way he wins the war. 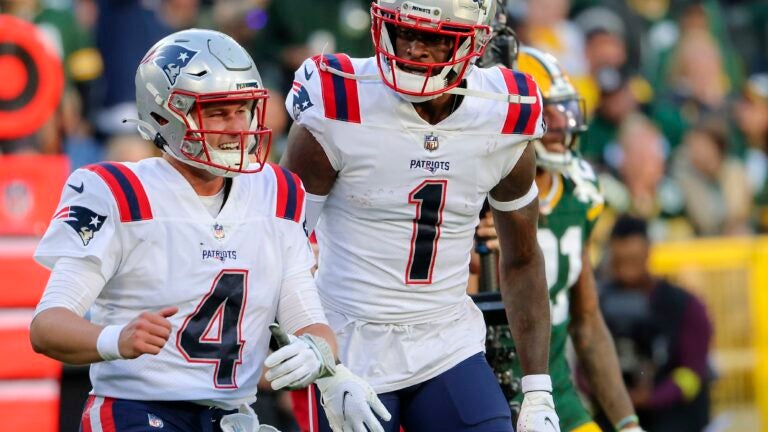 When is a loss impressive? When the Patriots are down to a rookie QB against Aaron Rodgers