Tom Brady travels with the Patriots to New York to face the Giants, the Red Sox call up top prospect Yoan Moncada, and the Sox beat the Rays.

Tom Brady travels with team to New York for final preseason game: New England Patriots quarterback Tom Brady has made the trip with the team to Thursday’s preseason finale against the New York Giants at MetLife Stadium, although a question still remains if he will play. (ESPN.com)

Steven Wright says he’s got ‘lingering effects’ from his shoulder injury: “It was the first time I’ve had anything go wrong with my shoulder,” Wright said. “So the biggest thing is just trusting that it’s strong and healthy. The big mental thing for me is just trying to get over the fact that I can go through my five-day routine, trusting that it’s good. There are still some lingering effects definitely going on.” (MassLive.com)

Brandon Browner reportedly punched Darrelle Revis in face during Patriots’ Super Bowl-winning season: “It gets to the point where Browner actually wound up and cold-cocked Revis right in the face, knocks him down to the ground, and those two had to be separated by the rest of their teammates,” Boston Herald reported said on his podcast, via boston.cbslocal.com. (Locked on Patriots podcast)

.@Isaiah_Thomas Thank you for stopping by and delivering a perfect performance. ?? pic.twitter.com/809gBVCZbD 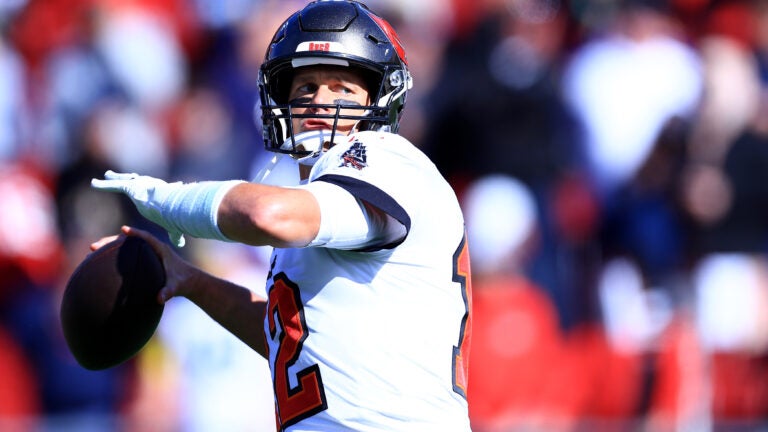